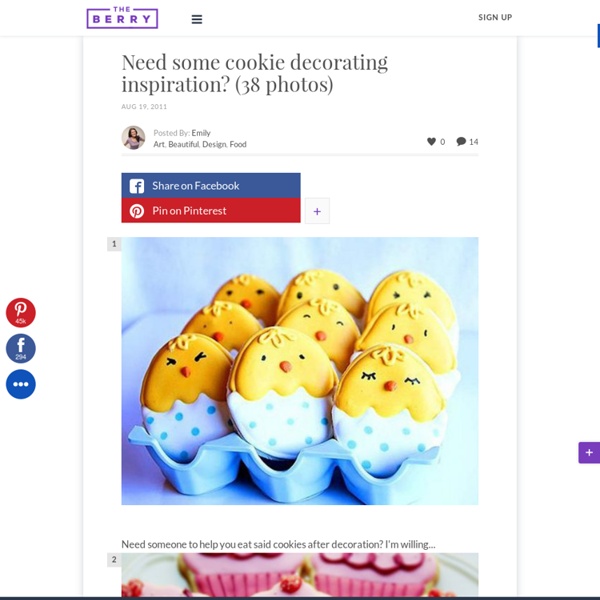 Strawberry & Chocolate Nachos I’ve said it once and I’ll say it again: sometimes the best creations are the ones you don’t set out to create! This might be my new favorite thing. It’s the perfect easy, throw-together, family style dessert for summer. I did a local tv segment this week and made my Baked Cinnamon Chips and Fruit Salsa. When I got home I had a bag full of cinnamon chips left over and started snacking. Then my boys walked in from the back yard with handfuls of strawberries from our garden and I started thinking about how chocolate covered strawberries sounded so good right then because my first thought when I see any sort of food product is how it would taste covered in chocolate. So I chopped up those berries and let them sit in a spoonful of sugar for a bit. Then I sprinkled them all over those crispy cinnamon-sugar coated chips. I grabbed some chocolate chips, and ate a few. Adding just a touch of vegetable oil or shortening to your chocolate makes it nice and smooth for drizzling. Holy Frijoles.

DIY Cupcake Frosting Color Chart The May issue of Food Net­work Mag­a­zine has one of the coolest fea­tures ever inside: a cup­cake icing color chart! The chart shows you how to make lovely pas­tel frost­ing shades in every color using a basic food col­or­ing kit (red, yel­low, blue, and green). The mag­a­zine also includes a recipe for white frost­ing to use as a base for the col­ors and a vanilla cup­cake recipe. Want to make the col­ors pop even more? Make the frost­ing metal­lic using lus­ter dust, a non-toxic edi­ble powder. For those who missed out when the issue hit the news­stands, Food Net­work posted the frost­ing color recipes on their web­site. Need help adding tex­ture to your col­or­ful new treats? Be sure to let me know how your new & improved cup­cakes turn out! Related

Watermelonade Recipe at Epicurious.com - StumbleUpon photo by Roland Bello yield Makes 1 gallon (serves 16) active time 30 min total time 30 min You would be hard-pressed to find something more refreshing than watermelon. This cooler is easy to make, beautiful to behold, and not too sweet. Garnish: lemon slices; mint sprigs Preparation Cut watermelon flesh into 2-inch chunks and discard rind. Cooks' note: Watermelonade can be made 1 day ahead and chilled, covered.

Cold-Brewed Iced Coffee Update 4/2014: Be sure to check out my new, improved cold-brewed iced coffee tutorial with step-by-step instructions and lessons learned since first posting about cold-brewed iced coffee. I started making my iced coffee this way a couple of years ago, thanks to this New York Times recipe that convinced me to do so. You add coffee grounds to cold water and let it sit at room temperature for several hours. Then you strain it through a coffee filter, and the result is a deep, rich, dark, and caffeine-packed glass of iced coffee. It’s a concentrate, so you’ll want to dilute it with water unless you’re in need of a serious buzz. And trust me – this stuff can pack a serious wallop. I use a ratio of about 2/3 of the concentrate to 1/3 water, stir in a spoonful of sugar and some half-and-half, and finally I plop in some coffee ice cubes. And a lot more energized. Cold-Brewed Iced Coffee Total time Author: Kare Recipe type: Beverage Add the coffee grounds and the water to a large jar or pitcher.

No-Bake Chewy Cookies and Cream Bars Oh how I love a treat that can be whipped up in about 15 minutes. My boys and their buddies couldn’t get enough of these Chewy Oreo Bars we had as an after school snack this week. Sometimes my spontaneous recipe creations turn out to be the most fun, lol! Yes you use an entire package of Oreo Cookies, but what you get in return is a marshmallow-y Oreo treat that is worth every bite Surprise the kids (and yourself) with this one, they’ll be all smiles, Enjoy! 3 whole ingredients. Break out your Cookies! Place them all in the food processor or blender and mix until ground. Like so. Melt the butter and marshmallows into a large bowl until puffed. You’ll get a little something like this Working quickly, pour in your ground cookies. Mix, mix and mix You’ll get a gooey mess….that’s delish! Transfer to an 8×8 inch baking pan and let set for about 10 minutes. Cut into squares and indulge No-Bake Chewy Cookies and Cream Bars One 16 oz package of Oreo 5 cups Large Marshmallows 4 tablespoons butter 1.

Lemon Ice Cream and Raspberry Granita Sundaes Recipe at Epicurious photo by Craig Cutler yield 2 servings active time 35 minutes total time 8 hours 35 minutes (including freezing time) Preparation Puree raspberries in processor until almost smooth. Bring 3/4 cup water and 1/2 cup sugar to boil in pan, stirring until sugar dissolves. Using fork, scrape surface of granita to form crystals. Cinnamon Toast&Rolls - Circle B Kitchen - Circle B Kitchen - StumbleUpon The USDA released its new food pyramid the other day (which is actually a plate now instead of a pyramid), and I am sorely disappointed to report that cinnamon rolls did not appear anywhere on that plate. I think by now most of us know what should be on our dinner plate in terms of healthy, well-rounded nutrient-laden meals, but it is my considered opinion that our breakfast plate should include cinnamon rolls now and then. And not just any cinnamon roll, mind you, but how ‘bout a homemade cinnamon roll hybrid that is a cross between a cinnamon roll and cinnamon toast, is super easy to make and gosh darn delicious. In honor of their ancestry, I call these little gems cinnamon toast rolls, and here’s all you need to make them… Yep. Trim the crusts off of the bread Roll the bread really flat Brush both sides of the bread with butter Sprinkle with cinnamon sugar Roll in any fashion you like (I’ve also folded them into little triangles) Cinnamon Toast Rolls Click here for a printable recipe

Danish Pastry As ubiquitous as this style of Danish is, it’s one of the more complex to make. I learned to make them putting in an extra fold and layer of buttercream. That makes the end product both richer (of course) and flakier. If you’d rather not do that part (though it’s a nice way to use up any leftover buttercream you might have in the freezer) you don’t have to. Begin by rolling about a pound and a half of Danish dough (find the recipe here) out into a square about 1/4-inch thick (the actual dimensions don’t really matter). Trim up the sides a little to square it off, the spread a thin layer of vanilla buttercream frosting (I always make a point to stash leftover buttercream from other projects in the freezer) on the half of the pastry sheet closest to you. Fold the top half down to enclosed the buttercream… Then cut the dough into roughly 1/2-inch thick strips. …then use the palm of the other hand to roll the strip toward you. Bring it around and around… …and — ta da!

The Brownie That Will Change Your Life Let me start off by saying that viewer discretion is advised for today’s post. OK now with the story that preludes possibly the greatest brownie I have ever sunk my teeth in thus far in my life. Last Saturday Mrs. Zesty had a baby shower to attend and she was designated for a dessert/sweet treat for the girls. I knew time was tight and I didn’t want to spend all night Friday night to prep a dessert. This recipe, I cannot take any credit for and nor will I try as it is compliments of Nestle Toll House and as you can see from the reviews…. Ingredients 1 pkg. (18.25 oz.) chocolate cake mix1 cup chopped nuts ( Optional )1 cup Evaporated Milk1/2 cup (1 stick) butter or margarine, melted35 (10-oz. pkg.) caramels, unwrapped2 cups (12-oz. pkg.) Method Preheat oven to 350° F.Combine cake mix and nuts in large bowl. Bake for 15 minutes.Heat caramels and remaining evaporated milk in small saucepan over low heat, stirring constantly, until caramels are melted. Thanks zesty