Out of the ordinary...out of this world. 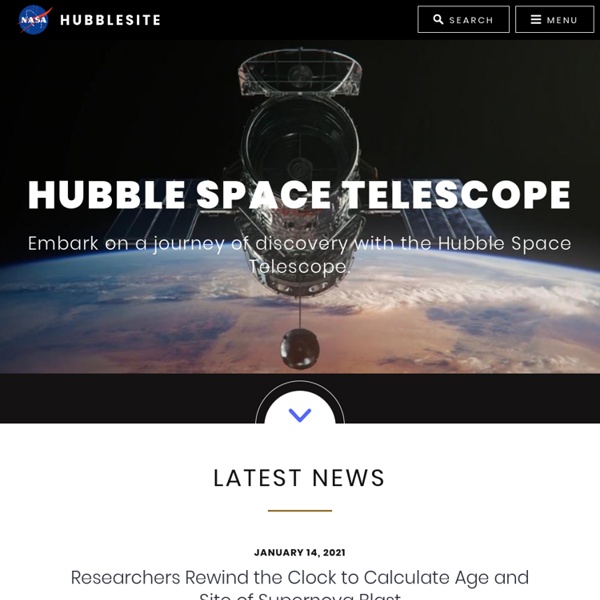 Incredible Space Pics from ISS by NASA astronaut Wheelock | triggerpit.com - StumbleUpon Go Discovery! It was October 23, 2007 at 11:40am EST when I had my first ride to space on Discovery. She’s beautiful… just sad that this will be her last voyage. On September 22, 2010, with the departure of the Expedition 23 crew, Colonel Douglas H. We thought that we should put some of the space photos together as a tribute to him and the whole ISS crew. The following space photos are all visible on Astro_Wheels’ twitpic account, and we are eternally grateful to him for sharing these space photos with the world. Incredible Photos from Space: ‘Earthshine’… The Space Station basking in blue Earthshine as the rising sun pierces our razor-thin atmosphere to cover the Space Station with blue light. NASA astronaut Douglas H. Incredible Photos from Space: Isle Juan de Nova In the Mozambique Channel between Madagascar and the African mainland. Incredible Photos from Space: Aurora Borealis In the distance on this beautiful night over Europe.

Mysterious New Object Discovered in Space A strange and mysterious new object in space may the brightest and long-lasting "micro-quasar" seen thus far, a miniature version of the brightest objects in the universe. The object suddenly began pumping out radio waves last year in the relatively nearby galaxy M82, some 10 million light-years away. Its discovery was announced Tuesday. "The new object, which appeared in May 2009, has left us scratching our heads — we've never seen anything quite like this before," said researcher Tom Muxlow, a radio astronomer at the University of Manchester's Jodrell Bank Observatory in England. M82 is a "starburst galaxy," one that churns out new stars at a prodigious rate. Most of these stars die in huge explosions, with supernovas occurring roughly every 20 to 30 years in M82. In comparison, the mystery object turned on very rapidly within a few days and has shown no sign of dying down, even after nearly a year. Quasars big and small More study needed

Space Plane History – NASA Air Force Space Plane Timeline NASA and the Pentagon have been investigating space plane technology for decades, but the space shuttle is the only one in actual operation. The efforts left a legacy of unique aircraft that generated the data used by aerospace engineers to create the X-37B. Advocates hope the current Air Force program will pave the way for future concepts. 1960s X-20 Dyna-Soar Agency: USAFType: Manned; experimental prototypePurpose: It was to be the first spacecraft to launch into space on a rocket and glide to land.Legacy: The program was canceled in 1963 before a plane was completed, but the research led to the space shuttle's delta wings. 1970s Agency: NASA, USAFType: Manned; test airplanePurpose: In dozens of test flights, two versions of the X-24 proved space planes can maneuver while gliding to Earth.Legacy:Flight tests validated that a space plane can land without using engines. Space Shuttle 1980s 1990s DC-X Clipper 2000s The Future Spacebus Space Bomber

The 13 Most Important Numbers in the Universe - James D. Steins Cosmic Numbers In the 17th century, scientists understood three phases of matter—solids, liquids and gases (the discovery of plasma, the fourth phase of matter, lay centuries in the future). Back then, solids and liquids were much harder to work with than gases because changes in solids and liquids were difficult to measure with the equipment of the time. So many experimentalists played around with gases to try to deduce fundamental physical laws. Robert Boyle was perhaps the first great experimentalist, and was responsible for what we now consider to be the essence of experimentation: vary one or more parameter, and see how other parameters change in response. Boyle discovered the relationship between the pressure and volume of a gas, and a century later, the French scientists Jacques Charles and Joseph Gay-Lussac discovered the relationship between volume and temperature.

X-Ray Observations Find Evidence for "Missing Matter" in the Uni Want to stay on top of all the space news? Follow @universetoday on Twitter This artist's illustration (left) shows a close-up view of the Sculptor Wall, which is comprised of galaxies along with the warm-hot intergalactic medium (WHIM). From a Chandra press release: Scientists have used NASA’s Chandra X-ray Observatory and ESA’s XMM-Newton to detect a vast reservoir of gas lying along a wall-shaped structure of galaxies about 400 million light years from Earth. An X-ray spectrum of the background source is given in the inset, where the yellow points show the Chandra data and the red line shows the best model for the spectrum after including all of the Chandra and XMM data. This result supports predictions that about half of the normal matter in the local Universe is found in a web of hot, diffuse gas composed of the WHIM. Source: Chandra Tagged as: Chandra, XMM-Newton

MAGIC: Evolution of NBA Team Logos By Josh Cohen ORLANDO-- When you need a sports history refresher, glance over the evolution of team logos and suddenly a 15-minute conversation about classic games and performances with your buddies transforms into an endless one. I recently decided to browse over the timeline of NBA logos for each active franchise and astoundingly there are so many moments that popped in my head. For instance: When I gaze at the Utah Jazz logo that existed from 1996-2004, I can’t help but think of John Stockton and Karl Malone and their unforgettable NBA Finals clashes with the Chicago Bulls in 1997 and 1998. The Atlanta Hawks emblem from 1972-1995 definitely reminds me of the days of Dominique Wilkins, while the Detroit Pistons symbol from 1979-1996 undoubtedly prompts me to think of Isiah Thomas and the Bad Boys of the late 1980’s. It’s also astonishing the transformations that certain teams have made over the years to their image. I have pasted in every franchise’s primary logo timeline below.

Personal and Historical Perspectives of Hans Bethe H2356-309 :: 11 May 10 Scientists have used NASA's Chandra X-ray Observatory and ESA's XMM-Newton to detect a vast reservoir of gas lying along a wall-shaped structure of galaxies about 400 million light years from Earth. In this artist's impression, a close-up view of the so-called Sculptor Wall is depicted. Spiral and elliptical galaxies are shown in the wall along with the newly detected intergalactic gas, part of the so-called Warm Hot Intergalactic Medium (WHIM), shown in blue. The X-ray emission from WHIM in this wall is too faint to be detected, so instead a search was made for absorption of light from a bright background source by the WHIM, using deep observations with Chandra and XMM. An X-ray spectrum of the background source is given in the inset, where the yellow points show the Chandra data and the red line shows the best model for the spectrum after including all of the Chandra and XMM data.

How to Permanently Delete a Facebook Account Two Methods:Permanent DeletionTemporary DeactivationCommunity Q&A If you've decided that you’re done with Facebook, you're not alone — in recent years, an increasing number of users have opted to drop their accounts.However, the process of completely and permanently deleting your account is anything but intuitive. To start learning how to save all of the data you need and delete your account for good, see Step 1 below! Ad Steps Method 1 Permanent Deletion <img alt="Image titled Permanently Delete a Facebook Account Step 1" src=" width="728" height="546" class="whcdn" onload="WH.performance.clearMarks('image1_rendered'); WH.performance.mark('image1_rendered');">1Log in to Facebook. Method 2 Temporary Deactivation Community Q&A Ask a Question Can you answer these readers' questions? Tips Warnings Article Info Featured Article

Nikola Tesla Page, Tesla Coil (Bill Beaty's Homepage) T-SHIRTS! Hey, some people (not me) are selling Tesla t-shirts: CS Coil Tesla's Hair Tesla Co (purple plates) Cafe Press Classroom Tesla Coil $200, or a Handheld Tesla coil, $149.95, also a Micro Tesla Coil $4.95 OLD LINKS GONE BAD? Try "The Wayback Machine" It offers billions of old websites and even some of the graphics. But it's not searchable. You have to know the URL of the old site. Created and maintained by Bill Beaty.