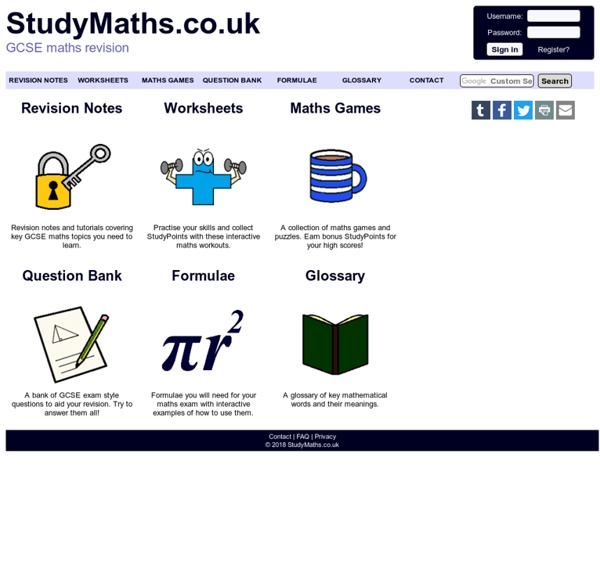 KS2 Numeracy We have split the resources in to 7 groups as the page was very long and slow to load.Use the sub menu above to navigate within the KS2 Numeracy resources. Here are a few of the latest Key Stage 2 Maths resources. © v2vtraining.co.uk A versatile 12x12 square with three highlight colours, hide or reveal, variable start number and a variable step feature. Can you work out what the machine is doing to each number you put in? Read Sam's note and buy exactly what she asks for. Click on each child to find out their favourite hobby. Pass your driving test! Make a number between 425 and 450 by dragging the digits into the right places in the number machine. © 3913.co.uk Can you meet the 8 division challenge? Can you solve the problems using your division skills? Select two of the number tiles so that when they are multiplied together they equal the target value shown under the word "Number".

Enlargements- Jordan Shipley Games Roll These Dice Stage: 2 Challenge Level: Roll two red dice and a green dice. Add the two numbers on the red dice and take away the number on the green. Got It Stage: 2 and 3 Challenge Level: A game for two people, or play online. Estimating Angles Stage: 2, 3 and 4 Challenge Level: How good are you at estimating angles? Square It Stage: 3 and 4 Challenge Level: Players take it in turns to choose a dot on the grid. The Twelve Pointed Star Game Have a go at this game which involves throwing two dice and adding their totals. Odds or Sixes? Use the interactivity or play this dice game yourself. Board Block Challenge Choose the size of your pegboard and the shapes you can make. Diagonal Sums Sudoku Solve this Sudoku puzzle whose clues are in the form of sums of the numbers which should appear in diagonal opposite cells. Factors and Multiples Game A game in which players take it in turns to choose a number. First Connect Three Tug Harder! The Remainders Game

Bethan-Bearings Bearings are a measure of direction, with North taken as a reference. If you are travelling North, your bearing is 000°, and this is usually represented as straight up on the page. If you are travelling in any other direction, your bearing is measure clockwise from North. Example Look at the diagram below: If you walk from O in the direction shown by the red arrow, you are walking on a bearing of 110 °. REMEMBER: Bearings are always measured clockwise from North and are given as 3 digits. Here are some more examples: Note that the first two bearings above are in directly opposite directions to each other. Example Questions Example Question 1 Points of the compass can all be converted into bearings. Find the bearings for: (a) East (E) (b) South (S) (c) South-East (SE) Example Question 2 A ship sails from A to B on a bearing of 120°. REMEMBER: Bearings in exactly opposite directions are called back bearings and are always 180° apart. Practice Questions to see whether you are correct. (b) 200°

Ratios: Jacob Thomas A ratio compares values. A ratio says how much of one thing there is compared to another thing. There are 3 blue squares to 1 yellow square Ratios can be shown in different ways: A ratio can be scaled up: Here the ratio is also 3 blue squares to 1 yellow square, even though there are more squares. Using Ratios The trick with ratios is to always multiply or divide the numbers by the same value. Example: Recipes Example: A Recipe for pancakes uses 3 cups of flour and 2 cups of milk. So the ratio of flour to milk is 3 : 2 To make pancakes for a LOT of people we might need 4 times the quantity, so we multiply the numbers by 4: In other words, 12 cups of flour and 8 cups of milk. The ratio is still the same, so the pancakes should be just as yummy. "Part-to-Part" and "Part-to-Whole" Ratios The examples so far have been "part-to-part" (comparing one part to another part). But a ratio can also show a part compared to the whole lot. Example: There are 5 pups, 2 are boys, and 3 are girls Try It Yourself Scaling

Histograms | gcse-maths-revision, statistics-handling-data, histograms Histograms are similar to bar charts apart from the consideration of areas. In a bar chart, all of the bars are the same width and the only thing that matters is the height of the bar. In a histogram, the area is the important thing. Example Draw a histogram for the following information. (Ignore relative frequency for now). When drawing a histogram, the y-axis is labelled 'relative frequency' or 'frequency density'. If you are having problems working out the height of each of the bars, you can use the formula Area of bar = frequency x standard width This video shows you how to draw a Histogram

Averages - Callum Mean There are three main types of average: mean - The mean is what most people mean when they say 'average'. It is found by adding up all of the numbers you have to find the mean of, and dividing by the number of numbers. So the mean of 3, 5, 7, 3 and 5 is 23/5 = 4.6 . mode - The mode is the number in a set of numbers which occurs the most. This video shows you how to calculate the mean, median and mode This video shows a very catchy song to help you remember the difference between these 3 terms Grouped Data When you are given data which has been grouped, you can't work out the mean exactly because you don't know what the values are exactly (you just know that they are between certain values). Example Work out an estimate for the mean height, when the heights of 23 people are given by the first two columns of this table: In this example, the data is grouped. A good way of setting out your answer would be to add two columns to the table, as I have. Moving Averages Mode Range The Median Value

Thanks for this Chelsea! Looks good :-) by mrstamper Jan 27