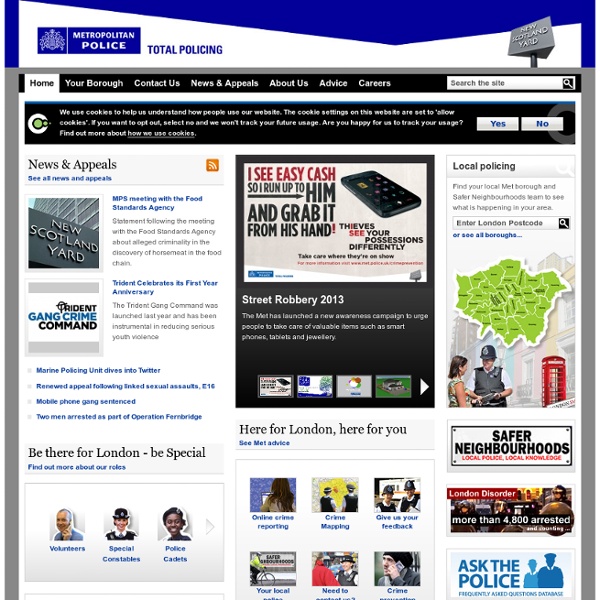 THE GAME TRAILER Puzzle WHERE’S MY PERRY IS THE LATEST PUZZLER FROM THE MAKERS OF WHERE’S MY WATER AND DISNEY! Where’s My Perry is a challenging physics-based puzzler where you need to use water in all its different forms, ice, steam and liquid, to solve the puzzle. Overflowing with intuitive controls, vibrant spy-themed graphics, and best of all, lasers, you will be immersed in the world of Agent P! MORE THAN 80 PUZZLES ACROSS 4 CHAPTERS, WITH FREE UPDATES! MayflowerHistory.com UKPoliceOnline Jump to content <div class='message error'><strong>Javascript Disabled Detected</strong><p>You currently have javascript disabled. Several functions may not work. Please re-enable javascript to access full functionality. Recent Topics Recent Files Latest Policing News - (Source: Police Oracle) UKPoliceOnline is the ultimate resource for anyone within or interested in the Police community. The forum topic range from light-hearted banter to the more serious in-depth topics. Follow us on Twitter @UKPolice_Online Like us on Facebook /UKPOnline Latest News London police seize large haul of firearms Apr 20 2014 09:40 AM | devil in Latest News Articles Assault rifles, sawn-off shotguns and an Uzi sub-machine gun among weapons in one of largest finds ever recorded in London Read story → 7 comments Mark Duggan was a gangster not an innocent choi... Jan 10 2014 10:20 PM | devil in Latest News Articles PC Ian Dibell posthumously awarded! Dec 15 2013 11:28 AM | kenworthy in Latest News Articles Next Page »

DAVIDCAMERON.COM Making of America aking of America (MoA) is a digital library of primary sources in American social history from the antebellum period through reconstruction. The collection is particularly strong in the subject areas of education, psychology, American history, sociology, religion, and science and technology. The collection currently contains approximately 10,000 books and 50,000 journal articles with 19th century imprints. For more details about the project, see About MoA. Making of America is made possible by a grant from the Andrew W. New Additions: We have recently added a new feature, subject browsing. 99 more volumes focusing on New York City were added to MoA in June 2007.

Facewatch Businesses Facewatch enables you to report crimes online, with moving and still CCTV images, directly to the police in a format that is approved and actionable by the receiving force. NEW! Facewatch is now available through selected Monitoring Stations. Find out more Groups Facewatch can be used by local and Corporate Groups to reduce crime through effective collaboration. Groups provide a community network that can allow easy sharing of intelligence between businesses. Find out more Police Facewatch is an on-line crime-reporting tool that saves police time and effort in collecting evidence. Facewatch enables you to access low-level crime reports instantly from businesses in your force area. Facewatch empowers businesses to prevent crime by the efficient sharing of images and information. Find out more

NICK CLEGG Museological Complex of the Museum of Civilization It consists of a virtual exhibit of five historic periods from 1870 to today. A blog for teachers and their students introduces the concepts of science journalism. Discover the history of this fascinating place and observe vestiges of the past through five 360 degree panoramas. At the controls of your flying camera, free three museums that have lost their access code. Although little known until today, the epic tale of the first French North American colony has been gradually revealed in five years of archaeological work on the Cap-Rouge. An artistic marvel to explore, as works of the 15th and 16th European art schools are juxtaposed with those of such renowned Québec artists as Joseph Légaré, Marc-Aurèle de Foy Suzor-Coté, and Jean Paul Lemieux. Bring the city’s founder back to life, along with his dreams, plans, partners, enemies, and the lands he explored 400 years ago. Once Upon a Time... Brave a mysterious forest, slip down secret passageways, or transform into a knight or a fairy.

Police Service of Northern Ireland The Police Service of Northern Ireland (Irish: Seirbhís Póilíneachta Thuaisceart Éireann,[3] Ulster Scots: Polis Servis o Norlin Airlan)[4] is the police force that serves Northern Ireland. It is the successor of the defunct Royal Ulster Constabulary (RUC) which,[5] in turn, was the successor to the Royal Irish Constabulary (RIC) in Northern Ireland. All major political parties in Northern Ireland now support the PSNI. Organisation[edit] The senior officer in charge of the PSNI is its Chief Constable. Each district is headed by a Chief Superintendent. In 2001 the old police divisions and sub-divisions were replaced with 29 District Command Units (DCUs), broadly coterminous with local council areas. Jurisdiction[edit] Police Officers of the PSNI have full police powers throughout Northern Ireland and the adjacent United Kingdom waters. Cooperation with Garda Síochána[edit] Education[edit] The PSNI also has an education organisation named 'B safe', created by Dympna Thornton in 2006.