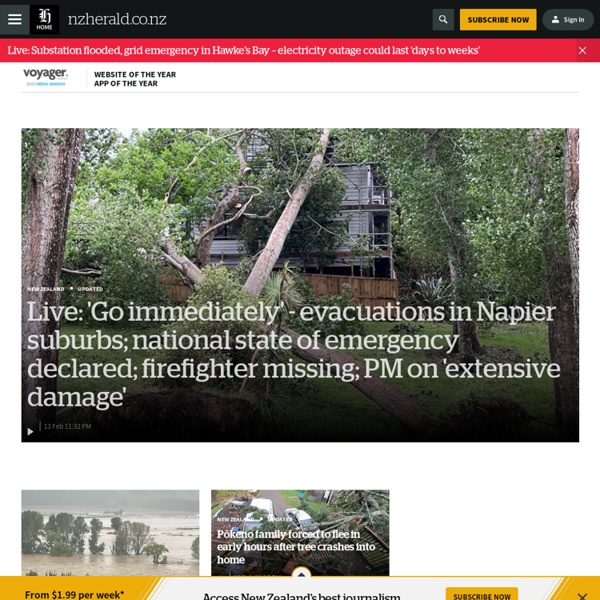 Parks in wealthy Auckland suburbs fall into sub-standard state, local board says Last updated 11:43, October 27 2017 Board member Kit Parkinson says the grass at Waiatarua Reserve has not been mowed for months. Three quarters of parks in some of Auckland's wealthiest suburbs have been neglected, a review has found. Ōrākei Local Board members reviewed 121 parks and reserves in their east Auckland area and found more than 75 per cent were in an substandard condition. The area includes Ōrākei, Mission Bay, Kohimarama, St Heliers, Glendowie, St Johns, Stonefields, Meadowbank, Remuera and parts of Ellerslie. Kit Parkinson says rubbish at Waiatarua Reserve is a problem. The review, carried out from October 12 to 16, focussed on mowing and gardening maintenance but also hazards, such as broken glass, rusty corrugated iron, rubbish and graffiti. READ MORE: * Auckland firm 'discarded' by council, as multi-million dollar contract sent offshore * Residents raise concerns over park's erratic $1.5 million development * Outdoor fitness park opens in Mission Bay reserve - Stuff

Glen Innes, Tamaki Drive cycleway project progresses with new designs Last updated 13:32, April 11 2016 An artist's impression of stage two of the cycleway, running from St Johns Rd to Orakei Basin. Designs for the Glen Innes to Tamaki Drive cycleway have been released for stages two and three of the project. Stage two runs from St Johns Rd in Meadowbank to the Orakei Basin, and stage three runs across the existing Orakei basin boardwalk. Stage three of the cycleway will cross Orakei Basin on the existing boardwalk. The mostly concrete path will be lit by LED lighting, and the gradient of the path will be kept as low as possible through the hilly terrain. Auckland Council will be asking for public feedback in late April when the designs are publicly notified. Bike Auckland chair Barbara Cuthbert says that the cycleway wil be an asset for Auckland, but its value is dependent on its usability. "They're going to be gorgeous. "It costs a lot of money to go back and fix something." "It can only grow. Completion date: 2018. - Stuff

Honey wars: crime and killings in New Zealand's booming manuka industry It was the day the bees died – tens of thousands of them in 300 hives, mysteriously killed. “The massacre”, as it is being called, happened in the otherwise idyllic landscape of Doubtless Bay in New Zealand’s far north. And for David Yanke and Rachel Kearney, co-owners of Daykel Apiaries, the cause of death was obvious: malicious poisoning. “It is a nightmare, I don’t feel safe any more,” says Kearney as she sits at her kitchen table on her family’s farm, 40km east of the Northland hub of Kaitaia. So far there has been no official ruling on what led to the Daykel bees’ demise, although a biosecurity incident has been ruled out by the government. But Daykel and many other apiarists are in no doubt that the mass bee death is just the latest act of violence in the increasingly crime-ridden manuka honey industry. The global craze for manuka, highly valued for its medicinal properties, has created a gold rush in rural New Zealand that some believe is rapidly spiralling out of control.

Bleak outlook for these seven NZ species environment Despite concerted efforts to save New Zealand’s most threatened species, some are losing the survival battle. An article published in the Journal of the Royal Society of New Zealand looks at seven species to understand why even with help, their prospects are bleak. The article points out that the scale of New Zealand’s conservation challenge is enormous and describes the Department of Conservation’s budget as too small. Threats faced include changing ecosystems, pollution and invasive species. For some, such as the Māui dolphin, the article includes lack of direction as a threat, saying it results in indecision. Maui dolphin The rarest dolphin in the world is found off the west coast of the North Island. An ocean sanctuary banning gill nets and limiting trawl fisheries in their core habitat exists. The article lists the main conservation issues as economic conflict from fisheries, conflict between stakeholders, low genetic diversity and disease. Toanui/flesh-footed shearwater

Tāmaki Estuary's sleepless shorebirds environment Once a welcoming habitat for shorebirds, Tāmaki Estuary has become increasingly inhospitable. Spaces where shorebirds can sleep are disappearing and the birds are vanishing. A tree is one of the least likely places Tāmaki's shorebirds would choose to take a nap. In Auckland’s Tāmaki Estuary, those open spaces are being swallowed up and the number of shorebirds, some threatened with extinction, are declining. Local resident Shaun Lee has found himself explaining shorebirds' dislike of trees as a place to sleep multiple times. He wants local boards' Open Space Network Plan to keep areas safe for the birds so they have somewhere to sleep. “It’s a big estuary, we have to be able to find somewhere for them.” Point England Reserve, home to nesting dotterel, is now re-zoned for development and is set to be covered in houses. In Mount Wellington War Memorial Reserve the addition of lights over sports fields saw birds abandon a night-time roost. Awareness helps.

Advocates for rare bird take dam fight to court environment Advocates for New Zealand's rarest bird are taking Auckland Council to court over their enforcement of an illegally-built dam The fight over a dam built on public land by an exclusive golf course developer is going to the Environment Court. The New Zealand Fairy Tern Charitable Trust is taking Auckland Council to the Environment Court seeking an enforcement order to remove the dam. The trust says the dam blocks the passage of fish, reducing food for critically endangered fairy terns which nest in the area and only feed on small, live fish. It’s estimated 36 fairy terns remain. At times half of the entire New Zealand population of the birds used the Te Arai stream mouth to feed and teach young birds how to fish for themselves. The trust says in recent years there has been no successful breeding in the area. Trust convener Heather Rogan said the group has been trying for years to get the dam lowered to the level it was in before being altered by the golf club developers. Read more: