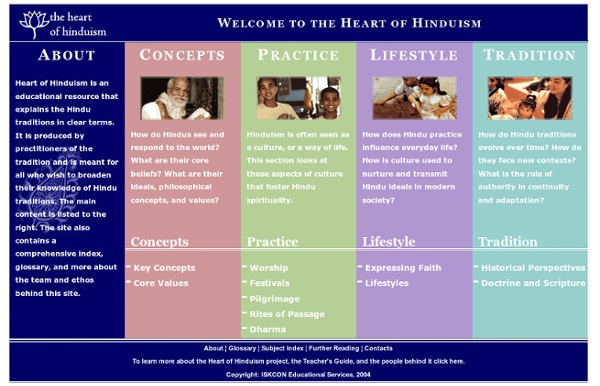 Buddhism The Buddhist Society was founded in 1924, with the object “to publish and make known the principles of Buddhism and to encourage the study and practice of those principles.” It is guided by an elected Council. The Society provides a range of classes and courses in the Buddha’s teachings, as well as instruction in Buddhist meditation and daily life practice. Courses start with the popular Introduction to basic Buddhism and interested members can then progress to our First Steps in Buddhist Practice, First Turning of the Wheel and Great Way Courses. There are regular classes in the major Buddhist traditions—Zen, Theravada, Pure Land and Tibetan. For those unable to attend the Introducing Buddhism course in London, the Society offers a Correspondence Course in basic Buddhism, with tutors recruited from members who have studied and practiced Buddhism for many years. The Society hosts visiting Buddhist teachers and provides a venue for their talks and occasional day retreats.

Judaism Christianity by Matt Slick Christianity is a religion based upon the teachings and miracles of Jesus. Jesus is the Christ. The word "christ" means anointed one. Christianity teaches that there is only one God in all existence, that God made the universe, the Earth, and created Adam and Eve. God created Adam and Eve and put them in the Garden of Eden and gave them the freedom to choose between right and wrong. As a result of their sin, their children and all of us inherited a sinful nature. Christianity teaches that God is a Trinity (Father, Son, and Holy Spirit--not three Gods), that Jesus Christ is the second person of the Trinity, that Jesus died on the cross and rose from the dead physically, and that all people are under the righteous judgment of God because all people have sinned against God. Therefore, "What is Christianity?" This article is also available in: Česky, Español, Norsk, Polski, 日本語

Hinduism 248K 1288 884 270Google +268 Hinduism is an ancient world religion with no known founder or known date of origin. The term "Hinduism" simply derives from the word "India" and refers to a wide variety of religious traditions and philosophies that have developed in India over thousands of years. Most Hindus worship one or more deities, believe in reincarnation, value the practice of meditation, and observe festive holidays like Diwali and Holi. When it comes to Hinduism, many people have questions like: What do Hindus believe about the universe and people? The table of contents below will direct you to various topics on Hinduism, from their beliefs to their symbols to their holidays to their sacred texts and much more. Featured Article: The Hindu View on Homosexuality

Islam Mormonism Kids :: World Religions How did Hinduism begin? Hinduism or Sanatana Dharma ("eternal spiritual path") began about 4000 years ago in India. It was the religion of an ancient people known as the Aryans ("noble people") whose philosophy, religion, and customs are recorded in their sacred texts known as the Vedas. These texts were initially handed down by word of mouth from teacher to student. It was not until much later that they were actually written down. What do Hindus believe and practice? What are the manifestation(s) God in Hinduism? What is reincarnation? What is Maya? What code of behavior do Hindus follow? There are four ideal stages of life described in Hindu scriptures: the student, the family man, the recluse, and the wandering holy man. What are the Hindu sacred texts? •The Vedas are the oldest - about 3000 years old.

Humanistic Paganism Modern Free Spiritualism Spiritualism And The First Spiritual Temple March 31, 1848, is the established founding date of the Modern Spiritualist Movement. No one doubts the significance of this date; however, it represents but one link in a wondrous chain of events which led to the reincarnation of Ancient Spiritualism within a modern world. We want to share with you the wonder and mystery of what Spirit was attempting to do and fulfill, not simply on the evening of March 31, 1848, but prior to that fateful date and up to more recent times. Spiritualism belongs to all people and to all religions. A five-part series on the history of the Modern Spiritualist Movement; events leading to March 31, 1848, and what followed thereafter: Included is an exceptional trance address, delivered through the mediumship of Mrs. Remembering the Pioneers: A series of biographical sketches of some of the pioneer mediums, proponents, and researchers of early Spiritualism who made a difference. What's It All About? Did You Know?

Puja | What is puja? Puja is the act of showing reverence to a god, a spirit, or another aspect of the divine through invocations, prayers, songs, and rituals. An essential part of puja for the Hindu devotee is making a spiritual connection with the divine. Most often that contact is facilitated through an object: an element of nature, a sculpture, a vessel, a painting, or a print. During puja an image or other symbol of the god serves as a means of gaining access to the divine.

Atheism Introduction AtheismAtheismGreek, "godless"a philosophy that professes a lack of belief in the existence of a dietyView Dictionary is the modern name for the willful denial of the existence of deities.2Although the term "atheos" can be traced back to the 5th century BCE, it did not imply the willful disbelief in all divinities. This meaning, exemplified in the English word "atheism," did not apply until the 17th century. This belief functions chiefly as a response to the cross-cultural belief in an omnipresentOmnipresentLatin, omnipraesentem "all, every present"present in all places at the same timeView Dictionary, omnipotentOmnipotentLatin, omnipotentem, "all-powerful, almighty"possessing unlimited power and/or authorityView Dictionary, and omniscientOmniscientLatin, omniscientem "all-knowledge"possessing complete, unlimited knowledgeView Dictionary supreme deity that is responsible for the creation of the world or universe. Atheism Beliefs Atheism Timeline

13 Things You Should Always Get for Free By Aaron Crowe, dealnews contributor There are few things more thrilling for a deal shopper than getting something for free. In fact, freebie deals are often the most popular offers on our site. From smartphones to restaurant food, there are certain categories that are regularly flush with gratis promotions. Android Smartphones If you're a fan of phones with Google's operating system, then you're in luck; so many new Android smartphones are released these days that the market has become saturated — and as a result, most models quickly fall to $0 (with new 2-year contracts) after a few months. Phone Calls Skype, Google Voice, and other services let you make calls for free over the Internet, though be careful if they try to get you to upgrade to a paid plan. MP3 Downloads Smartphone Apps Free apps are everywhere. Magazine Subscriptions Companies want to know more about you so they can market to you. Books Entertainment Your cable TV bill can be a thing of the past after a few startup expenses.

Death and Afterlife in Hinduism by Jayaram V Into blinding darkness enter those who worship ignorance and into greater darkness those who worship knowledge alone. Distinct they say is the result of knowledge and distinct they also say is the result of ignorance. This is what we heard from the wise who explained these matters to us. He who knows both knowledge and ignorance together, crosses death through ignorance and attains immortality through knowledge. - Isa Upanishad May this breath merge into the immortal breath. Then may the body end in ashes. Hinduism believes in the rebirth and reincarnation of souls. The Paths of the Sun and the Moon The Bhagavad-Gita describes two paths along which souls travel after death. "Controlling all the openings of the body, with the mind established in the heart, fixing the prana in the self at the top of the head establishing oneself in the Yoga, uttering the monosyllable AUM, which is Brahman, who leaves the body remembering Me, he achieves the highest goal. (8.12-13) 1. 2. 3. 4.