How long does it take to beat your favorite games? 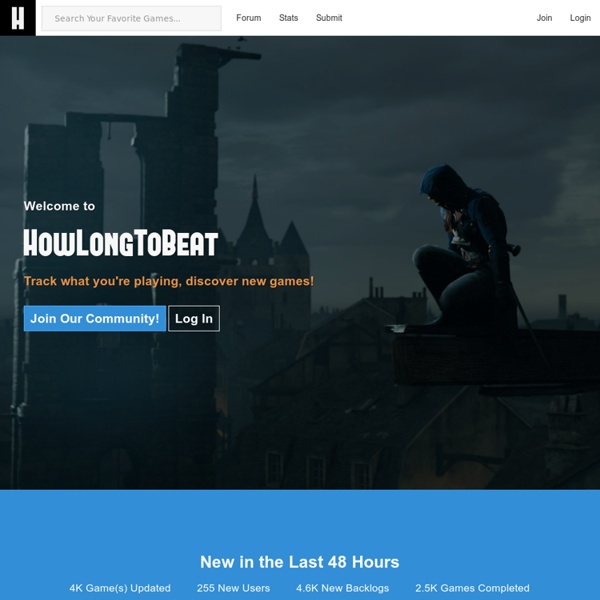 PokeMMO - Coming Soon 10 Things I Hate About Wii U | Game|Life Image: Touchstone Pictures, Illustration: Wired On Sunday, Nintendo finally released Wii U, its new game console. We’ve raved about early launch games like NintendoLand and New Super Mario Bros. Unfortunately, Nintendo is still lagging behind when it comes to creating what consumers are increasingly expecting out of their devices: a feature-rich, multimedia online experience. Problems like this at the launch of a new piece of hardware are to be expected. 1. The reason you’re only reading about Wii U’s online features now is that out of the box, it doesn’t have any of them. Okay, no problem. 2. This is the problem that makes every other problem seem that much worse. 3. This should have been an early killer app for Wii U, and instead it just sucks. Netflix on Wii U, as it turns out, doesn’t do any of that. 4. Wii U’s big defining feature, from which all things flow, is the GamePad controller. 5. I signed up for Nintendo Network, Nintendo’s first (!) I changed my profile to “Hi!”

Digital Comics - Comics by comiXology Rom Hustler - Download Snes roms NDS roms N64 roms GBA roms PSX roms Nintendo Wii Emulators + Wii ROMs CheapShark - Digital Game Deals, Compare PC game prices on Steam, Amazon, Gamer's Gate, and more! Your Source for Emulation! Wii Emulator Allows Games to Run in 720p HD: News from 1UP No, the Wii unfortunately can't run games in resolutions higher than 480p, a sad fact for audio/visual connoisseurs. But in this fantastical age of technological wizardry and workarounds, that doesn't mean we can't have a glimpse of what could have been. Using the Wii PC emulator Dolphin, YouTube user renebarahona (via Kotaku) has uploaded a few videos showing some Wii games running in 720p, including Super Smash Bros. Brawl (above) and Final Fantasy Crystal Chronicles: My Life as a King (below). Naturally, be sure to click the HD button to get the full effect. If you like what you see enough to want to try it on your own, keep in mind that you need pretty competent PC specs to run the games well.