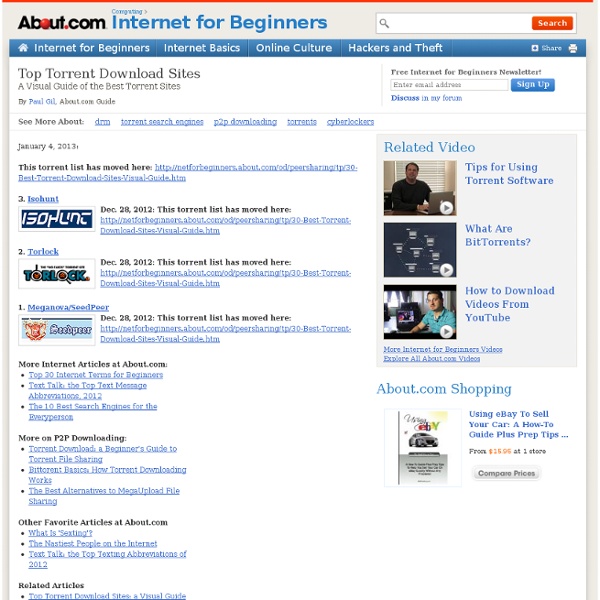 isoHunt For years isoHunt's founder had been in legal battles with conglomerates of IP rights holders over allegations of copyright infringing activity. A settlement with MPAA was reached in 2013, that stipulated $110 million reimbursement for damages and the site's closure that followed on October 21, 2013. By the end of October, 2013 two sites with content presumably mirrored from isohunt.com were reported in computer media. One of them — isohunt.to — became a de facto replacement of the original site. History[edit] isoHunt was founded in January 2003 by Gary Fung, a Canadian national. On February 23, 2006, the Motion Picture Association of America (MPAA) issued a press release stating they were suing isoHunt for copyright infringement. On September 2, 2009 isoHunt announced the launch of a spinoff site, hexagon.cc.[6] The goal of hexagon.cc was to have a place for social groups based on certain niches to share specific content relevant to their interests. Legal[edit] Lawsuit[edit] See also[edit]

Comparison of BitTorrent sites There are many different BitTorrent websites. They typically contain multiple torrent files and an index of those files. In a typical scenario, a user would enter such a site and browse or search for the content they desire, based on the torrent descriptions posted at the site by other users. Such websites each have different features to facilitate the user's search. Features[edit] BitTorrent Tracker[edit] BitTorrent sites may operate a BitTorrent tracker. Directory[edit] A directory allows users to browse the content available on site based on various categories. [edit] Some sites let users post comments about files. Specialization[edit] BitTorrent sites may either focus on certain content —for example, etree.org focuses on Live Concerts— or may have no particular focus, like Mininova. Multi-tracker index[edit] Some sites like 'Torrentz.eu' or Torrentus index and provide a combined listing of torrents found on multiple other torrent index sites. DHT search[edit] Search over DHT network.

Ten Most Used BitTorrent Sites Compared The Pirate Bay is immune to SOPA This site may earn affiliate commissions from the links on this page. Terms of use. Over on Techdirt, Mike Masnick has pointed out the mother of all ironies: The Pirate Bay, one of the largest outlets of copyright infringement, would be immune to the takedown tendrils of the imminently incoming Stop Online Piracy Act (SOPA). Apparently it all comes down to the fact that The Pirate Bay has a .org domain — and according to Masnick, the current version of the SOPA bill working its way through congress excludes American domestic domains from being the target of takedown notices from copyright holders. In this case, a “domestic domain” is any domain that comes from a TLD run by an American registry — and sure enough, .org’s registry is Public Interest Registry, a US non-profit based in Virginia. Believe it or not, by the same logic, .com and .net domains — both of which are managed by American company VeriSign — would also be immune from the SOPA bill as it currently stands.

Torrent Portal - BitTorrent File Index and Torrent Search Vertor.com - Verified torrents. PortableApps.com - Portable software for USB, portable and cloud drives Internet Archive: Digital Library of Free Books, Movies, Music & Wayback Machine Sharing. Made Simple. - Shared Portal:Software (Pictured left: An example of simulation software (CircuitLogix)) Simulation software is based on the process of modeling a real phenomenon with a set of mathematical formulas. It is, essentially, a program that allows the user to observe an operation through simulation without actually performing that operation. Simulation software is used widely to design equipment so that the final product will be as close to design specs as possible without expensive in process modification. Simulation software with real-time response is often used in gaming, but it also has important industrial applications. Advanced computer programs can simulate weather conditions, electronic circuits, chemical reactions, mechatronics, heat pumps, feedback control systems, atomic reactions, even biological processes. In addition to imitating processes to see how they behave under different conditions, simulations are also used to test new theories.

Search Distributions. Use GNU/Linux. Search the DistroWatch database for distributions using a particular package. If you are looking for a distribution with the latest kernel, select "linux" from the drop-down box below and type the version number into the text box next to it. Please note that the best way to obtain the GNOME version is by searching for "nautilus", while KDE Plasma is represented by the "plasma-desktop" package. Apache 2.x is listed as "httpd". As for versioning, if no version number is provided, this page will return any recent versions of the selected package. The package version search offers the ability to search for packages which are close to a specific version, exactly equal to a specific version, greater than or less than a given version. Have fun and let us know how we can improve the search engine!