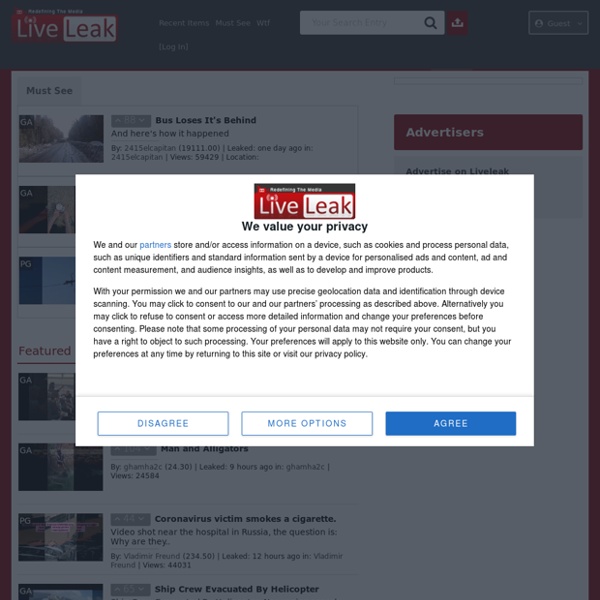 If Americans Knew - Who We Are If Americans Knew is a 501(c)3 tax-exempt, independent research and information-dissemination institute, with particular focus on the Israeli-Palestinian conflict, U.S. foreign policy regarding the Middle East, and media coverage of this issue. Specifically, the organization’s objective is to provide information that is to a large degree missing from American press coverage of this critical region. We believe all people are endowed with inalienable human rights regardless of race, religion, ethnicity, sexuality, or nationality. Download & Streaming : Moving Image Archive : Internet Archive movies eye favorite 2 Discover & Experience Live Events FEATURED Spiritual Delmas, Port-au-Prince, Haiti Radio Tele Shalom 511 viewers Popular Live Events VIEW ALL on Radio Tele Shalom

I walked out of the Brisbane Writers Festival Keynote Address. This is why. – Medium I have never walked out of a speech. Or I hadn’t, until last night’s opening keynote for the Brisbane Writers Festival, delivered by the American author Lionel Shriver, best known for her novel “We need to talk about Kevin”. We were 20 minutes into the speech when I turned to my mother, sitting next to me in the front row.

ekit, phonecards, prepaid sim cards and international cell phones for international travelers When traveling, you need an international mobile phone that works on the GSM frequency bands used in the countries you are visiting. An international phone, often described as a global phone, travel mobile, travel phone, world phone or tri-band phone is simply a GSM phone that operates on three GSM frequency bands. Already have an international phone? You need to ensure your international phone is unlocked. So, Mark Zuckerberg wants to repent for Facebook's sins? He can start here Along with his fellow Jews, Mark Zuckerberg introspected over Yom Kippur and asked for forgiveness via Facebook from “those I hurt this year … for the ways my work was used to divide people rather than bring us together”. He promised to “work to do better”. Presumably, Zuckerberg was referring to the two types of harm that Facebook has recently acknowledged causing: allowing Russian nationals to purchase Facebook ads to aid Donald Trump’s 2016 campaign and allowing ad buys on hateful search terms. It took congressional investigations, a special counsel investigation, and great reporting by Politico to get Facebook to fess up to these sins. It took President Obama pulling Mark Zuckerberg aside shortly after the election and schooling him in Facebook’s responsibility for distributing electioneering lies.

Obama tried to give Zuckerberg a wake-up call over fake news on Facebook This story has been updated with an additional response from Facebook. Nine days after Facebook chief executive Mark Zuckerberg dismissed as “crazy” the idea that fake news on his company’s social network played a key role in the U.S. election, President Barack Obama pulled the youthful tech billionaire aside and delivered what he hoped would be a wake-up call. For months leading up to the vote, Obama and his top aides quietly agonized over how to respond to Russia’s brazen intervention on behalf of the Donald Trump campaign without making matters worse.

Beating Up - A Report on Police Batons and the News Media at the World Economic Forum, Melbourne, September 2000, by Dr. Bernard Barrett, Historian Forwarded to the Office of the Ombudsman, Victoria, 15 November 2000 Revised 28 November 2000 From 1977 until he retired in 1993, the author was the State Historian for the Government of Victoria, responsible for promoting research and public awareness about Victoria’s cultural heritage. Free and Pro Wiki Hosting What is Wiki? According to Wikipedia, the world largest wiki site: A Wiki ([ˈwiː.kiː] <wee-kee> or [ˈwɪ.kiː] <wick-ey>) is a type of website that allows users to add, remove, or otherwise edit and change most content very quickly and easily via website. And that is it! At the Wikidot.com publishing network we offer everyone a Site (your-site-name.wikidot.com) — a customizable place in the Internet where Users can edit content, upload files, communicate and collaborate. When using any of the Wiki systems you do not have to care about technical details (like HTML language, how to edit pages, how to create forum for your community etc.).

» Flower Power In late 1967 Bernie Boston was a reporter for the Washington Star a now-defunct newspaper. After he took this famous picture Star publishers didn’t see the value of the image and buried it the A section of their paper. Not deterred Bernie Boston sent the image out to various photo competitions which resulted in a number of awards, prizes and international recognition. The end of the 60s saw a number of anti-Vietnam war protests. Covering one of the last big protests Bernie sat with his camera on a wall at the Mall Entrance to the Pentagon. While the protest neared the gates Bernie watched as a National Guardsman lieutenant marched a group of armed men into the sea of demonstrators.

Science Vs. Politics – Australia’s Water Fluoridation Debate As countries around the world continue to ban their water fluoridation programs citing adverse health effects, Journalist Kate Johnston speaks to Independent Politician Mark Aldridge and Independent Film Maker Jaya Drolma, to find out why Australia is lagging behind. South Australian Independent Candidate and Civil Rights Advocate Mark Aldridge began questioning Australia’s water fluoridation program after encountering some information claiming that the benefits of fluoride on our teeth are largely topical – through application such as toothpaste – rather than systemic. “I couldn’t understand why we were bathing in it, drinking it, washing our cars in it when studies showed the benefits to be topical,” said Mark. “You know where it comes from, right?”

Tragic images of children captured by photojournalists over time In most cultures, children are valued as precious gifts of life — treasured icons of hope. That stands in stark contrast to photographs circulated this week of a small, lifeless refugee child lying face-down on a Turkish beach with his bright red shirt, little blue cargo shorts and Velcro-strapped, sneakers. Almost immediately, the image became a symbol of the plight of refugees fleeing the Syrian crisis.