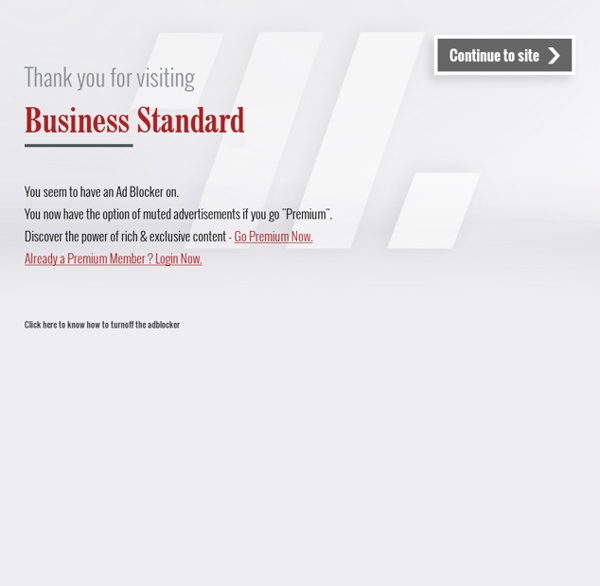 BUDGET LIVE: Budget on schedule, Cabinet meeting to be held shortly Cabinet meeting to be held shortly in Parliament #Budget2017Home Minister Rajnath Singh and Union Minister Ananth Kumar visit IUML MP E Ahamed's residence. He passed away this morning. #Budget2017BUDGET EXPECTATION: We expect the Government to announce an ‘anti-rich’ budget which focusses on installing penalties on cash transactions, tax on the withdrawal of cash from the banking system, income tax relief for the middle class and potentially an adverse capital gains tax-related decision for equity investments. Additionally, we expect a moderate increase in revenue expenditure allocation whilst capex is deprioritised. Jaitley reaches Parliament; Budget on schedule PM @narendramodi arriving in Parliament House, for the #Cabinet Meeting before presentation of #Budget2017 pic.twitter.com/qplHd3xJQL— PIB India (@PIB_India) February 1, 2017 Saddened by E Ahamed ji's demise but Budget will be presented.

Modi replies to Akhilesh's taunt, says people of UP are not fools Taking a jibe at Chief Minister Akhilesh Yadav's repeated assertion of 'kaam bolta hai', Prime Minister Narendra Modi on Monday threw light on the rising crime rate in Uttar Pradesh and accused the Samajwadi Party of fooling the people. "They (Akhilesh) say 'kaam bolta hai', but several projects here are incomplete. What is speaking volumes are the instances of women harassment in the state," Prime Minister Modi said while addressing a rally here. "The people of Uttar Pradesh are not fools. Prime Minister Modi accused the Samajwadi Party of not fulfilling the promises made to the people of the state. "A scam that you (Akhilesh) promised to look into from the tenure of Mayawati was not done. Prime Minister Modi also taunted the newly-formed alliance between the Samajwadi Party and Congress while stating that nothing can redeem their past misdeeds. Polling in these constituencies will be held on February 15. The result will be declared on March 11.

Uttarakhand elections: Rahul Gandhi, Harish Rawat perform Ganga aarti With just two days left for the Uttarakhand assembly polls and the state Congress striving hard to woo voters in the last leg of the election campaign, vice-president Rahul Gandhi and Chief Minister Harish Rawat took part in Ganga Aarti at Haridwar's Har Ki Pauri late night on Sunday. Rahul also held a 75-km long road show and a Nukkad Sabha in the city. A day before, tearing into Prime Minister Narendra Modi's 'real' motives behind demonetisation, Rahul Gandhi branded the move as a tool to waive off loans worth crores taken by some 50 rich families, instead of an initiative against black money as the Prime Minister has projected. "He claimed that black money is in Swiss bank accounts, and that he would bring the money back from Swiss banks. The Swiss government has given him the names of Swiss account holders. I want to ask Prime Minister Modi, why have you not revealed those names in the Lok Sabha and Rajya Sabha?

UP polls 2017: BJP pulls all stops in the battle for Bundelkhand The Bharatiya Janata Party (BJP) dominated the campaigning in the Bundelkhand region with its star campaigners Rajnath Singh and Uma Bharti, both Union ministers and prominent personalities in Uttar Pradesh politics, as rallies and roadshows hit their last leg for the fourth phase of the Assembly elections in the state. Samajwadi Party’s (SP's) Akhilesh Yadav, Bahujan Samaj Party’s (BSP's) Mayawati and Congress’ Rahul Gandhi had their last big rallies for the fourth phase during the weekend, with nothing listed for the last day of campaign in Bundelkhand, a region seen as mostly ignored by political parties. However, Congress, which has entered a pre-poll coalition with the SP, is betting on Mohammad Azharruddin to convert his cricketing charisma into votes for the party. Just a day ago, Congress leader Raj Babbar could not make it to a massive rally organised in Lalitpur’s Mehrauni constituency as the former actor’s helicopter developed a snag. BJP, meanwhile, went all out.

UP: Woman who accused SP MLA of rape found dead in Sultanpur A 22-year-old woman, who had accused Samajwadi Party MLA Arun Verma of raping her along with some other youth in 2013, was found murdered near her house in Sultanpur, police said on Monday. The body of the woman, who was missing since Saturday, was found on Sunday near a primary school in Jaisinghpur, they said. An FIR has been registered in this regard. Police said the injury mark around her neck suggested that she was strangled to death. The woman had alleged that the local MLA, who is also the SP's Sultanpur candidate for the February 27 polls, and some others had gang raped her in September 2013. At one stage, the woman had withdrawn her allegation and some local youths were charge sheeted in the police investigation. Police is probing the matter and going through call records of the woman.

Kanpur train accident was conspiracy from across the border: PM Modi At a public rally in Uttar Pradesh's Gonda district, near the Indo-Nepal border, Prime Minister Narendra Modi on Friday said that the train accident in Kanpur on November 20, 2016, was a terror attack. He said hundreds were killed in the accident and the "conspiracy" was hatched from across the border. The PM appealed that people shouldn't cast their vote for those who were likely to help terrorists from across the border and make Gonda, and India, unsafe. On November 20, several coaches of the Patna bound Indore-Rajendranagar Express had derailed in Pukhrayan, near Kanpur Dehat. In its preliminary report, the Commissioner of Railway Safety (CRS) found no evidence of sabotage in the November 20 accident. But there was a twist to the tale when in January Bihar police arrested Moti Paswan, Uma Shankar and Mukesh Yadav for allegedly planting an IED, or Improved Explosive Device, on a track in Ghorasahan, East Champaran district of Bihar on October 1.

Brand Akhilesh Yadav and the American style of campaigning The 2014 general elections represent a watershed in the Indian electoral history in many ways. For one, it changed forever how campaigns are conducted in the country. The Lok Sabha poll campaign saw the then Gujarat chief minister, Narendra Modi, creating a parallel campaign machinery outside of the party to take his word to the people. Citizens for Accountable Governance (led by political strategist Prashant Kishor) helped Modi run a political campaign that could have given any MNC giant a run for its money. Lessons from this campaign have been learnt by other political parties as well – some more than the others. In the 2014 campaign, the Samajwadi Party had suffered due to its poor reputation when it came to law and order in Uttar Pradesh. Later, six members of Yadav’s team travelled to the University of Akron in Ohio and attended an international fellowship programme for two months that coincided with the US presidential polls in 2016.

EC cracks whip, orders FIR against Hindi daily for running exit poll Cracking the whip, the Election Commission on Monday ordered registration of cases against the management and Editor-in-Chief of Hindi daily Dainik Jagran for publishing an exit poll on the first phase of Uttar Pradesh assembly elections. The EC also ordered an FIR against the management of Resource Development International (RDI) -- the company that conducted the exit poll -- for violating an EC order that bars publication/broadcast of exit polls till the voting is over in poll-bound states of Uttar Pradesh, Punjab, Goa, Manipur and Uttarakhand. The poll panel has directed the District Election Officers of the state's districts covered under the first phase of elections on February 11 and Lucknow to immediately register cases against the managements of RDI and Dainik Jagran as well as the newspaper's Editor-in-Chief under Section 188 of the Indian Penal Code (IPC) read with Section 126-A and 126-B of the Representation of People Act.

Business Standard | Add Blocker Telecom major Bharti Airtel has decided to do away with national roaming charges for both voice and data services , a move that will benefit its 268 million users, in order to take on Mukesh Ambani's Reliance JioInfocomm. Airtel announced free incoming calls, SMS and no Premium on outgoing calls while roaming across India. "This marks the death of national roaming," said Gopal Vittal, MD & CEO (India & South Asia), Bharti Airtel. In a BSE filing, Airtel said daily billing will be automatically adjusted to the price of basic one day pack even for customers who don't buy a roaming pack. With this, Airtel mobile customers will be able to carry their numbers across India and the world. Call charges have been reduced by upto 90 per cent to as low as Rs 3 per minute and data charges by upto 99 per cent to Rs 3 per MB across roaming destinations. "At Airtel, we are changing the international roaming paradigm. * Simplify activation and billing for consumers who travel overseas

D-day for Uttarakhand today Only N D Tiwari has given a five-year-long stable government in to Uttarakhad. After Tiwari’s exit, political instability kept haunting the hill state as chief ministers were changed repeatedly by both Bharatiya Janata Party and Congress. And last year, the instability reached its peak when the Harish Rawat government was dismissed and later reinstated. On Wednesday, the state will see its Assembly elections after a year-long political instability, making it a day of reckoning. The polling will be held for 69 constituencies after the election for the lone Karanprayag seat was countermanded following the death of Kuldip Singh Kanwasi, a BSP candidate. The polling in Karanprayag will be held on March 9.

UP assembly polls: Over 52% voter turnout till 4 pm in fifth phase Amid tight security, an estimated 52 per cent of 1.81 crore electorates on Monday cast their votes till 4 pm during the fifth phase of polling in Uttar Pradesh where all eyes are set on Amethi and Faizabad. Polling is on, by and large peacefully, in 51 Assembly constituencies spread over 11 districts of the state. "Over 52 per cent polling was recorded till 4 pm," poll officials said in Lucknow. The exercise was slow in the first two hours but picked up the pace gradually, with the first-time voters seen exercising their franchise quite enthusiastically. Prajapati, against whom a FIR has been lodged in an alleged rape case, said the people were with him and there was a strong wave in the favour of the ruling SP. Amita, wife of Congress leader Sanjay Singh, hoped people would support the best candidate "and I will definitely win." Garima, the first wife of Sanjay, on the other hand said there was no development in the constituency and people were facing problems.