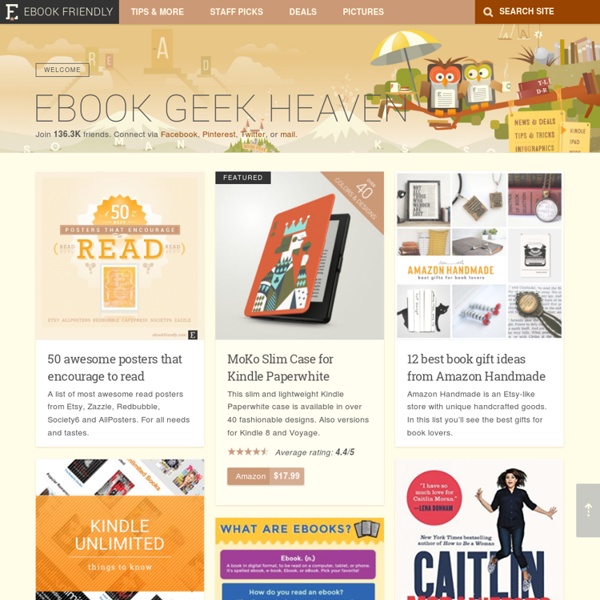 21 Famous Authors' Favorite Books One key to being a good writer is to always keep reading—and that doesn't stop after you've been published. Here are 21 authors' favorite reads. Who knows, one of these books might become your new favorite. “The very best I’ve ever read, my favorite thing in all world literature (and that includes all the heavy classics) is a novelette called Calumet K by Merwin-Webster,” Rand wrote in 1945. The book was famous then, but if you haven't heard of it, allow Chicago magazine to outline the plot: "Calumet 'K' is a quaint, endearingly Midwestern novel about the building of a grain elevator ... Getty Images Papa Hemingway once said "there is no friend as loyal as a book," and in a 1935 piece published in Esquire, he laid out a list of a few friends he said he would "rather read again for the first time ... than have an assured income of a million dollars a year." It's probably not surprising that Game of Thrones author George R.R. In 1887, Twain responded to a letter from Reverend Charles D.

Vida Organizada Ecosystème du livre numérique Blog This Is The #1 Mistake Parents Make When Arguing With Kids Eric Barker - October 18, 2015 Read More Share: How To Never Get Angry: 3 New Secrets From Neuroscience October 11, 2015 5 Easy Ways To Improve Difficult Relationships, Backed By Research October 4, 2015 Impostor Syndrome: Why You Feel Like A Fraud And How To Overcome It September 27, 2015 New Neuroscience Reveals 4 Rituals That Will Make You Happy September 20, 2015 Page 1 of 105412Last » 309Shares 6 reasons why you should start reading short stories Short stories have many benefits that make them a great read in the digital times. Here are the most important ones. Nowadays, short stories have one certain benefit: they are short. And “short” doesn’t only mean the number of words or characters. It also means the fast pace, the single-minded plot, and the concise form. Someone may say a short story is a substitute for a novel. Let’s face it: digital reality is switching our lives. In times of traditional publishing, a 25-page short story was not serious enough to bear the cost of printing and distributing it as a separate publication. Nowadays, authors can publish any piece of writing in a digital form, no matter how long – or short – it is. It changes the perspective. It’s not justified to say that we face the revival of short stories. Read also 50 short books for busy people Top article Best short books you can read in less than three hours. 6 benefits of reading short stories 1. In a novel, the last line is hours, days, or weeks away. 2.

Consciousness Began When the Gods Stopped Speaking: Julian Jaynes’ Famous 1970s Theory Julian Jaynes was living out of a couple of suitcases in a Princeton dorm in the early 1970s. He must have been an odd sight there among the undergraduates, some of whom knew him as a lecturer who taught psychology, holding forth in a deep baritone voice. He was in his early 50s, a fairly heavy drinker, untenured, and apparently uninterested in tenure. His position was marginal. “I don’t think the university was paying him on a regular basis,” recalls Roy Baumeister, then a student at Princeton and today a professor of psychology at Florida State University. But among the youthful inhabitants of the dorm, Jaynes was working on his masterpiece, and had been for years. From the age of 6, Jaynes had been transfixed by the singularity of conscious experience. The Origin of Consciousness in the Breakdown of the Bicameral Mind, when it finally came out in 1976, did not look like a best-seller. Jaynes was sent to prison, where he had plenty of time to reflect on the problem of consciousness.

50 short books for busy people Here are the novels, short stories and non-fiction books that will perfectly fit into your busy life. What if we give Frank Zappa’s quote “so many books, so little time” a more positive meaning? There are many fantastic books short enough that it will take little time to finish them. In the list below you’ll find 50 books we found most interesting. Some readers think that a short story or a novella is not a book. Don’t judge a book by its length. And every book you read (because you have time for it) is better than a book you don’t (because it’s so long you assume you’ll never be able to finish it). There are three sections in the list. For each book we created a visual that includes the number of pages (the dots show how it compares to the reference of 200 pages) plus a time it will take to read it. Obviously, the reading time is an estimation. Within one hour a reader should be able to finish a book that is no longer than 72 pages. Would you like to add a book to this overview? 1. 2. 3.

Tomb.Raider-SKIDROW (Problems with magnets links are fixed by upgrading your torrent client!) S K I D R O W .the leading force. proudly presents Tomb Raider (c) Square Enix 04-03-2013......Release Date - Protection.................Steam Action.............Game Type - Disk(s).................1 BLURAY RELEASE NOTES Tomb Raider explores the intense and gritty origin story of Lara Croft and her ascent from a young woman to a hardened survivor. Armed only with raw instincts and the ability to push beyond the limits of human endurance, Lara must fight to unravel the dark history of a forgotten island to escape its relentless hold. Aldus - depuis 2006

The Sphere of All Possibilities A Hathor Planetary Message through Tom Kenyon In this message we will endeavor to share with you a method for manifesting outcomes in your 3-D reality as well as in other dimensions of your being. This method is based on a fundamental understanding regarding geometry and the nature of consciousness. There are many geometries available to be used as vehicles for manifestation. The first thing to understand about manifesting is that for every act there is a counter-action. Another important aspect to understand is the admonition to do no harm. Due to the nature of this material we will be giving the information in three parts. The second will deal with non-dual states of consciousness and how to commune with these higher realms of your being. The third portion of this information involves the union of non-dual states of consciousness with the mastery of creating outcomes in time and space. You are standing collectively and individually at a cosmic crossroads. The Method The Hathors