Study: Nearly Half of Black Men Arrested by Age 23 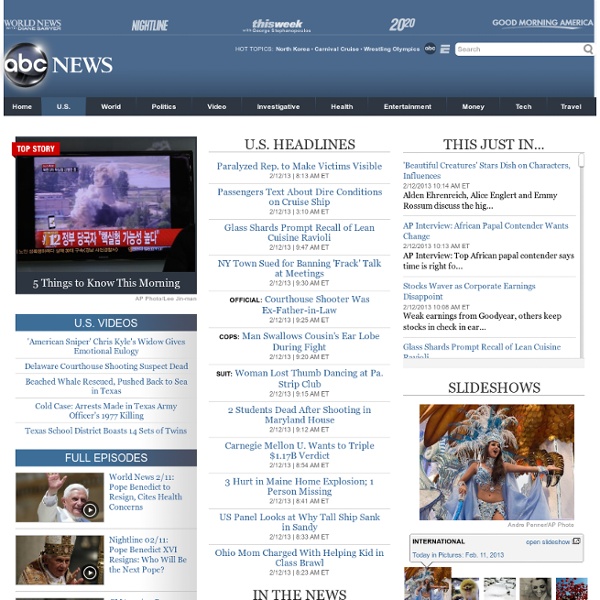 This World Map Shows The Enormity Of America's Prison Problem About 2.4 million people live behind bars in America — the highest number in the world. That’s a little more than .7% of the population and more than 700 for every 100,000 people. This world map illustrates how disconcerting that is. The size of each country corresponds to the size of its total prison population (as of 2010), and a darker colour indicates a higher incarceration rate. The area of the U.S. is bigger than China, a country that dwarfs the U.S. general population by more than four. Also note how tiny Canada looks next to the U.S.

Relative charged in NYC ‘Baby Hope’ killing Criminal & Civil Justice News Conrado Juarez, cousin and confessed killer of 4-year-old Anjelica Castillo, nicknamed Baby Hope, waits to be arraigned at Manhattan Criminal Court, Saturday, Oct. 12, 2013, in New York. During an interrogation early Saturday, Juarez admitted sexually assaulting and smothering her before disposing her body. (AP Photo/John Minchillo) NEW YORK (AP) — New York City detectives have solved the decades-old mystery of “Baby Hope,” a little girl whose naked body was discovered inside a picnic cooler beside a Manhattan highway in 1991 and remained unidentified until now. They arrested a relative of the child after he admitted he sexually assaulted and smothered her.

FOX News Polls - Poll: Steady Support for Action Against Iraq A majority of the public continues to support the United States taking military action to disarm Iraq and remove Saddam Hussein, and there is evidence of growing impatience for the action. A FOX News poll conducted this week finds 71 percent of Americans support using U.S. forces to disarm Iraqi President Saddam Hussein and 20 percent oppose. Support has been at about the same level for the last eight weeks. Miley Cyrus, Macklemore rock Z100 Jingle Ball Saturday December 14, 2013 1:09 PM By Glenn Gamboa Miley Cyrus backstage at Z100's Jingle Ball 2013, presented by Aeropostale, at Madison Square Garden in Manhattan. (Dec. 13, 2013) (Credit: Getty Images) It’s easy to see why Miley Cyrus was the belle of Z100’s Jingle Ball Friday night at Madison Square Garden. It wasn’t because she twerked with Santa – though she did. It wasn’t her dance with a woman dressed as a Christmas tree.

New York State in Deal to Limit Solitary Confinement New York State has agreed to sweeping reforms intended to curtail the widespread use of solitary confinement, including prohibiting its use in disciplining prisoners under 18. In doing so, New York becomes the largest prison system in the United States to prohibit the use of disciplinary confinement for minors, according to the New York Civil Liberties Union, which represented the three prisoners who se lawsuit led to the agreement cited in court papers filed on Wednesday.

"Baby Hope" Case: Experts say time, rewards and publicity help solve cold cases such as NYC girl's murder - Crimesider New York City police have identified the mother of "Baby Hope" -- whose body was found 22 years ago in a cooler on the side of a highway -- a source tells CBS New York City station WCBS. Norah O'Donnell reports. (CBS) - It might seem like a near-miracle that 22 years after the decomposing body of a child was found inside a cooler in Manhattan police have now identified the mother of the girl known as "Baby Hope." But experts tell CBS News' Crimesider that the combination of time, renewed publicity, investigative determination, technology and a reward is precisely how many cold cases heat up.

Weekly Standard: Against Rendition Question: Mr. President, under the law, how would you justify the practice of renditioning, where U.S. agents . . . [send] terror suspects abroad, taking them to a third country for interrogation? . . . Makenzie Wethington falls 3,000ft in skydiving accident and survives A 16-year-old girl survived a horrifying ordeal after falling 3,000ft in a skydiving accident. Makenzie Wethington is in a good condition according to surgeons, despite multiple injures including damage to her liver, pelvis, lumbar spine in her lower back, shoulder blades and ribs. Despite the odds, the teen is currently receiving treatment in an intensive care unit and is expected to leave soon.

Workshops look at transforming Pa. inmates Vernon Clark, Inquirer Staff Writer Posted: Wednesday, April 16, 2014, 1:08 AM At Community College of Philadelphia, Glenn Martin, a neatly dressed middle-aged man, spoke eloquently Tuesday about how he turned his life around after serving six years in prison for drug crimes in New York. Martin, who earned a college degree while behind bars, said he was inspired to change his life by a correctional officer, fellow inmates, and others. "I'm not the exception.