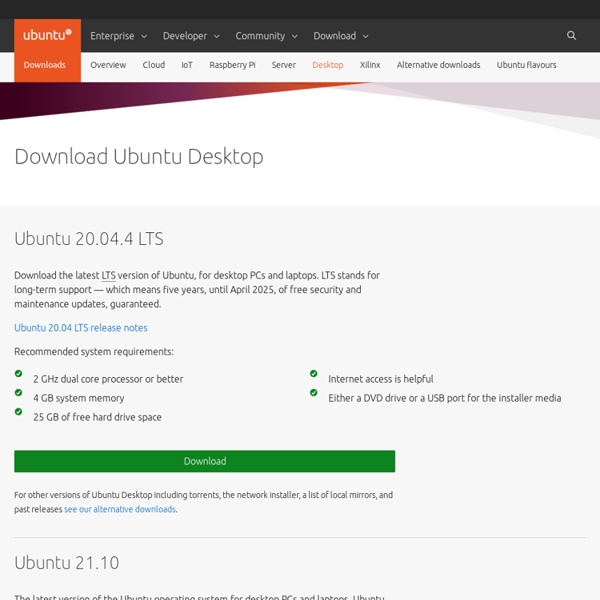 FireShot Updated to the 0.98.45 release! Your version has been successfully updated to the 0.98.45 release. This update delivers the following additions and enhancements: Introducing multipage printing! Other improvements: Implemented Multipage saving to PDF Implemented Area selection in IE, improved in Chrome and Firefox Added support for sending captures directly to Outlook and Thunderbird Max auto-created file name length can be limited in the options Uploads to Twitter fixedView complete version history...

Clean install Ubuntu Linux on PC or laptop Today I would like to show you how to do a clean install of Ubuntu Linux on your PC desktop or laptop. Ubuntu is probably the easiest Linux distro to install and comes packed with fantastic free (Open Source) software, rock-solid stability, support and excellent documentation. Important!

Things To Tweak After Installing Ubuntu 11.10 Oneiric Ocelot Update: for Ubuntu 12.04, see: Things To Tweak After Installing Ubuntu 12.04 Precise Pangolin Back when Ubuntu 11.04 was released, we wrote a post about stuff you may need to tweak or fix. Some of those tweaks still work but since this is a new version, there are new things that need tweaking so I've decided to make a new post with some popular old tweaks as well as some new ones.

UberConference - Web - English Screenshots Overview UberConference is a free visual phone conferencing service that lets you share Evernote notes during calls. New Designs for Learning: A Conversation with IDEO Founder David Kelley David Kelley is a legend in technology and design circles. Decades ago, he founded a design firm that dreamed up the computer mouse as we know it today. That firm has since evolved into IDEO, a global design company that has left its unique stamp on everything from consumer goods to social innovation. IDEO's work has probably touched your life in ways you don't even know. For years, Kelley has brought his passion for design into the classroom as a professor at Stanford's famed Institute of Design (or D.School, for those in the know). More recently, Kelley has set his sights on the K-12 classroom.