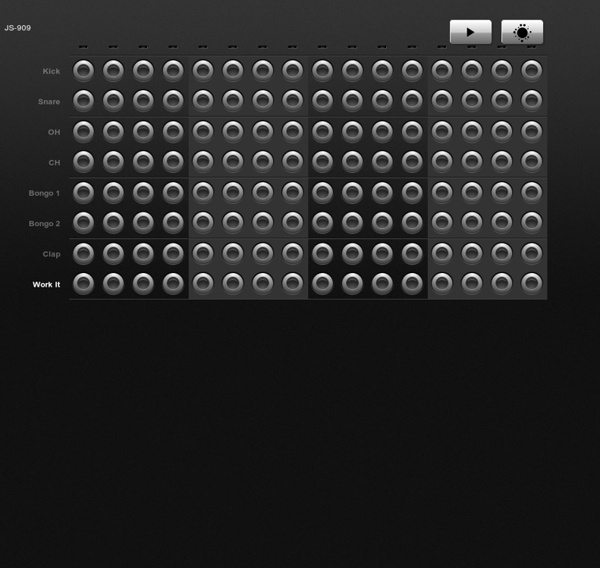 beatlab - make music together Famous Television Show Home Floor Plans After years of watching shows like Dexter and Two and a Half Men, you can’t help but become so attached to the television show that you start wondering what their household really looks like. Spanish interior designer Iñaki Aliste Lizarralde had the same thought as us, and decided to do something for himself creating this incredible series of highly detailed floor plans from some of our favorite television shows. The collection includes the likes of The Simpson, Dexter, Friends, Seinfeld, Two and a Half Men, The Big Bang Theory, How I Met Your Mother, and a handful others. Each of the floor plans is highly detailed, and not only includes the architectural side of things, but also goes into immense furnishing details really bringing these television shows to life. The Big Bang Theory The Simpsons Sex and the City Friends Seinfeld Three’s Company Up Two and a Half Men Gilmore Girls I Love Lucy Will & Grace The Golden Girls Frasier Breakfast at Tiffany’s How I Met Your Mother

Free-Loops.com | Free Drum Loops Wav MP3 Aif and Midi Sound Loops Gootar Guitar Chord Generator and Scale Finder Programs... 86,724,401 (million) chords Banksy Inside « The Drop Kings The mysterious Banksy just released some new paintings on his website. You heard it right, Banksy painted on a canvas. All Banksy fans will appreciate. Here are a few of my favourites. Free Sound Clips | SoundBible.com Otomata - Generative Musical Sequencer - Earslap 16 Jul 2011 Click on the grid below to add cells, click on cells to change their direction, and press play to listen to your music. Update: Click here to get Otomata for your iPhone / iPod / iPad! Official facebook page: Also this reddit page has many examples: And there is a subreddit for Otomata: Otomata is a generative sequencer. Each alive cell has 4 states: Up, right, down, left. at each cycle, the cells move themselves in the direction of their internal states. This set of rules produces chaotic results in some settings, therefore you can end up with never repeating, gradually evolving sequences. If you encounter something you like, just press “Copy Piece Link” and save it somewhere, or better, share it! Here is something from me to start with: And here is an action video: Here are replies to some common questions: Q: MIDI Output?

In a Perfect World… | SadAndUseless.com Created by Catrina Dulay (there are few more, so it’s worth to visit). Free Sound Effects PacDV has been producing royalty free sounds for filmmakers, sound designers, music producers, film students, and multimedia developers since 2001, and our sounds have been featured in a variety of independent films and videos, television programs, documentaries, commercials, games, radio shows, and new media projects. On this web site you find sound clips that we have decided to make available free for you to download. You may use the sound effects and audio clips on this web site free of charge in your video, film, audio and multimedia productions but do not re-sell or re-license the sounds to anyone else, post on a web site for download, or link directly to individual sound files. Ambience A set of ambient background sounds. Domestic A wide array of household sound effects. Interfaces Beeps, clicks, clunks, zings, and zoops. Machines Various kinds of machine sound effects. Mechanical A collection of mechanical sound effects.

Chrome Experiments - "WebAudioToy" by Daniel Pettersson From the Author: This is kind of a toy or explorer thingy using various HTML5 techniques which lets you play with Web Audio API. It can play and generate audio, record audio from the microphone (though browser support is still non-existent), create audio using text-to-speech and apply different kinds of effects. You can also do javascript processing to audio in realtime. Technology: Letters From Strangers