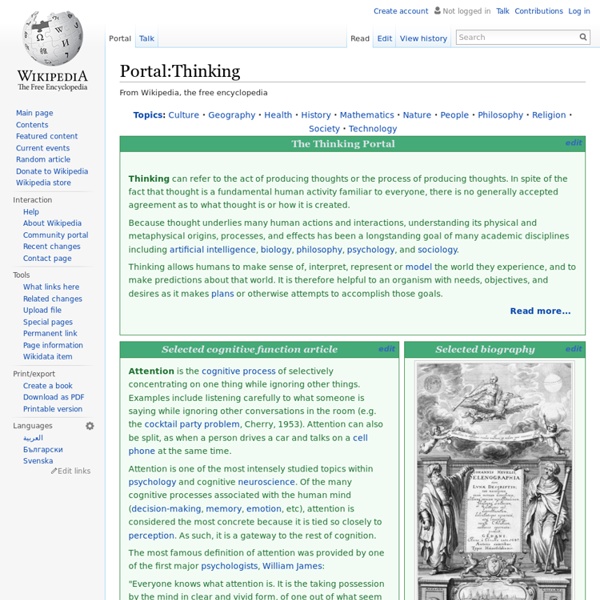 Theory of multiple intelligences - Wikipedia, the free encyclopedia - Iceweasel The theory of multiple intelligences is a theory of intelligence that differentiates it into specific (primarily sensory) "modalities", rather than seeing intelligence as dominated by a single general ability. This model was proposed by Howard Gardner in his 1983 book Frames of Mind: The Theory of Multiple Intelligences. Gardner articulated seven criteria for a behavior to be considered an intelligence.[1] These were that the intelligences showed: potential for brain isolation by brain damage, place in evolutionary history, presence of core operations, susceptibility to encoding (symbolic expression), a distinct developmental progression, the existence of savants, prodigies and other exceptional people, and support from experimental psychology and psychometric findings. Gardner argues intelligence is categorized into three primary or overarching categories, those of which are formulated by the abilities. The different abilities[edit] Musical–rhythmic and harmonic[edit] Interpersonal[edit]

Naïve realism Naïve realism argues we perceive the world directly Naïve realism, also known as direct realism or common sense realism, is a philosophy of mind rooted in a theory of perception that claims that the senses provide us with direct awareness of the external world. In contrast, some forms of idealism assert that no world exists apart from mind-dependent ideas and some forms of skepticism say we cannot trust our senses. Naïve realism is known as direct as against indirect or representative realism when its arguments are developed to counter the latter position, also known as epistemological dualism;[2] that our conscious experience is not of the real world but of an internal representation of the world. Theory[edit] The naïve realist theory may be characterized as the acceptance of the following five beliefs: In the area of visual perception in psychology, the leading direct realist theorist was J. Naïve and scientific realism[edit] Realism and quantum physics[edit] References[edit] See also[edit]

List of thought processes - Wikipedia, the free encyclopedia - Iceweasel Nature of thought[edit] Thought (or thinking) can be described as all of the following: An activity taking place in a: brain – organ that serves as the center of the nervous system in all vertebrate and most invertebrate animals (only a few invertebrates such as sponges, jellyfish, adult sea squirts and starfish do not have a brain). It is the physical structure associated with the mind. mind – abstract entity with the cognitive faculties of consciousness, perception, thinking, judgement, and memory. Having a mind is a characteristic of humans, but which also may apply to other life forms.[1][2] Activities taking place in a mind are called mental processes or cognitive functions.computer (see automated reasoning, below) – general purpose device that can be programmed to carry out a set of arithmetic or logical operations automatically. Types of thoughts[edit] Content of thoughts[edit] Types of thought (thinking)[edit] Listed below are types of thought, also known as thinking processes. Lists

Alfred Adler Alfred W. Adler[1] (February 7, 1870 – May 28, 1937) was an Austrian medical doctor, psychotherapist, and founder of the school of individual psychology.[2] His emphasis on the importance of feelings of inferiority[3]—the inferiority complex—is recognized as isolating an element which plays a key role in personality development.[4] Alfred Adler considered human beings as an individual whole, therefore he called his psychology "Individual Psychology" (Orgler 1976). Adler was the first to emphasize the importance of the social element in the re-adjustment process of the individual and who carried psychiatry into the community.[5] Influence on depth psychology[edit] Personal life[edit] Alfred Adler was born at Mariahilfer Straße 208[16] in Rudolfsheim, a place near Vienna at the time but today part of Rudolfsheim-Fünfhaus, the 15th district of Vienna. In 1895 Adler received a medical degree from the University of Vienna. Author and journalist Margot Adler is Adler's granddaughter. Career[edit]