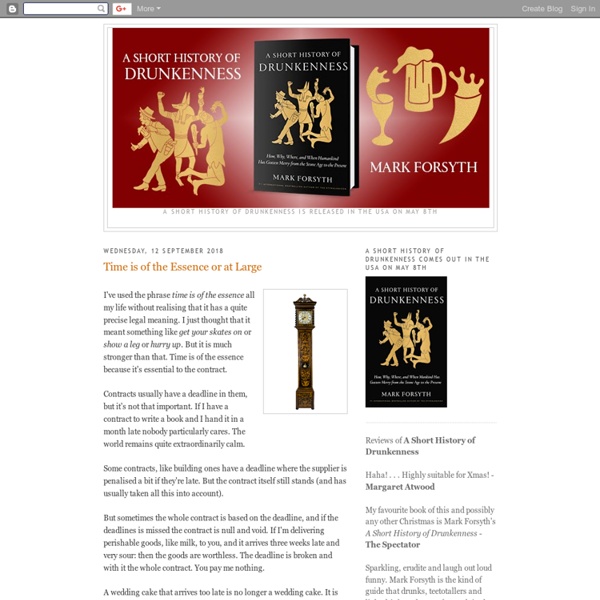 That's Why I'm Broke - Shut up and take my money! | The coolest gadgets, electronics, geeky stuff, and more! Vintage Future Fiction Writing Tips - Short Story and Novel Writing Tips - WEbook Defeat the First Draft Blues: Part 4 By Melissa Jones This is Part 4 of a series on revising the first draft of a novel. Read Part 1 to find out why it's important to take a break from your first draft before you revise it. Read Part 2 to discover why a messy first draft is a good thing. Step 4: Find your Vision "Strategic planning is worthless -- unless there is first a strategic vision." -- John Naisbitt, American writer and thinker If you've followed steps 1-3 of the WEbook Guide to Revising a Novel, you should have a good handle on your book as it exists today -- warts and all. In other words, they call it revision for a reason. There is no simple formula for discovering the greatest potential inherent in your first draft. Below, you will find eight questions that will guide you towards your greatest vision. Forget what you think you know. So many possibilites, so few lifetimes. Keep it positive. Grab a pen. Document your vision. Whose story is it? Defeat the First Draft Blues: Part 3

Design Inspiration. Free Resources & Tutorials - Lava360.com Kim Peek Laurence Kim Peek (November 11, 1951 – December 19, 2009) was an American savant. Known as a "megasavant",[1][2][3] he had an exceptional memory, but he also experienced social difficulties, possibly resulting from a developmental disability related to congenital brain abnormalities. He was the inspiration for the character of Raymond Babbitt, played by Dustin Hoffman in the movie Rain Man. Early life[edit] Peek was born in Salt Lake City, Utah[6] with macrocephaly,[5] damage to the cerebellum, and agenesis of the corpus callosum,[7] a condition in which the bundle of nerves that connects the two hemispheres of the brain is missing; in Peek's case, secondary connectors such as the anterior commissure were also missing.[5] There is speculation that his neurons made unusual connections due to the absence of a corpus callosum, which resulted in an increased memory capacity.[8][9] According to Peek's father, Fran (Francis) Peek, Kim was able to memorize things from the age of 16–20 months.

THING 2. Successful Seduction and the Naked Truth: Rethink Cover Design for a Small, Small World “There’s something about you, Anastasia, that calls to me on some deep level I don’t understand. It’s a siren’s call. I can’t resist you.”–Christian Grey in Fifty Shades of Grey (E.L. James)“I’m Eve in the Garden of Eden, and he’s the serpent, and I cannot resist.”–Anastasia Steele in Fifty Shades of Grey by E.L. The Siren’s Call How does the sexy billionaire mogul Christian Grey meet hapless college student Anastasia Steele? Oh, never mind. Of course, only later does Grey confess to her that she has it all backwards about the blonde beauties at the office. In other words, if you stood a bunch of blonde women in a row and threw a brunette into the mix, Christian Grey’s eye would naturally be drawn to someone he wants to spank. Uh-oh. Stop Eyeballing Me Speaking of eyes, did you know that your eyeballs are always moving? “Peripheral stimulus.” Ludicrous, you say? Look familiar? Christian? A Complete Mystery Just wanted to let you know I finally have my backlist on Kindle. “What?” See?

Thought for the Day -- Hazelden In the face of an obstacle, which is impossible to overcome, stubbornness is stupid. —Simone de Beauvoir Sudden obstacles, barriers in the way of our progress, doors that unexpectedly close, may confuse, frustrate, and even depress us. We may wonder why a door seems to have closed. The program can help us understand the unexpected. The obstacles confronting me invite me to grow, to move beyond my present self. From Each Day a New Beginning: Daily Meditations for Women by Karen Casey © 1982, 1991 by Hazelden Foundation. Tobacco & Leather 10,000-Year Calendar! Get out the nice paper for these photo calendars! Monthly and yearly calendars available! 100's of artworks and photos available! Print a monthly or a yearly calendar using your own photo for any month or year. Free demo or only $1 if you like your printed calendar. Choose portrait or landscape style, photo border, text under photo, and more! This calendar never expires because it doesn't list any holidays or days of the week. Use Up/Down scroll buttons to specify the 100-year span of the calendar, and then print! Our first 10,000-Year Calendar! Created as an Excel spreadsheet, this calendar has fourteen whole-year calendars A through N and a chart showing which years 1882 through 2101 go to which letter. This may be the most accurate day-of-week calculator on the web!