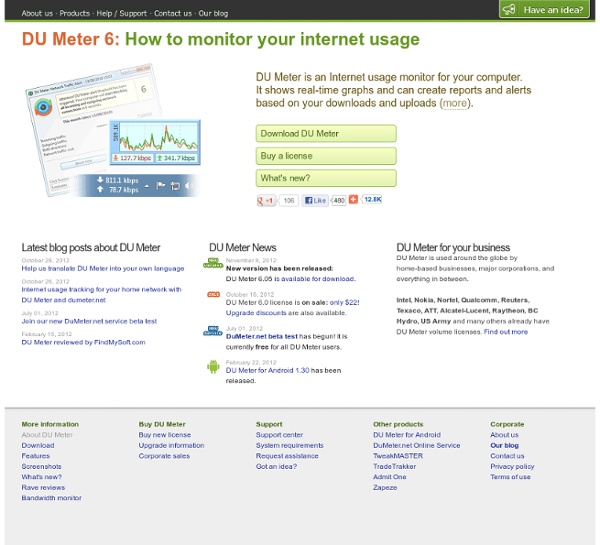 Flip The Frog - Fiddlesticks : UB IWERKS CPU-Z Install and Remove Since version 1.51, CPU-Z includes an installer. The installation offers several advantages in comparison to the stand-alone version : The installation creates program entries in the start menu and on the desktop. Installation Run the setup executable file, and let it guide you for the installation process. Removal You can remove the program either from the Add or Remove Programs window (from Settings, Control Panel), or choose Uninstall CPU-Z from Start menu, Programs, CPUID, CPU-Z. Configuration file CPU-Z uses a configuration file, cpuz.ini, that allows to set several parameters for the program. Application parameters Special Keys The F5 key allows to save a screenshot as a bmp file in the application directory. Cache Latency Computation The cache latency computation tool allows to gather information about the cache hierarchy of the system. CPU-Z reports my CPU running below its clock specification or the clock speed is varying. CPU-Z reports a wrong CPU vcore.

'Where are you headed, dude?': Incredible video shows octopus heave itself from the water and WALK on dry land By Michael Zennie Updated: 12:58 GMT, 24 November 2011 It's a creature that's so shy, scientists know little about its behavior in the wild. But an Eastern Pacific Red Octopus outside San Francisco, California, was friendly enough that it hoisted itself from the water and walked about on dry land, much to the amazement of spectators who captured the entire thing on video. 'Where are you headed, dude?' the astonished cameraman asks as the slimy mollusc creeps through the seaweed next to a tide pool. Up and out: This friendly octopus wandered around on dry land for about 2 minutes after it climbed out of the water The octopus was spotted at Fitzgerald Marine Reserve, about 20 miles south of San Francisco. Is this the picture of primordial life emerging from the seas and learning to live on terra firma? Probably not. 'Octopuses in captivity actually escape their watery enclosures with alarming frequency,' according to an article in Orion Magazine.

GPU-Z Video card GPU Information Utility GPU-Z is a lightweight system utility designed to provide vital information about your video card and graphics processor. Download GPU-ZSupport Forum Main Features Supports NVIDIA, ATI and Intel graphics devices Displays adapter, GPU and display information Displays overclock, default clocks and 3D clocks (if available) Includes a GPU load test to verify PCI-Express lane configuration Validation of results GPU-Z can create a backup of your graphics card BIOS No installation required, optional installer is available Support for Windows XP / Vista / Windows 7 / Windows 8 (both 32 and 64 bit versions are supported) .. and yes, the author of CPU-Z has granted us permission to use a name similar to his product. Thanks Franck. Screenshots Support Forums Documentation It's so simple to use, you don't need documentation. Downloads The latest version is available in the downloads section.

Mysteries in slow motion: Videos offer a glimpse into an aerial world we never see By Daily Mail Reporter Updated: 00:27 GMT, 15 January 2012 A series of high-speed animal flight videos are producing an amazing glimpse aerial world most of us have never seen before. Amateurs videographers, with a bit of luck, can use inexpensive digital cameras to turn blurred images into clear illustrations of animal and insect behaviour. A Dutch programme named Vilegkunstenaars asked videographers and animal lovers around the world to capture nature in flight, digg.com reports. Scroll down for videos Rough, tough world: A sparrow clings on as a bully barges him out of the way at the feeder before pushing him away with his leg In one year the contest attracted 460 amateurs who between uploaded more than 2,400 slow-motion video clips that were taken on their complimentary cameras. The jury was made up of video experts, philosophers and scientists. They picked their favourites, most of which are featured in still pictures here. The videos are all viewable on Youtube or at flightartists.com.

FileZilla Gwen in Her Hepmobile Rocket by ~BWS on deviantART Ebola Virus: Don't shake hands and avoid sex: Ugandan president's stark warning after Ebola kills 14 By Rebecca Seales Published: 20:13 GMT, 30 July 2012 | Updated: 15:02 GMT, 31 July 2012 Crisis: Ugandan president Yoweri Museveni has advised the nation to avoid hand-shakes, promiscuity and DIY burials Ugandan President Yoweri Museveni has advised people to avoid shaking hands, casual sex and do-it-yourself burials to reduce the chance of contracting the deadly Ebola virus after an outbreak killed 14 people and put many more at risk. Mr Museveni's advice came as scared patients and health workers fled a district hospital in rural western Uganda where several cases of Ebola were being treated. The authorities are now trying to alter people's behaviour in a bid to stop the virus spreading. 'We discourage the shaking of hands because that can cause contact through sweat which can cause problems ... and avoid promiscuity because these sicknesses can also be transmitted through sex,' Mr Museveni said in a public statement.

Mental imagery gives language meaning David Robson, features editor WHAT do you think of when you read the phrase "flying pig"? Chances are that a striking image will have fleetingly passed through your mind. In Louder Than Words, Benjamin Bergen, a cognitive scientist at the University of California, San Diego, builds a strong case that such "embodied simulations" lie at the centre of the brain's processing of language. Writers have been working with this principle for thousands of years, of course, but the idea has only recently attracted the focused attention of cognitive scientists, with fascinating results. Bergen writes with a lightness of touch and a jovial wit. After reading this book, words will never hold quite the same meaning for you again. Record 100,000 entangled photons detected - physics-math - 30 October 2012 A whopping 100,000 entangled photons have been detected for the first time, beating the previous record of just 12. The technique for spotting this delicate quantum link among so many photons could prove useful for safely sharing keys used in encrypted communications. Entangled photons have linked quantum states, such that measuring the state of one photon determines the state of the others, no matter how far apart they are. Detecting entanglement usually involves coincidence measurement – the simultaneous detection of multiple photons in the same quantum state at different locations. "When you go to high numbers you need a completely different technique," says Maria Chekhova of the Max Planck Institute for the Science of Light in Erlangen, Germany. Novel measurement Another way to look for entanglement is to detect whether photons share polarisation under certain conditions. "One has to be a little careful when comparing this experiment to the previous one," he says. Promoted Stories

Abdominal porthole reveals how tumours come together - health - 31 October 2012 A window into the soul is poetic, but a window into the abdominal cavity may be more useful. A glass porthole implanted into the abdomen of mice has allowed researchers to observe the spread of cancer in intimate detail. Tumour metastasis occurs when cancer cells spread from a primary tumour to other parts of the body, where they group together and form secondary tumours. The migration of tumour cells is not well understood, partly because it is not easy to observe the spread of cancer inside the body. So Jacco van Rheenen at the Hubrecht Institute for Developmental Biology and Stem Cell Research in Utrecht, the Netherlands, and colleagues tried a new approach: implanting a 12-millimetre titanium ring containing a panel of glass into the abdominal wall of mice. Tracking cancer The team was then able to track individual tumour cells, marked with fluorescent dye, over the course of two weeks as they spread around the abdomen. More From New Scientist More from the web Recommended by

Last life on Earth: microbes will rule the far future - life - 01 November 2012 Update: Jack O'Malley-James presented the study this week at the National Astronomy Meeting of the Royal Astronomical Society in St Andrews, UK. Original article, published 31 October 2012 THE last life on Earth will perish in 2.8 billion years, scorched by the dying sun as it swells to become a red giant. For about a billion years before that, the only living things will be single-celled organisms drifting in isolated pools of hot, salty water. A grim outlook, sure, but there's a silver lining for today's alien-hunters. Using what we know about Earth and the sun, researchers in the UK calculated a timeline for the phases of life on our planet as the sun expands to become a red giant. Sun-like stars of different sizes age at different rates, so the team also looked at how long simple and complex life might thrive around smaller and larger stars. "Habitability is not so much a set attribute of a planet, but more something that has a lifetime of its own," says O'Malley-James. Recommended by

Galaxies could give glimpse of the instant time began - space - 31 October 2012 The structure of the universe at its very first instant – when time itself was still emerging – may be visible in the pattern of galaxies today. That's the latest prediction of a theory that fuses quantum mechanics and Einstein's general theory of relativity. Relativity describes gravity as a curve in the geometry of space and time. This mostly works, but quails at the quantum scale of the very start of the big bang, when everything was infinitely dense. Enter loop quantum gravity theory, which says space-time is underpinned by a network of loops in which no distance can be smaller than 10-35 metres, a unit known as the Planck length. Now Abhay Ashtekar, Ivan Agullo and William Nelson of Penn State University in University Park have used loop quantum gravity to examine what structures would emerge as the universe bounced into being. Discernible distortion Fluctuations would have arisen in that first quantum instant, which is set at 10-44 seconds. We would have to be lucky though.

Prehistoric Transylvanian mammal had blood-red teeth - life - 31 October 2012 SMALL, with oversized blood-red incisors, and down the road from Dracula's lair to boot. To coincide with Halloween, we bring you Barbatodon transylvanicus, a 70-million-year-old mammal that scurried beneath the feet of dinosaurs. The discovery of a new skull, complete with teeth, gives the first clues to its diet. Barbatodon lived in what is now Transylvania, Romania, about 200 kilometres from the castle of the bloodthirsty medieval prince Vlad Dracula. Thierry Smith of the Royal Belgian Institute of Natural Sciences in Brussels and Vlad Codrea of the University of Babes-Bolyai in Romania, who found the fossil, shown below, say that its red tooth enamel is 3 per cent iron, which probably made it more resistant to abrasion. Smith presented the findings at the Society of Vertebrate Paleontology meeting in Raleigh, North Carolina, last month. So what did the diminutive mammal eat? More From New Scientist Britain's earliest humanity in epic exhibition (New Scientist) More from the web