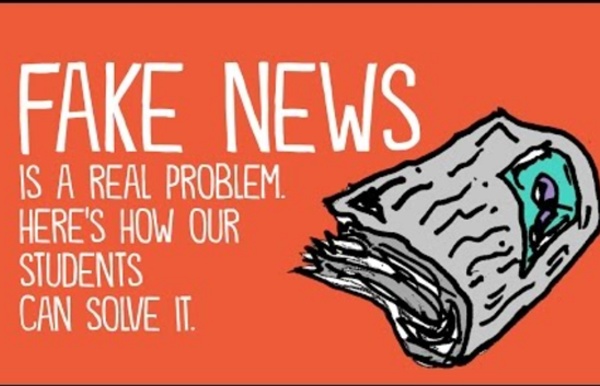 News Use Across Social Media Platforms 2017 As of August 2017, two-thirds (67%) of Americans report that they get at least some of their news on social media – with two-in-ten doing so often, according to a new survey from Pew Research Center. This is a modest increase since early 2016, when (during the height of the presidential primaries) 62% of U.S. adults reported getting news from social media. While a small increase overall, this growth is driven by more substantial increases among Americans who are older, less educated, and nonwhite. This study is based on a survey conducted August 8-21, 2017, with 4,971 U.S. adults who are members of Pew Research Center’s nationally representative American Trends Panel. Fact-checking an immigration meme that's been circulating for more than a decade A viral image on social media -- one that’s critical of illegal immigration -- has been circulating for years. The list of claims first circulated in the form of a chain email in 2006, according to Snopes.com. Six years later, we checked several of the claims ourselves. With immigration in the headlines today, these claims are popular again. So we’ll take a fresh look at them here. All told, the list is heavy with claims that are unsupported, misleading, or simply wrong.

UM Library Fake News Course The slides for the LOEX 2018 session entitled Fake News, Lies, and a For-credit Class: Lessons Learned from Teaching a 7-Week Fake News Undergraduate Library Course can be seen on the right. An open Canvas version of the course is available as well. Look for a Canvas version of the course in the Commons if you are a Canvas campus. The assignments in the Canvas Commons course take advantage of the integration of Google Drive and Canvas on our campus. See the assignment materials below if the Canvas assignments are unavailable to you. I’ve Been Reporting on MS-13 for a Year. Here Are the 5 There’s one thing everyone can agree with President Donald Trump on about the street gang MS-13: The group specializes in spectacular violence. Its members attack in groups, in the woods, at night, luring teens to their deaths with the promise of girls or weed. One Long Island boy told me he doesn’t go to parties anymore because he worries any invitation could be a trap. A victim’s father showed me a death certificate that said his son’s head had been bashed in, then lowered his voice and added that the boy’s bones had been marked by machete slashes, but he didn’t want the mother to know that.

News Literacy - High School The universe of information we live in is a complicated web of messages with a mind-blowing array of sources, biases, and agendas. Help your students develop the mad news literacy skills they need with the resources in our hot-off-the-press News Literacy unit. Designed for the high school classroom, this unit teaches students to recognize high-standards journalism so they can make informed judgments about the information coming at them. Students get practical skills to help them identify and deal with misinformation, bias, opinion, and more.

School Library Journal Laura Gardner, 2016 SLJ School Librarian of the Year finalist, updates her lesson plans for the era of fake news. Last week, a new study from Stanford University revealed that many students are inept at discerning fact from opinion when reading articles online. The report, combined with the spike in fake and misleading news during the 2016 election, has school librarians, including me, rethinking how we teach evaluation of online sources to our students.

Truth, truthiness, triangulation: A news literacy toolkit for a “post-truth” world We were guaranteed a free press, We were not guaranteed a neutral or a true press. We can celebrate the journalistic freedom to publish without interference from the state. We can also celebrate our freedom to share multiple stories through multiple lenses. But it has always been up to the reader or viewer to make the reliability and credibility decisions. It is up to the reader or viewer to negotiate truth. News literacy is complicated. Mind Over Media: Analyzing Contemporary Propaganda (URI) This web platform provides an opportunity to explore the subject of contemporary propaganda by hosting thousands of examples of 21st century propaganda from around the world. Users can upload, examine and discuss examples of propaganda from our own daily lives. By examining propaganda, rating its potential impact, and commenting on it, people share their interpretations with others. Lesson plans deepen the learning by offering additional information, structuring discussion activities, and enabling students to demonstrate their learning through multimedia production experiences.

Information Power The mission of the library media program is to ensure that students and staff are effective users of ideas and information. This mission is accomplished: by providing intellectual and physical access to materials in all formats by providing instruction to foster competence and stimulate interest in reading, viewing, and using information and ideas by working with other educators to design learning strategies to meet the needs of individual students. --Information Power: Guidelines for School Library Media Programs (1988), p.1 The mission statement for Information Power: Guidelines for School Library Media Programs is as relevant today is it was in 1988, and so it remains the mission statement for the information literacy standards for student learning as well and for Information Power: Building Partnerships for Learning. Excerpted from Chapter 1, "The Vision," of Information Power: Building Partnerships for Learning.

The long, tortured quest to make Google unbiased Next week, Sundar Pichai will try to reassure Congress that Google’s search engine isn’t rigged. The Google CEO is testifying before the House Judiciary Committee on Tuesday, answering questions about “potential bias and the need for greater transparency” in Google’s business practices. It’s Republican lawmakers’ latest move in a series of hearings over Silicon Valley political bias. “Google has created some of the most powerful and impressive technology applications,” wrote House Majority Leader Kevin McCarthy in the announcement. “Unfortunately, recent reports suggest Google might not be wielding its vast power impartially. Its business practices may have been affected by political bias.”

Learn to Discern: Media Literacy Trainer's Manual People are flooded with misinformation, disinformation, manipulative content, and junk information that drown out credible information. Our Learn to Discern approach teaches the skills that people need in order to identify and reject manipulative content and select credible, objective information. The Learn to Discern: Media Literacy Trainer’s Manual (PDFs in English and Georgian) is a curriculum for educators in formal and informal education environments. People who think their opinions are superior to others are most prone to overestimating their relevant knowledge and ignoring chances to learn more By guest blogger Tom Stafford We all know someone who is convinced their opinion is better than everyone else’s on a topic – perhaps, even, that it is the only correct opinion to have. Maybe, on some topics, you are that person.