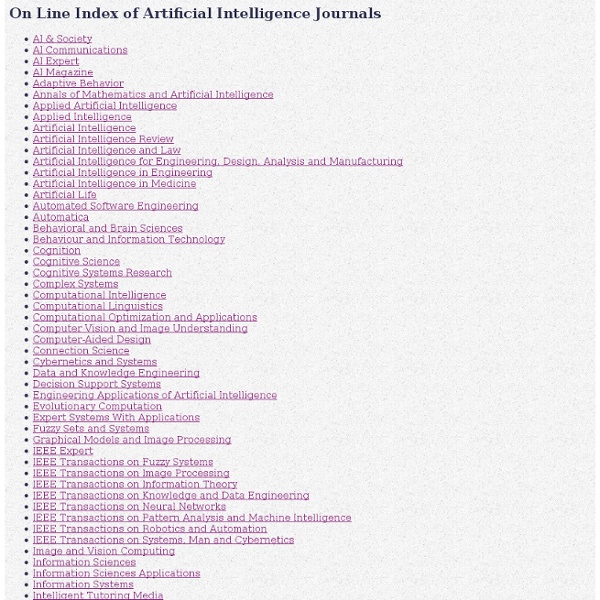 HackQuest :: Learn about Hacking, Cracking, JavaScript, PHP, Cryptology and Password security The Absolute Minimum Every Software Developer Absolutely, Positively Must Know About Unicode and Character Sets (No Excuses!) by Joel Spolsky Wednesday, October 08, 2003 Ever wonder about that mysterious Content-Type tag? You know, the one you're supposed to put in HTML and you never quite know what it should be? Did you ever get an email from your friends in Bulgaria with the subject line "???? ?????? I've been dismayed to discover just how many software developers aren't really completely up to speed on the mysterious world of character sets, encodings, Unicode, all that stuff. But it won't. So I have an announcement to make: if you are a programmer working in 2003 and you don't know the basics of characters, character sets, encodings, and Unicode, and I catch you, I'm going to punish you by making you peel onions for 6 months in a submarine. And one more thing: In this article I'll fill you in on exactly what every working programmer should know. A Historical Perspective The easiest way to understand this stuff is to go chronologically. And all was good, assuming you were an English speaker. Unicode Hello Encodings

BitLet - the BitTorrent Applet In the summer of 2007, shortly after launching Novlet, Daniele and I still had time to spare and were looking for something new to build. Sure enough, within a short period, Daniele came up with the idea that would soon become BitLet: a BitTorrent client that could run in a browser without requiring users to install anything on their computer. Back then, browsers had very limited capabilities: AJAX had been recently introduced (in 2005), web applications were moving from static pages to dynamic client UIs but no browser could do things like opening sockets and writing files locally, central requirements for a peer to peer file sharing application. We found a solution in an unlikely piece of technology: Java applets. Despite Java’s success as a programming language, applets had never been that popular among casual users. One of the main reasons is that Java applets didn’t look that great. The interface we had in mind was very simple, centered around a streamlined download window.

Game From Scratch C++ and SFML Edition! Want to create a game using C++ and SFML? This is the perfect place to start! This tutorial series will follow the creation of a simple game in C++ from the very beginning till the end, a micro-version of the overall purpose of this site. This series is meant to be a living document, so if you have any questions on specific section, let me know and I will update accordingly! Finally, I don’t pretend to be an expert on C++ nor SFML, so if you see a mistake or you disagree with something I have said, let me know. Alright, lets get this started. EDIT: This tutorial was written a couple years ago and targets Visual Studio 2010. The Introduction In this section we have an overview of what this project is going to involve as well as a list of programs and libraries you are going to need to follow along. Part 1 In this section we set up and configure your Visual C++ project and configure Visual C++ to work properly with SFML. Part 2 Code, we finally start to code. Part 3 Part 4 Part 5 Part 6 Part 7

YouTube Playlists for Learning Programming YouTube has been very good platform for learning any thing. Earlier you have seen 400+ courses on YouTube and 130+ NPTEL courses. There are few more courses especially about computer programming. These are contributed by various individuals. These videos are of short time around 10 to 12 min each, created keeping basic learners in the mind. These videos covers from basics like installing IDE to writing complex programs covering every topic. thenewboston: thenewboston is a great youtube channel, has more than 2o playlists covering topics Python, C, Java, iPhone development and web programming like HTML, CSS, PHP. Xoax.net Xoax has more than 200 videos but mainly focuses on C++. PHPacademy As the name suggests, it focuses mainly on PHP and some on MySql. There are more videos on small projects like writing your own search engine for your database, pagination, creating a rating system etc… Related posts: Get more stuff like this

Sublime Text: The text editor you'll fall in love with - StumbleUpon Minecraft Script Pictures Wherein you can see nifty pictures, and read some text too. It's minecraft! Yay! The Code Go to this page if you're interested in the code, so you too can modify your Minecraft save files. Intro So, I realized that there is no combined page for the scripts I've been writing for Minecraft. The Story Beginnings Like many of you, I learned about Minecraft through a link from a blog (I think it was Three Panel Soul). The first script I wrote was a simple interface to edit .mclevel files. Next, I started on a script to convert Dwarf Fortress levels to Minecraft levels. Castles Castles! Over the course of a few weeks, I gradually upgraded the code to allow multiple levels, an offset keep, doors, gatehouses, and towers along the walls. Merging Maps During this whole process, I was becoming familiar with the Minecraft forums and the mapping community. Trees While developing the code for making castles, another thought had been growing in my mind. This is by far my most popular script. City Groundwork

Category:Programming Tasks Programming tasks are problems that may be solved through programming. When such a task is defined, Rosetta Code users are encouraged to solve them using as many different languages as they know. The end goal is to demonstrate how the same task is accomplished in different languages. These are the Programming Tasks that have been defined and solved. The Category:Simple is a small subset with only "really simple" tasks, like "Hello World", and demonstrations of basic language-features. The Category:Draft Programming Tasks is a list of tasks, some of which are just awaiting more implementations before they can be promoted to tasks. Read the guidelines on creating new tasks. The following 871 pages are in this category, out of 871 total.

Google's Android Reborn as Network-Hacking Kit The Pwn Pad Photo: Pwnie Express The folks at security tools company Pwnie Express have built a tablet that can bash the heck out of corporate networks. Called the Pwn Pad, it’s a full-fledged hacking toolkit built atop Google’s Android operating system. Pwnie Express will be selling the cool-looking hack machines — based on Google’s Nexus 7 tablets — for $795. Some important hacking tools have already been ported to Android, but Pwnie Express says that they’ve added some new ones. “Every pen tester we know has a phone and a tablet and a laptop, but none of them has been able to do pen-testing from the tablet,” says Dave Porcello, Pwnie Express’s CEO. The trick here is that Android’s streamlined version of the Linux operating system does not support the kernel-level wireless features that these tools need to mess around with the data on wireless networks (something known as packet injection). A year ago, we introduced you to the Pwn Plug, another Pwnie Express product. Apple said “no.”

vi tips and tricks: Ten cool commands sure to impress your friends When coming to grips with the vi editor—either for the first time or as a regular user—most people tend to have a grasp of the core command set that allows them to perform those functions they use most regularly: navigating or saving a file; inserting, updating, deleting, or searching for data; or quitting without saving changes. However, the vi editor is extremely powerful and rich in features and functionality. Even after many years of use, you can still uncover new commands that you didn't realize existed. The commands covered in this article are amongst those less well known, but they can help you to work smarter by short-cutting existing methods you may use or allowing you to do something that you never realized you could do with vi. Before we start just a recap on the two modes of vi: command and insert. Command mode allows the user to execute commands to modify text, navigate around the file or control your vi session in some way. Turn line numbering on and off Listing 1. #! #! #! 4!!

The Tao Of Programming Translated by Geoffrey James Transcribed by Duke Hillard Transmitted by Anupam Trivedi, Sajitha Tampi, and Meghshyam Jagannath Re-html-ized and edited by Kragen Sittler Last modified 1996-04-10 or earlier Table of Contents Book 1 - The Silent Void Thus spake the master programmer: ``When you have learned to snatch the error code from the trap frame, it will be time for you to leave.'' Something mysterious is formed, born in the silent void. If the Tao is great, then the operating system is great. The Tao of Programming flows far away and returns on the wind of morning. The Tao gave birth to machine language. The assembler gave birth to the compiler. Each language has its purpose, however humble. But do not program in COBOL if you can avoid it. In the beginning was the Tao. Programmers that do not comprehend the Tao are always running out of time and space for their programs. How could it be otherwise? The wise programmer is told about Tao and follows it. The highest sounds are hardest to hear.

Crack/Keygen Sites That Are Safe To Use Blindly searching the web for cracks & keygens is about as smart as using Limewire to search for antivirus software - something not well-advised. Undoubtedly and unfortunately, the number of crack sites with overtones of a malicious agenda heavily outweigh sites that just want to serve up the honest goods. Having said that, there actually are quite a few creditable ‘crack’ sites that won’t try to bombard you with full-screen popup ads, or commandeer your computer into a spam-loving Kraken or Srizbi Botnet army. We’ve done the hard work for you, and present a list of “clean” crack sites for all the latest warez. Be aware that the site reviews herein only include information about each site, not the contents of the ‘cracks’ themselves. Always use a reputable antivirus and antispyware program on cracks & keygens before using them. Recommended (Clean) Crack Sites While these websites are deemed adware/malware free, always be sceptical of their “affiliate links” to other crack sites.

10 Technical Papers Every Programmer Should Read (At Least Twice) 10 Technical Papers Every Programmer Should Read (At Least Twice) this is the second entry in a series on programmer enrichment Inspired by a fabulous post by Michael Feathers along a similar vein, I’ve composed this post as a sequel to the original. That is, while I agree almost wholly with Mr. Feather’s1 choices, I tend to think that his choices are design-oriented2 and/or philosophical. All papers are freely available online (i.e. not pay-walled)They are technical (at times highly so)They cover a wide-range of topicsThe form the basis of knowledge that every great programmer should know, and may already Because of these constraints I will have missed some great papers, but for the most part I think this list is solid. A Visionary Flood of Alcohol Fundamental Concepts in Programming Languages (link to paper) by Christopher Strachey Quite possibly the most influential set of lecture notes in the history of computer science. Why Functional Programming Matters (link to paper) by John Hughes