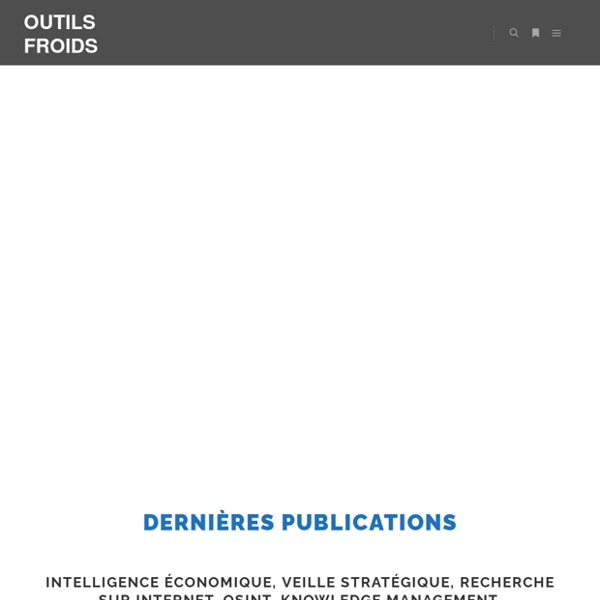 Visual Thinking Evolution A mind map is a diagram used to represent words, ideas, tasks, or other items linked to and arranged around a central key word or idea. Especially in British English, the terms spidergram and spidergraph are more common,[1] but they can cause confusion with the term spider diagram used in mathematics and logic. Mind maps are used to generate, visualize, structure, and classify ideas, and as an aid to studying and organizing information, solving problems, making decisions, and writing. The elements of a given mind map are arranged intuitively according to the importance of the concepts, and are classified into groupings, branches, or areas, with the goal of representing semantic or other connections between portions of information.

Internet Society (ISOC) Future Internet Scenarios What Will The Internet Look Like In 10 Years? The Internet Society engaged in a scenario planning exercise to reveal plausible courses of events that could impact the health of the Internet in the future. While obviously not intended to be a definitive overview of the landscape or all potential issues, we believe the results are interesting and, we hope, thought-provoking. We are sharing them in the hope that they will inspire thought about possibilities for the future development of the Internet, and involvement in helping to make that happen in the best possible way.

48. How Renaissance People Think Do you think like a polymath? Here's a quick test: If you cringed as you read the question and thought to yourself " ", then you're on the polymath path. According to psychologist Seymour Epstein's cognitive-experiential self-theory, humans have two parallel but interacting modes of information processing. Spanning the width and breadth of the Geek dream Geek Media Round-Up: July 31, 2013 Jul 31 2013 0 Comments 271 views Comics Read the rest of this entry » » » Geek Media Round-Up: July 24, 2013 Jul 24 2013 0 Comments 165 views Blog de Netvibes On Wednesday, September 14, join us in New York or online for a special sneak preview of the new Netvibes Premium, including our new adaptive analytics and alerts features. We’ll also have interesting insights and case studies from Stephen Rappaport, Dir. Knowledge Solutions, The Advertising Research Foundation. This is a great chance for brand marketers and social media professionals to learn how to use Netvibes Premium to discover trends, identify influencers and distill it into actionable insights–without time consuming reporting or metrics!

11 Free Mind Mapping Applications & Web Services Mind mapping is a way of taking notes, capturing ideas, exploring concepts and breaking down information into a more readily understood format. It’s a place where visual representations and written representations of things merge to create something that is more natural to the mind; it works with and represents the way we think, where as paragraph-based text is not representative of the thought process at all. There are a million and one uses for mind mapping. Berners-Lee warns ISPs on net neutrality The inventor of the world wide web, Sir Tim Berners-Lee, has warned internet service providers (ISPs) that plans for a "two-speed" internet go against the principles that have let the net grow so rapidly in the past two decades. "Best practices should also include the neutrality of the net," Berners-Lee told a round table in Westminster on Wednesday morning, convened by the communications minister Ed Vaizey. Content companies, represented by Facebook, Skype, the BBC and Yahoo, squared up to ISPs, with input from consumer representatives including the Open Rights Group, the Consumers' Association and the communications regulator Ofcom. Jim Killock of the Open Rights Group, who was representing consumer interests at the meeting, said afterwards that he was concerned about the direction the debate was going: "The potential for something going terribly wrong is absolutely there.

MLA EMTS Blog The call for posters and papers at MLA 2014 (held May 16–21, 2014 in Chicago, IL) has been announced. Proposals must be entered into the online system by 11:59pm CST on Friday, November 1st, 2013. Someone got a little sponsor-happy during program planning, so EMTS is on the program with 7 different paper sessions. Illustration January 16, 2013 by aliceangus · 2 Comments In the last few months I’ve been working on Hidden Families, a project with families with someone in prison. The project, run by by Lizzie Coles Kemp of the Information Security Group at Royal Holloway University of London, was trying to find out how to improve the way information is made available to families, because people sometimes don’t or can’t engage with support services. The hardships families experience are diverse;- travel, costs of visiting, the huge distances to visit,the stress of uncertain weather and travel conditions that might cause someone to be late and miss their visit, bringing children, access to pension, welfare and benefits advice, sentence planning, prisoner safety and welfare, being stigmatised and outcast, and not expecting help or having the ability to improve the situation.

Media Lab: The Cognitive Limit of Organizations This is a slide that I got from Cesar Hidalgo. He used this slide to explain a concept that I think is key to the way we think about how the Media Lab is evolving. The vertical axis of this slide represents the total stock of information in the world. The horizontal axis represents time. In the early days, life was simple. 12. How Your Greatest Insecurities Reveal Your Deepest Gifts In my decades of practice as a psychotherapist, this is the insight that has inspired me most: Our deepest wounds surround our greatest gifts. I've found that the very qualities we're most ashamed of, the ones we keep trying to reshape or hide, are in fact the key to finding real love. I call them core gifts.