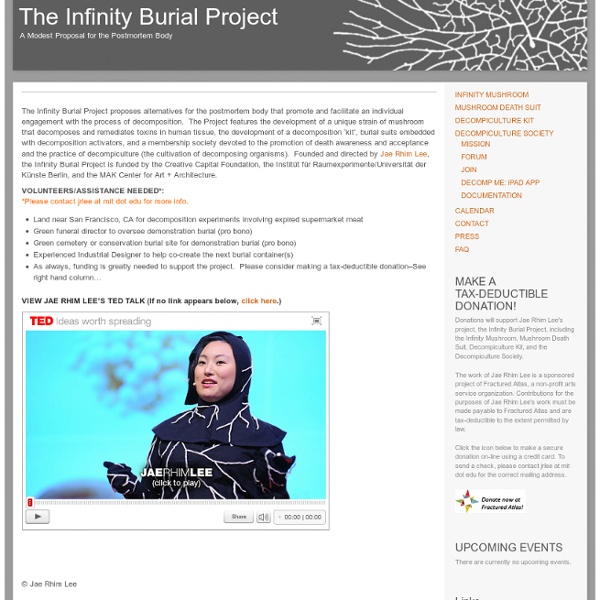 Kilts - UTILIKILTS Original The elder statesman of our Utilikilt line, the Original is lightweight, comfortable and comes with deep and functional side saddle cargo pockets. More Details Buy Now Mocker The Mocker is our answer to ubiquitous (and, should we add, tight and uncomfortable and wimpy and tremendously lame) Dockers® worn by white-collar workers all over the world. More Details Workmans Desk jockeys need not apply. More Details Survival If you fend off crocodiles for a living, spend most of your time trapped on desert islands or are planning on climbing a few mountains over the summer, the Survival is the Utilikilt you’ve been dreaming of. More Details Tuxedo There ain’t nothing classier than a fine Tuxedo model Utilikilt for that special occasion. More Details New Standard The New Standard is a completely new design (based on Utilikilts’ first design, The Standard) that is sleek and “Oh sooo suave”.

Storium — The Online Storytelling Game by Storium / Stephen Hood Storium is a web-based online game that you play with friends. It works by turning writing into a multiplayer game. With just your computer, tablet, or smartphone, you can choose from a library of imaginary worlds to play in, or build your own. You create your story’s characters and decide what happens to them. Storium uses familiar game concepts inspired by card games, role-playing games, video games, and more. “Story and Game had a baby, and it’s Storium. The following three-minute video gives you a glimpse of our current beta playtest: What makes Storium special? Total freedom: You decide what happens in your story.Multiplayer: Write and play with your friends, online.Asynchronous: Play at your own pace.Worlds: Pre-made playsets that help you tell stories in different settings and styles.Something for everyone: You can tell any kind of story you want! This campaign funds the work that’s needed to launch Storium to the general public. There are key features that Storium still needs. 1.

Native Worship in American Prisons As stated by Lenny Foster, Director of the Navajo Nation Corrections, "The Paramount Native American human rights problem in American prisons today is the denial of their right to practice tribal religion." In recent months, Indian country has become increasingly concerned with this issue. Organizations such as the National Congress of American Indians (NCAI) have issued resolutions addressing the growing infringements upon the religious liberty of Native prisoners. In addition, a group named the national Native American Prisoners' Rights Advocates Coalition (NNAPRAC) has recently been formed to request that the U.S. Attorney General take affirmative action to protect the free exercise of religion by Native American prisoners. Imprisonment is familiar way of life for large numbers of native Americans. Today, Native Americans are not "born free" like their ancestors from time immemorial. At one time there were no prisons in existence in North America.

American Indian Quotes Quotes • Treat the earth well: it was not given to you by your parents, it was loaned to you by your children. We do not inherit the Earth from our Ancestors, we borrow it from our Children. ~ Ancient American Indian Proverb • What is life? • Certain things catch your eye, But pursue only those that capture your heart. ~ old indian saying • When it comes time to die, be not like those whose hearts are filled with the fear of death, so when their time comes they weep and pray for a little more time to live their lives over again in a different way. • When you were born, you cried and the world rejoiced. • When all the trees have been cut down, when all the animals have been hunted, when all the waters are polluted, when all the air is unsafe to breathe, only then will you discover you cannot eat money. ~ Cree Prophecy • Humankind has not woven the web of life. • I have seen that in any great undertaking it is not enough for a man to depend simply upon himself. ~ Isna-la-wica Teton Sioux

Want to Simplify Your Life? Try a Uniform My high school hallways were like a fashion show catwalk. With my classmates carefully scrutinizing my outfits, I made sure my clothes were up to date, that I had the right sneakers, the right cuffs on my stonewashed jeans, the right collar shape on my Gap button-downs and so forth. I carefully rotated my wardrobe to make sure there were no repeated outfits in a given week. While no one ever accused me of not caring, no one cared that much either. Most people just don’t care that much about what we’re wearing. The world is filled with a profound number of choices, but studies show that having fewer–not more–choices may be the path to greater happiness. Rather than boring and imposed fashion, a uniform can be a great way to simplify your life and even express your style–there’s a reason Steve Jobs, one of the foremost design gurus of the last 100 years, wore the same outfit day in, day out. If you are interested in creating your own uniform, here are a few tips to get you started:

The Book of the Knife Never forget that you are meat. You have not spirit independent of your body and this world is all you will ever get. You do not have much time, and no time to waste. You have this life, no past life, no next life, no afterlife. You are not the pinnacle of evolution. You think with your brain, not with your mind. Who told you that you were good enough? Do not seek happiness. The king calls the rebel a villain. Your faith is frail and disloyal if you do not test it. Death should be be sad, but it need not be a tragedy. When somebody tells you to turn the other cheek, they are telling you to be an obedient slave. Genius is not measured by talent or intelligence or skill. genius is measured by accomplishment. You will never cease to fear as you step beyond you self. You have your life to live, not somebody else's. Why do you equate goodness with obedience? We must defy authority, because all authority is illegitimate. Something is not rendered true because you would prefer it to be so.

Born of Clay You create with clay, not with sky. Past the sky is the void of space. Why are you looking to the void to find your inspirations and your gods? Remember your connection to clay that made you, the clay to which your ancestors returned. You are made from the grave dust of a thousand generations before yours. A creature of earth, who are tied to the ground you live upon and supported by it. Give thanks to the Earth. The soil is a fortune teller than tells us the future of those who live upon it. Death is not the end of time on earth, not a cutting short. In the clay beneath your feet will you create your legacy.

Mother Earth and Father Earth The earth is alive. It is not alive is some supernatural sense of course, not thinking in a way that a domesticated human would understand as thought. But nonetheless, it lives and breathes, it eats and defecates and gives birth to all life on this planet. And though it may not think as a domesticated human would understand, the earth, the Whole Earth, acts as though it thinks and as though is suffers when harmed, as though it nurtures when loved. The earth is an ancient thing built with the bones and bodies of every ancestor that you ever had. Every thing that hunted you or was hunted by you lies within the earth, and so too for those things that hunted and were hunted by your grandparents- and on down the ages past until your ancestors were amino acids and not even alive by the standards of a domesticated human. The earth is your mother, it birthed you and nurtured you. The earth is your father, it taught you and disciplined you. See it completely as it should be seen.

The Path of life The path of the free human, the path of the wild human is thus: from dependence to independence to Interdependence. To stop early is to never learn how to be human, and never learn how to properly be an animal, and how to properly live upon the earth. Dependence You were born a child, helpless, in need of protection, instruction and nourishment. You were cared for and taught and fed and sheltered. This is the way of the child, and those of us who still cannot make our own way without the resources of others are here still, and thus still children. Independence Your mission, your task, your purpose as a child is to learn. Interdependence As essential as those three things are, they do not make you fully an adult yet. What is a Prayer Promise? Answer: A prayer promise is a promise written on paper or on a cloth flag, made to the generations of children yet unborn who will be affected by the actions of the person now alive. Paper prayer promises are referred to as prayer sheets. Cloth prayaer promises are referred to as prayer flags. Prayer sheets are traditionally burned in cermonial fashion in a ritual of some sort. Prayer flags are not burned as a general rule, but are displayed outside of a person's home or in another public place. Prayer sheets and flags are not assumed to have any magical power, but are used to reinforce personal commitments and public responsibilities and promises.

How do Freepath people get up in the Morning? Answer: It varies, but most Freepath adherents will rise early, normally with the sun. Freepath does not worship, but many outside observers will notice that Freepath seems to have much in common with sun worship. Freepath do not worship, but they do respect the sun for the very practical reason that all life on earth, including their own, depends upon the existence of the sun and its continued rising. The Freepath adherent is under no illusions of control or supplication. Nonetheless many freepath adherents will engage in ritual shows of respect to the sun. The yogic Sun Salutation is common, as are simple morning workouts, and offerings such as the burning of incense or prayer sheets or tea.

Potlatch A potlatch[1][2] is a gift-giving feast practiced by indigenous peoples of the Pacific Northwest Coast of Canada and the United States, among whom it is traditionally the primary economic system.[3] This includes the Heiltsuk, Haida, Nuxalk, Tlingit, Makah, Tsimshian,[4] Nuu-chah-nulth,[5] Kwakwaka'wakw,[3] and Coast Salish cultures.[6] Potlatches are also a common feature of the peoples of the Interior and of the Subarctic adjoining the Northwest Coast, though mostly without the elaborate ritual and gift-giving economy of the coastal peoples (see Athabaskan potlatch). Potlatches went through a history of rigorous ban by both the Canadian and United States federal governments, continuing underground despite the risk of criminal punishment, and have been studied by many anthropologists. Since the practice was de-criminalized in the post-war years, the potlatch has re-emerged in some communities. Overview[edit] NB This overview concerns the Kwakwaka'wakw potlatch. History[edit]