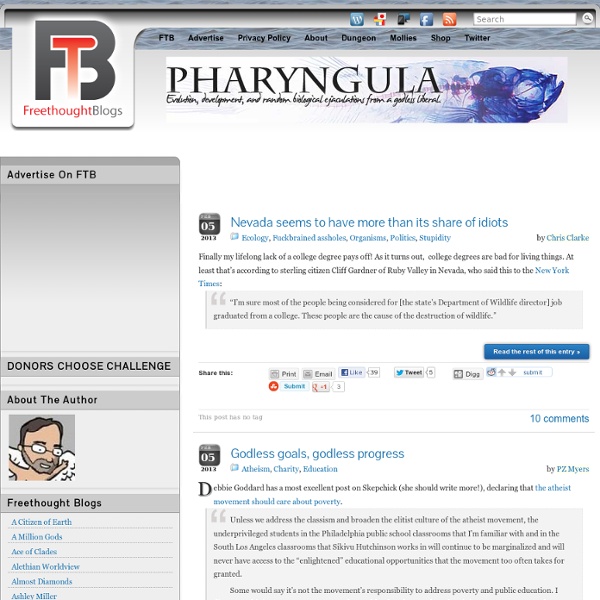 Probably not. But the New York Times reports: A review of studies has found that the health benefits of infant male circumcision vastly outweigh the risks involved in the procedure. Actually, it doesn’t. Not at all. The paper is all about the frequency of circumcision in the US; this is the only real data in the paper, and notice that a good chunk of it is speculation. Prevalence of adult circumcision in the United States during the past 6 decades (1948-2010). It does toss in a table purporting to show the tremendous risks of not circumcising baby boys, but this is not new — these are the same sloppy data that the author has been peddling for over a decade. The author is Brian Morris, better known as the Man Who Hates Foreskins. Take that first condition, the likelihood of urinary tract infections. Or look at his claim of much greater rates of HIV infection. Armed with this hunch, rather than set up a website I chose to do some research. It’s also an argument that can cut both ways.

CosIng - Cosmetics - Health and Consumers Important notice Please note that ingredients assigned with an INCI name which appear in CosIng (Inventory Section) are not necessarily actually used in cosmetic products nor are they approved for such use. For ingredients used in cosmetic products as colorants, preservatives and UV filters, only those authorized in Annexes IV, VI, respectively VII to Directive 76/768/EEC are listed in CosIng. CosIng may contain ingredients known to be used in medicinal products. If, due to such ingredients, a product restores, corrects, or modifies physiological functions by exerting a pharmacological, immunological or metabolic action, the product shall be qualified as a medicinal product.

Bad Astronomy Well now, this is an interesting discovery: astronomers have found what looks like a "super-Earth" – a planet more massive than Earth but still smaller than a gas giant – orbiting a nearby star at the right distance to have liquid water on it! Given that, it might – might – be Earthlike. This is pretty cool news. We’ve found planets like this before, but not very many! And it gets niftier: the planet has at least five siblings, all of which orbit its star closer than it does. The Loom Your hands are, roughly speaking, 360 million years old. Before then, they were fins, which your fishy ancestors used to swim through oceans and rivers. Once those fins sprouted digits, they could propel your salamander-like ancestors across dry land.

Journal home : Nature Raphael Lis, Charles C. Karrasch, Michael G. Poulos, Balvir Kunar, David Redmond, Jose G. Barcia Duran, Chaitanya R. Badwe, William Schachterle, Michael Ginsberg, Jenny Xiang, Arash Rafii Tabrizi, Koji Shido, Zev Rosenwaks, Olivier Elemento, Nancy A. Speck, Jason M. Reasonable Doubts » Your Skeptical Guide to Religion Does Religion Make Us Better People? An Empirical Critique of the Religious Prosociality Hypothesis. Does religion make us happier, healthier and more helpful? How To Sell Magic Beans One of the eternal questions for skeptics is – how can some people be so gullible? We have a standard answer which captures many of the factors: poor understanding of science, lack of an innate sense of probability, all the various mechanisms of self-deception, and the strong desire to believe in certain things. Further, some cons are just slick, and anyone can be fooled by a clever-enough deception. But still, there are some claims that are so astoundingly gullible it’s difficult not to face-palm when confronted by them. One category of such claims is what I think of as the equivalent of magic amulets, or the magic beans from Jack and the Beanstalk.

NeuroLogica Blog Jan 13 2017 Cognitive Biases in Health Care Decision Making This was an unexpected pleasant find in an unusual place. The Gerontological Society of America recently put out a free publication designed to educate patients about cognitive biases and heuristics and how they can adversely affect decision making about health care. Bad Astronomy - Slate A new paper just published in the prestigious Astrophysical Journal makes a stunning claim: There are 10 times as many galaxies in the Universe as we previously thought. At least. The total number comes in at about 2 trillion of them. Richard Carrier Blogs » Announcing appearances, publications, and occasional thoughts on natural philosophy and ancient history by philosopher, historian, and author Richard Carrier. Back by popular demand, I am teaching my online course on naturalism as a philosophy and worldview this May (just a few weeks away). Learn about all aspects of naturalism as a philosophy of life, and how to use it in practical ways and improve on it. In the process you will learn many of the basics of college-level philosophy. The course begins May 1 and ends May 31. You study and participate at your own pace, as much or as little as you like, and you get to ask me any questions you want about the course topics all month long, and read and participate in online discussions with me and other students. I will direct and comment on readings each week and give weekly course assignments which consist of answering questions about what you’ve learned and what you think about it.

About the GHS Chemicals, through the different steps from their production to their handling, transport and use, are a real danger for human health and the environment. People of any ages, from children to elderly, using many different languages and alphabets, belonging to various social conditions, including illiterates, are daily confronted to dangerous products (chemicals, pesticides, etc.) To face this danger, and given the reality of the extensive global trade in chemicals and the need to develop national programs to ensure their safe use, transport and disposal, it was recognized that an internationally-harmonized approach to classification and labelling would provide the foundation for such programs. Once countries have consistent and appropriate information on the chemicals they import or produce in their own countries, the infrastructure to control chemical exposures and protect people and the environment can be established in a comprehensive manner.