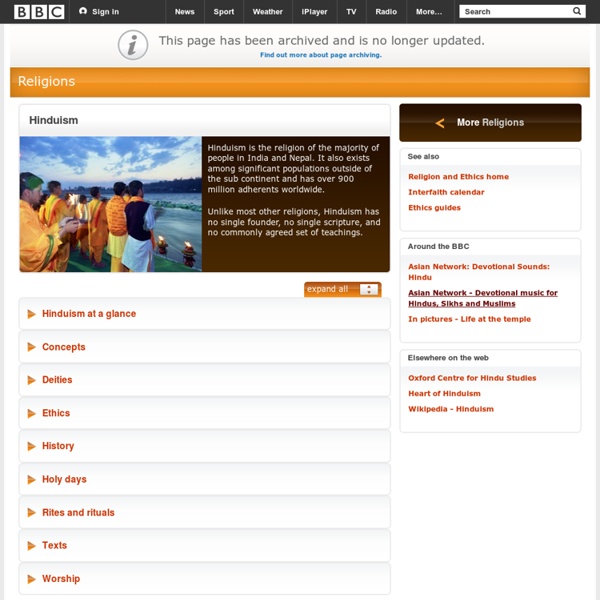 Buddhism - World Religions for Kids Buddhism focuses on the teachings of Siddhartha Gautama who was born around 563 BCE. With as many as 500 million followers, Buddhism is the 4th largest religion in the world. Siddhartha was born a Hindu, but had a difficult time believing the teachings because of all of the suffering he saw in the world. Buddhism is a religion that is not based on the idea of God—it’s more of a way of life, so it is actually a philosophy, but most people still call Buddhism a religion. Buddhists do not require a special building to worship, although there are two main types of Buddhist temples: pagodas and stupas. During his time, Siddhartha viewed life as a time of great suffering. Today, there are two main types of Buddhism: Theravada and Mahayana. (Nirvana). The Four Noble Truths are: 1—Life is suffering 2—Suffering is due to attachment to things 3—Attachment can be overcome 4—There is a life path to accomplish all of this The "path" mentioned in the 4th Noble Truth is called the Noble Eightfold Path.

Religion There were a great many different religions followed in the ancient and medieval time periods. Some of them are still practiced today; others are not. It is hard even to know what religion is, but we see religion as any tendency to change your own behavior in accordance with supernatural forces. Most people in the ancient and medieval world believed that there were many unseen spirits affecting how things happened. But, beginning about 1350 BC in Egypt, there was a movement toward monotheism, or just believing in one god (often with a lot of weaker helper gods or angels). Around the same time, Zoroastrianism swept West Asia with the same idea, adding a strong notion of dualism, with the world divided into good and evil. Five hundred years later, about 500 BC, Buddhism swept India. In the first century AD, Christianity began to spread monotheism to the Mediterranean and Europe, although Judaism suffered from the Roman conquest of Jerusalem. Welcome to Kidipede! or

Hinduism | Origin, History, Beliefs, Hinduism, major world religion originating on the Indian subcontinent and comprising several and varied systems of philosophy, belief, and ritual. Although the name Hinduism is relatively new, having been coined by British writers in the first decades of the 19th century, it refers to a rich cumulative tradition of texts and practices, some of which date to the 2nd millennium bce or possibly earlier. If the Indus valley civilization (3rd–2nd millennium bce) was the earliest source of these traditions, as some scholars hold, then Hinduism is the oldest living religion on Earth. Britannica Quiz Hinduism Hinduism is one of the most popular religions on Earth. In the early 21st century, Hinduism had nearly one billion adherents worldwide and was the religion of about 80 percent of India’s population. Overview The term Hinduism Since the late 19th century, Hindus have reacted to the term Hinduism in several ways.

Hinduism - World Religions for Kids Hinduism is considered to be the oldest “living” religion in the world, since it began at least four thousand years ago and people still follow it today. What we call Hinduism is a huge collection of belief systems that have been influenced and changed over history. Unlike most other major religions, Hinduism has no single founder like Jesus or Mohammad or a central leader like the Pope—because of this, people worship in VERY different ways. Hinduism is the third largest religion in the world, with about 1 billion followers world-wide, most of whom live in India. Ancient writings teach the Hindu religion. Most Hindus believe in one supreme spirit called Brahman. A major different from Abrahamic religions is the view of life and death. (reborn) into a new form. Another major part of Hinduism and life in South Asia is the caste system. The ultimate goal for Hindus is to end their reincarnation cycle and reach Moksha.

Kids :: World Religions There is special information and activities contained within for teachers. Teachers please visit our Activities section. What is religion? What is a spiritual tradition? Religion is all or some of the attributes described below. a way of explaining the mysteries of life how the world was created why it was created why there is life and death what happens when people die why there is suffering a way of explaining a supreme power or absolute power, whether impersonal or personal, nameable or not a way of explaining who or what created the world and all the living beings a way of describing a dimension beyond the physical world -- the spiritual world a way of explaining how to lead a good life on Earth and in an afterlife these codes of behavior are often written in sacred documents or passed down through oral tradition

Hinduism | Religious Literacy Project What has come to be called the “Hindu” tradition is a rich fabric of civilization, including many hues and textures of religious life. It is woven of the religious cultures and ways of many peoples, speaking many languages, and worshipping through many images of the Divine. The most ancient peoples of South Asia lived in the cities of the Indus River Valley for perhaps a thousand years, from about 2500 to 1500 BCE. The remains of their finely planned cities, Mohenjo Daro and Harappa, give clues to the ritual life of what was once a widespread civilization. The Aryan peoples began to move into northwest India from Central Asia aroundabout 1500 BCE, eventually settling in the wide plains of the Ganges River. The Aryans did not, however, erase the indigenous civilization of ancient India, which is speculatively identified with the Dravidian culture and language groups of south India. The Evolution of Hinduism→ Image Credits:

Islam - World Religions for Kids The prophet Muhammad is the founder of Islam, and Muslims believe he was the last prophet of Allah—it is believed the first prophet was Adam (Adam and Eve). A prophet is someone who is believed to have spoken to a God and then repeats God’s message. There were many prophets before Muhammad including: Adam, Noah, Abraham, Job, Moses, John the Baptist, and Jesus. Islam began in modern-day Saudi Arabia in a town called Mecca where Muhammad was born. Muslims do not think of Muhammad as the founder of a new religion, but as the restorer of the original monotheistic faith of Abraham, Moses, Jesus, and other prophets. The Muslim place of worship is called a mosque (mosk). Jerusalem is the 3rd holiest city of Islam. There are 2 major denominations in Islam—Sunni (soon-ee) and Shi’a (she-ah). 1. 2. 3. 4. 5.

Religion, World Religions, Comparative Religion - Just the facts on the world's religions. Hinduism - Origins, Facts & Beliefs Hinduism is the world’s oldest religion, according to many scholars, with roots and customs dating back more than 4,000 years. Today, with about 900 million followers, Hinduism is the third-largest religion behind Christianity and Islam. Roughly 95 percent of the world’s Hindus live in India. Because the religion has no specific founder, it’s difficult to trace its origins and history. Hinduism is unique in that it’s not a single religion but a compilation of many traditions and philosophies. Hinduism Beliefs Some basic Hindu concepts include: Hinduism embraces many religious ideas. Hinduism Symbols There are two primary symbols associated with Hinduism, the om and the swastika. The om symbol is composed of three Sanskrit letters and represents three sounds (a, u and m), which when combined are considered a sacred sound. Hinduism Holy Books Hindus value many sacred writings as opposed to one holy book. The primary sacred texts, known as the Vedas, were composed around 1500 B.C. Hinduism vs.

Christianity - World Religions for Kids Christianity Christianity is the world's biggest religion, with about 2.2 billion followers worldwide. This monotheistic religion is based on the teachings of Jesus of Nazareth who later became known as Jesus Christ because his believers think he is the Son of God. Jesus was crucified around 33 CE in Jerusalem—a very important city to Christians. Old Jewish writings said a leader would die and rise from the dead to lead the people. Christians believe that Jesus rose from the dead and appeared to his disciples (followers), which made him the Messiah (Savior) promised in the Old Testament. Christianity originally developed as a part of Judaism. Jesus lived for 33 years before being crucified by the Romans. The Christian place of worship is called a church. Christianity from Judaism There are different branches or denominations of Christianity because some Christians worship in different ways and believe in different parts of the Bible.

[Regents Prep Global History] World Belief Systems: Introduction Humans have always expressed a need to understand natural phenomenon and to answer questions regarding their way of life and what happens once they die. These needs resulted in the development of a variety of religions and philosophies that can be found throughout the world today. This site is designed to aid students in reviewing nine of the world's major belief systems in preparation for the New York State Regents Exam in Global History and Geography. In addition, students may test their knowledge of the material presented here by accessing multiple-choice questions from past Regents Exams.