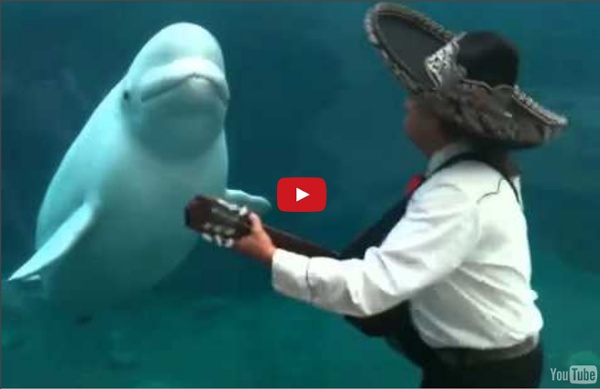 Evolution of cetaceans About 80 of the 87 modern species in the order Cetacea. A phylogeny showing the relationships among cetacean families.[1] illustrative evolution-line of cetaceans The cetaceans (whales, dolphins and porpoises) are marine mammal descendants of land mammals. Their terrestrial origins are indicated by: Their need to breathe air from the surface;The bones of their fins, which resemble the limbs of land mammalsThe vertical movement of their spines, characteristic more of a running mammal than of the horizontal movement of fish. The question of how a group of land mammals became adapted to aquatic life was a mystery until discoveries starting in the late 1970s in Pakistan revealed several stages in the transition of cetaceans from land to sea. Earliest ancestors[edit] The molecular data is supported by the recent discovery of Pakicetus, the earliest proto-whale (see below). Indohyus[edit] Possible relationships between cetaceans and other ungulate groups.[1][3] Pakicetidae[edit] General[edit]

Extinct Giant Whale-Eating Whale Found - Unlike modern sperm whales, this one had teeth in both jaws and might have eaten like killer whales. - The 10-foot sperm whale skull fossil is the largest ever found. - Its main food might have been baleen whales. The massive skull and jaw of a 13-million-year-old sperm whale has been discovered eroding from the windblown sands of a coastal desert of Peru. The extinct cousin of the modern sperm whale is the first fossil to rival modern sperm whales in size -- although this is a very different beast, say whale evolution experts. "We could see it from very far," said paleontologist Olivier Lambert of the Muséum National d'Histoire Naturelle in Paris, France, who led the team which found the fossil. PHOTOS: Mammals of the Sea The giant 3-meter (10-foot) skull of what's been dubbed Leviathan melvillei (in honor of the author of "Moby Dick") was found with teeth in its top and bottom jaws up to 36 centimeters (14 inches) long. VIDEO: Why is Whale Vomit So Valuable?

The Loneliest Whale in the World On their most recent episode of their always-enjoyable Dinner Party Download podcast, American Public Media's Rico Gagliano and Brendan Newnam featured the story of "a lonely whale with vocal problems whose love song supposedly chases lady whales away." According to a 2004 New York Times article on the subject, this particular baleen whale has apparently been tracked by NOAA since 1992, using a "classified array of hydrophones employed by the Navy to monitor enemy submarines." It sings at 52 Hertz, which is roughly the same frequency as the lowest note on a tuba, and much higher than its fellow whales, whose calls fall in the 15 to 25 Hertz range. To make matters worse, the high-pitched whale "does not follow the known migration route of any extant baleen whale species." The result, according to Dr. The cryptozoologist Oll Lewis speculates that the lonely whale might be "a deformed hybrid between two different species of whale," or even "the last surviving member of an unknown species."

Humpback Whale and Kite Surfer Feb 8, 2012 Everyone knows whales are huge. In fact, the Blue Whale is the largest known animal to have ever existed (source). Roughly the length of a basketball court, these majestic creatures are a sight to behold. In this startling image, we see a kite surfer likely unaware that this colossal mammal is right below him. *Update: As updated by the photographer (Michael Swaine @ AbovePhotography.com.au), this is an aerial capture of a humpback whale not a blue whale as initially reported.

Whale survives harpoon attack 130 years ago to become 'world's oldest mammal' A giant bowhead whale caught off the coast of Alaska had a harpoon point embedded in its neck that showed it survived a similar hunt – more than a century ago. Biologists claim the find helps prove the bowhead is the oldest living mammal on earth. They say the 13-centimetre arrow-shaped fragment dates back to around 1880, meaning the 50-ton whale had been coasting around the freezing arctic waters since Victorian times. Scroll down for more... Because traditional whale hunters never took calves, experts estimate the bowhead was several years old when it was first shot and about 130 when it died last month. "No other finding has been so precise," said John Bockstoce, a curator at the New Bedford Whaling Museum in Massachusetts. Calculating a bowhead whale's age can be difficult, and is usually gauged by amino acids in the eye lenses. It is rare to find one that has lived more than a century, but experts now believe the oldest were close to 200 years old. to stay warm as efficiently as possible.