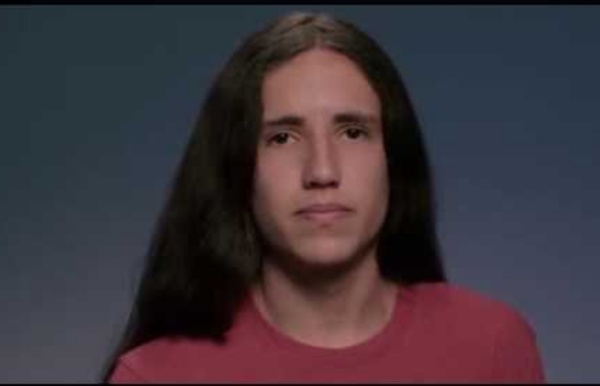 Related:  saramalm • What can we do to change the world? • Presidential election in the USA 2016

Mog’s Christmas Calamity This EFL lesson plan is designed around a short film commissioned by the British supermarket chain Sainsbury’s titled Mog’s Christmas Calamity inspired by the children’s writer Judith Kerr. In the lesson students collate vocabulary related to Christmas, talk about Christmas customs, watch a short film and predict the ending of the film. I would ask all teachers who use Film English to consider buying my book Film in Action as the royalties which I receive from sales help to keep the website completely free. Language level: Pre-intermediate (A2) –Intermediate (B1) Pay It Forward Comments Before and After: Before showing the movie ask the class to evaluate the various ways that characters in the movie paid it forward. At the end of the movie, tell students that there is a Pay It Forward Foundation with a web-site showing instances of paying it forward. See The Pay It Forward Experience. Discussion Questions:

Donald Trump INFURIATED After Michelle Obama Puts Him On BLAST For His Behavior (VIDEO) – Realtime Politics Don’t mess with Michelle Obama! FLOTUS appeared at a Philadelphia rally Wednesday morning, where she pummeled Donald Trump over his awful debate performance Monday night. The First Lady railed against Trump for his refusal to apologize for his claims that President Obama was not born in the U.S., a lie that Hillary Clinton attacked him for on Monday. 1,150 Free Movies Online: Great Classics, Indies, Noir, Westerns Free Comedy & Dramas 175 Paramount Films on Paramount’s Official YouTube Channel – Free – The Paramount Vault now streams on its official YouTube channel 175 free feature films. Includes 1987’s Ironweed with Jack Nicholson and Meryl Streep, Hamlet (1990) with Glenn Close and Mel Gibson. They’re limited to a US audience.125 Korean Feature Films – Free – The Korean Film Archive has put on YouTube over 100 Korean feature films, including Im Kwon-taek’s Sopyonje and Hong Sangsoo’s The Day the Pig Fell Into a Well.

Michelle Obama on Donald Trump: Watch the Full Speech - Motto First Lady Michelle Obama delivered an impassioned, searing response on Thursday to Donald Trump’s comments about women that surfaced in a leaked 2005 Access Hollywood tape. “I have to tell you that I can’t stop thinking about this. It has shaken me to my core in a way that I couldn’t have predicted,” she said. “It is cruel. It’s frightening. And the truth is, it hurts. Pernilla's English Classroom: Short films Here is a collection of good short films: * Alma (approx. 5 mins):* Bend it like Beckham (short clip from movie + questions)* Boats (approx. 6:15 mins):* By the pool (approx. 2:35 mins)* Cargo (approx. 7 mins):* December (approx. 1.40 mins):* Giving (approx. 3 mins):* Identity (approx. 5:20 mins):* Let's make a movie (approx. 7 mins):* Marry Me (approx. 7 mins):* Matt (approx 13 mins.):* Max's movie (series in ten episodes from UR)* Mo'ne Davis: Throw Like a Girl (approx. 16 mins):* Paperman - short film:* The Present (approx. 4 mins):The Present from Jacob Frey on Vimeo.* Roof Rattling (approx. 14:40 mins)* Selfie:* Spin (approx. 8 mins):Questions:* is it ok to reverse the order of things that happen in life?* What could the consequences be?* Should we do everything we can to avoid bad things from happening in life?

He Named Me Malala: Education Resources - National Geographic Society When 11-year-old blogger Malala Yousafzai began detailing her experiences in the Swat Valley of Pakistan for the BBC, she had no idea what momentous changes were coming in her life. Her father, Ziauddin, a school founder and dedicated teacher, was outspoken in his belief that girls had a right to an education. As they continued to speak out against restrictions imposed by extremists, Ziauddin received constant death threats. But it was Malala who was almost killed, shot in the head by a gunman on her way home from school. Mr Trump, the President-Elect ⋆ WebEnglish.se About This theme page presents lesson plans and materials to learn about the new President of the USA, Donald Trump, following him from the election day into the first weeks of his presidency. Background