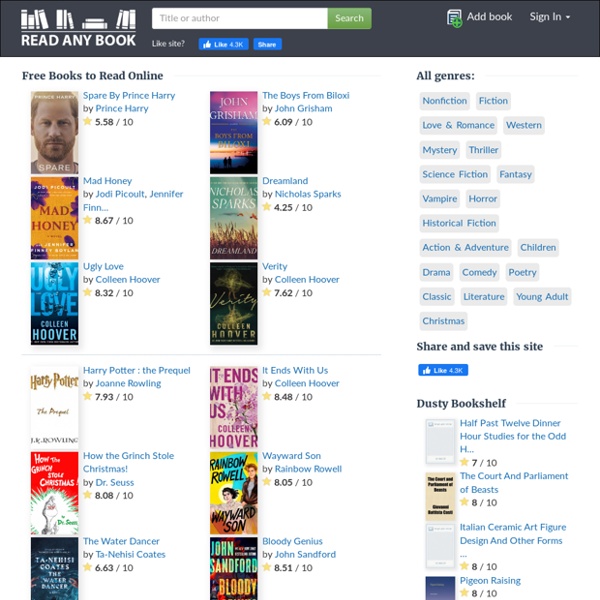 Best Short Stories for Middle Schoolers, As Chosen by Teachers It can be a challenge to get middle schoolers interested in reading. The thought of tackling a thick novel can be overwhelming, especially toward the end of the school year when attention spans and patience for reading are often running short. Short stories are always a great choice. In addition to requiring less of a time commitment, they are an easy way to expose your students to new authors and genres. Also, the best short stories are every bit as engaging and meaningful as the best novels. Read The Passage Page 1 read free novels online Part I The road to death is a long march beset with all evils, and the heart fails little by little at each new terror, the bones rebel at each step, the mind sets up its own bitter resistance and to what end? The barriers sink one by one, and no covering of the eyes shuts out the landscape of disaster, nor the sight of crimes committed there.

Digital Escape Room Gregory Goyle: A resident of Slytherin House and friend of Draco Malfoy. Never turns down food. Enjoys playing the role of beater in Quidditch and picking on those who don't match his idea of what a wizard should be. He does whatever Draco Malfoy tells him to do no matter the cost or what it is. He's never seen without food, Draco, and is a follower of Voldemort who will do what he can to protect the future he wants. Draco Malfoy: Slytherin House bad boy. Stories for kids online and fun games to play Here you can find lots of lovely interactive books to read online or watch with signing. There are classic children's stories that we think you and your family will love, including Hairy Maclary from Donaldson's Dairy by Lynley Dodd to Owl Babies by Martin Waddell and Patrick Benson, along with newer favourites such as Chris Haughton's Oh No, George! and Everybunny Dance! by Ellie Sandall. Our storybooks and games are free to use, however some older devices aren't able to support them.

National Literacy Trust Edited by Katherine Rundell, with contributions from more than 100 children’s writers and illustrators This extraordinary collection of short stories, poems, essays and pictures has contributions from more than 110 children’s writers and illustrators, including Lauren Child, Anthony Horowitz, Greg James and Chris Smith, Michael Morpurgo, Liz Pichon, Axel Scheffler, Francesca Simon and Jacqueline Wilson. The collection, published by Bloomsbury, is dedicated to the doctors, nurses, carers, porters, cleaners and everyone working in hospitals. The Book of Hopes is available as a beautiful hardback gift edition, with 23 never-seen-before stories, poems and illustrations. The Book of Hopes is available to buy now from all good book retailers. A donation from the sale of each book will go to NHS Charities Together, in gratitude for the incredible efforts of all those who worked in hospitals over the quarantine period.

Enter an Archive of 6,000 Historical Children's Books, All Digitized and Free to Read Online We can learn much about how a historical period viewed the abilities of its children by studying its children's literature. Occupying a space somewhere between the purely didactic and the nonsensical, most children’s books published in the past few hundred years have attempted to find a line between the two poles, seeking a balance between entertainment and instruction. However, that line seems to move closer to one pole or another depending on the prevailing cultural sentiments of the time. And the very fact that children’s books were hardly published at all before the early 18th century tells us a lot about when and how modern ideas of childhood as a separate category of existence began. Is Now Free to All « The LibraryThing Blog Starting today, LibraryThing is free to all! We’re dropping all membership fees and limits. Since opening in 2005, LibraryThing has charged a fee to catalog more than 200 books—$10 per year, or $25 for a lifetime. We felt it was important to have customers, not an “audience” we sell to advertisers. So we focused on attracting customers who paid us by choice—and kept us alive.

Short Stories The Case of the Four and Twenty BlackbirdsThis is a story called "The Case of Four and Twenty Blackbirds". It was first published in 1984, in KNAVE and was my third published short story. It was reprinted in 1993 ANGELS AND VISITATIONS (although I didn't put it into Smoke and Mirrors) and it's been collected in anthologies a few times since then. --NG I Cthulhuor What's A Tentacle-Faced Thing Like Me Doing In A Sunken City Like This (Latitude 47° 9' S, Longitude 126° 43' W)? A Study in Emerald - [5.1 MB PDF file] Written by Neil Gaiman, Illustrations and Layout by Jouni Kopnen - Requires the Adobe PDF reader available at Adobe.com.