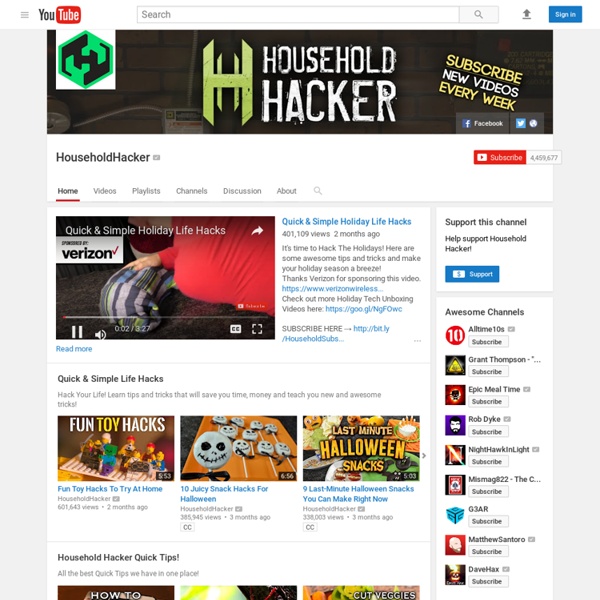 Generic House episode The Generic House episode [[image:|245px|center|]] Airdate Every day if you have extended cable Episode Number infinity-infinity Zebra Factor {{{zebra}}}/10 Generic is the nTH season episode of House which airs every time the series is aired anywhere on the planet. This article is intended to be entirely humorous, but, of course, in satire there is truth. Recap Edit Two people are engaging in an intensely physical activity. The patient is taken to Princeton-Plainsboro Teaching Hospital, which is apparently at a temporal nexus of every known disease in the universe. Cuddy brings the case to House. Cameron thinks it is an infection. House goes to see Wilson about his woman problems. Foreman and Chase do the environmental scan but find nothing more harmful than moldy bread in the refrigerator. Foreman goes to Cuddy and tells her that House is giving a patient steroids without confirming the autoimmune condition. The patient stabilizes, but they are back to square one. Zebra Factor 11/10 Cast jf.

How to Clean your Washing Machine We don't send a lot of mail, but when we do, it's awesome! Sign up to receive exclusive content and FREE printables directly to your inbox! Your information will never be shared or sold to a 3rd party. Before you leave... Make sure you sign up for our weekly newsletter! Zombie Survival Guide Channel - ZMZreloaded Don't know what to bring with you for the Zombie Apocalypse? Here is the Top 10 Items you will need to survive! number 10 - Hygiene Productsnumber 9 - Extra Pair of clothesnumber 8 - Duct tapenumber 7 - Campers Utility knifenumber 6 - Backpack number 5 - ?number 4 - ?number 3 - ? Last weeks video: facebook: ***How to get featured***link coming soon The More subscribers I get on my channel means the more things I can do with it. 500 subs - Game/Movie Reviews1000 subs - Spotlight Videos (of Fans and others)5000 subs - Dan The Survival Man and Interviews of other Youtubers10,000 subs - Weapon Testing and Reviews15,000 subs - Zombie Survival Web Series (and not that retarded bullshit either) -All music/sounds/pictures/clips are royalty free-

core channels Ultimate Insult Man About Ultimate Insult Man refers to a video clip featuring a game show host viciously berating a contestant for answering a question incorrectly. The scene is often referenced or embedded in discussion forums to incite other users, as well as being featured as a reaction clip in several YouTube remix videos. Origin The video clip comes from a scene in the 1995 comedy film Billy Madison, in which the host of an academic decathlon (played by James Downey) insults the character Billy Madison (played by Adam Sandler) during the contest. “What you’ve just said is one of the most insanely idiotic things I have ever heard. The earliest known video using the scene was uploaded by YouTuber ladder09 on August 29th, 2007, featuring the incoherent response of Miss Teen USA South Carolina followed by the insult clip (shown below). Spread Notable Examples Search Interest External References

Green Design Furniture's Sustainable Stunning Standing Desk I first met Douglas Green and his eponymous company Green Design Furniture at GreenBuild in 2008, a logical place for him to be with such a name. Then I admired the way he builds, and now I admire his new standing desk. Image credit Lloyd Alter He defined what he means by green design and manufacturing: Green manufacturing to us means creating designs that endure - structurally and artistically - to last for generations, without harming either the environment or the people that make or use them. He describes this particular unit: The design of this desk is ideal for individuals who prefer working at a higher level. The double top is clever, the slope is great for writing or drawing, while the flat interior can hold a computer.

DEM DER JOKES! HUR HUR HUR! SCORE! This time I am giving away Skyrim, BUT you might not want it, because the game is BUG CITY! WTF! Gameplay & Giveaways! Who dat...NED STARK?! The Elder Scrolls V: Skyrim: MAIL TIME ADDRESS:SwiftKarateChop / Matthew BrownP. help Im bored I don't know what the back of my head looks like I don't know who wrote Poor Richard's Almanack/what time it is I need to buy a gift for someone I don't know which fork to use I don't want to clean up my mess I can't chew gum because I have braces I want to buy help®'s products I want my cat to be a cover model I don't know if I am depressed/colorblind I am worried about my penis size I don't know what to do for my birthday I want to learn another language I want to buy help® elsewhere I want to buy help® shirts I don't know what soda to drink Although I appreciate your sharing this webpage with your friends, family, and co-workers via social networks, I would appreciate it even more if you shared this webpage with my ex girlfriend who broke up with me because she thought I was a loser who was never really going to amount to anything. Send email helpineedhelp.com this page a requestreturn to share

General Uses For Bamboo Bamboo has been used for eons for many applications, from a food source to a building material. But with the age of modern materials, many people don’t understand the scope of uses for bamboo. The shoots can be picked early for eating, and the wood of older canes can be treated and used as anything from decoration to instruments. Thankfully, many manufacturers have seen all the products that can be made from this highly renewable resource and have begun to utilize bamboo in some fascinating ways. Decorations From picture frames to room dividing screens, bamboo can make some elegant and exotic decorations for the home. Building materials More and more furniture, flooring, and even homes are being built with bamboo. Fabrics and clothing A fabulous trend right now is bamboo fibers being used in fabrics and clothing. Cooking Cooking with bamboo is nothing new in Asian culture. Agriculture Bamboo started out as a natural plant in most places, but has become a large part of agriculture. Weapons

TastyPC.TV In this video I build an entirely semi-passive gaming PC, with an i7 4790K and up to a Strix GTX 980. Everything is completely passively cooled even when light gaming. :) Full parts list:Intel Devils Canyon i7 4790K @ 4.5GHzAsus ROG Maximus VII HeroCorsair 16GB 1600MHz LP Vengeance MemoryAsus Strix GTX 980, 970 & 780 OC Edition CardsNoctua NH-D15 CPU Air CoolerNoctua IndustrialPPC FansCorsair Graphite 730T CaseCorsair AX1200i PSUCorsair 120GB Force GT SSD 25 Cool Ideas To Display Family Photos On Your Walls Family portrait by Lori Andrews (via designcrushblog) We all have family photos that we love. Most of them live well in photo albums but the best of them could and should be displayed throughout the house. It’s one of those things that add a personal touch of coziness to any interior decor. Besides, nowadays there are so many cool ways to display them that your family photos could even become a real design element. Some time ago we’ve already shown you a bunch of cool ideas how you can hang your photos and art in creative ways. Displaying pictures could be challenging but we can and will make the process more easy for you. mixed and matched family photos Family photo heart display Family photo ladder Family photo tree Family photos above your sofa Family photo clocks Family photos around tv Family photos on wires Modern family photo tree Family photos on the whole wall (via pinterest) A large family photo covering the whole wall (via poppytalk) LOVE family photo display on clothspins (via bios)

How to Turn a Pallet into a Garden Good news and bad news. I had planned to film a short video showing you how to make a pallet garden, but the weather didn’t cooperate. I was stapling the landscape fabric onto the pallet when it started drizzling and got really windy. That’s the bad news. But I know I promised a tutorial today, so I took photos and have kept my word to share how to make the pallet garden. I tried to be as detailed as possible. So keep reading my pallet loving friends, instructions on how to make your own pallet garden are just a few lines away… Find a Pallet The first thing you need to do is–obviously–find a pallet. Don’t just take the first pallet you find. Collect Your Supplies For this project, you’ll need the pallet you found, 2 large bags of potting soil, 16 six packs of annual flowers (one six pack per opening on the face of the pallet, and two six packs per opening on the top of the completed pallet garden), a small roll of landscape fabric, a staple gun, staples, and sand paper. Now for the sides.