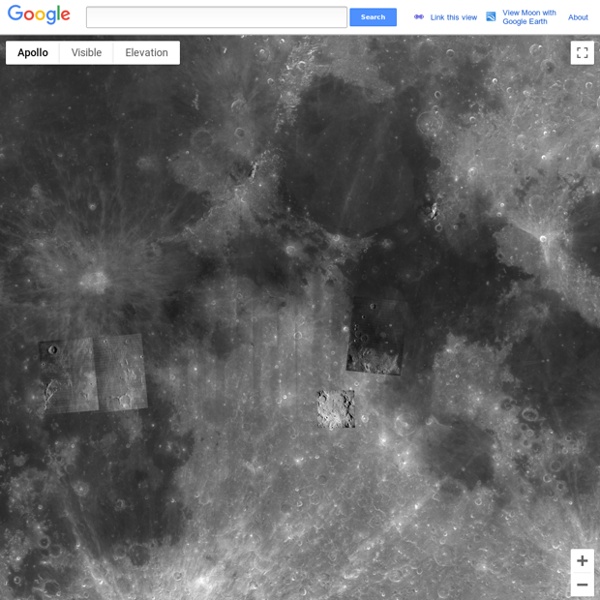 If the Moon Were Only 1 Pixel - A tediously accurate map of the solar system Mercury Venus Earth How Stanley Kubrick Faked the Apollo Moon Landings "There are great ideas, undiscovered breakthroughs available, to those who can remove one of truths protective layers." Neil Armstrong, "First Man on the Moon" July 20th, 1994 It has now been forty years since the fabled moon landings by NASA and the Apollo gang. When it comes to the subject of the moon landings, people tend to fall into two belief groups.

Notebook As of July 2012, Google Notebook has shut down and all Notebook data should now be in Google Docs. As previously announced, in most cases we were able to automatically export the Notebook data, so please visit Google Docs. Also please update any bookmarks or links to Notebook so that they point to Docs instead. Here are answers to some questions about this transition.

Fractal World Gallery Thumbnails : cosmic recur... Fractal World Gallery contains a collection of Pure flame fractals, fractal flame composites, fractals, etc: established 1998 Flame Fractals date from 1998 to the Present. by Cory Ench © 2007 Images from this gallery may only be used with artist's permission Fractal software includes Frax Flame and Apophysis for cosmic recursive fractal flames. FAQ I CONTACT I PRINTS More artwork by Cory Ench at www.enchgallery.com 164 images in room 7 click on the thumbnails for full view fractal image No One Wants to Live in My 'Elysium'-Style Simulation Orbital Space Colony They will also be a pain in the ass to run. And I speak from experience on this because I briefly governed my own orbital colony. My time in command did not end well.

Magnifying the Universe Embed this infographic on your site! <iframe width="500" height="323" scrolling="no" src=" frameborder="0" allowfullscreen></iframe><br />Copyright 2012. <a href=" the Universe</a> by <a href=" Sleuth</a>. Amazon Founder Finds Apollo 11 Moon Rocket Engines On Ocean Floor When NASA's mighty Saturn V rocket launched the historic Apollo 11 mission to land the first men on the moon in 1969, the five powerful engines that powered the booster's first stage dropped into the Atlantic Ocean and were lost forever. Lost, that is, until now. A private expedition financed by Amazon.com founder and billionaire Jeff Bezos has discovered the five F-1 rocket engines used to launch Apollo 11 into space on July 16, 1969 and is drawing up plans to retrieve one or more so they can be publicly displayed.

PowerMeter - Save Energy. Save Money. Make a Difference. We launched Google PowerMeter as a free energy monitoring tool to raise awareness about the importance of giving people access to their energy information. PowerMeter included key features like visualizations of your energy usage, the ability share information with others, and personalized recommendations to save energy. We partnered with device manufacturers and utilities around the world. Philosophy .. My purpose therefore is, to try if I can discover what those principles are, which have introduced all that doubtfulness and uncertainty, those absurdities and contradictions into the several sects of philosophy; insomuch that the wisest men have thought our ignorance incurable, conceiving it to arise from the natural dullness and limitation of our faculties. (George Berkeley) Ignorance more frequently begets confidence than does knowledge: it is those who know little, not those who know much, who so positively assert that this or that problem will never be solved by science.

Apollo 11-17 First man on the Moon - Apollo Moon Landings - QTVR photos from panoramas.dk Less known is that during all the missions they made image sequences which with today's computer technics can be stitched together into 360o interactive panoramas giving you the possibility to view the moon almost as you were there. Many of these panoramas have been published before but in low resolution and displayed in small sizes. Film used on the Moon was a modified Kodak Ectachrome 160.