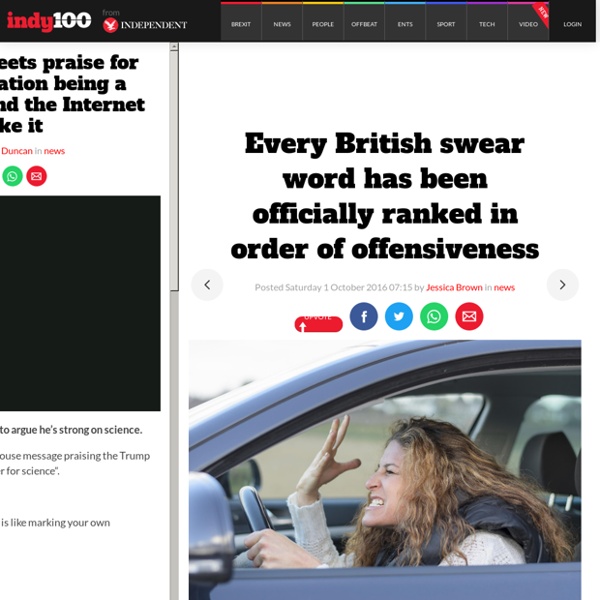 34 Welsh words and phrases that are just as good as popty ping 1. Wnco mwnco It means: Him over there How you say it: Oon-core moon-core 2. Similes and Metaphors – The Canswedian English Teacher Fun fact! Did you know that the simile, “Life is like a box of chocolates” was used WAY before it became famous in Forrest Gump. Does anybody know who it was that wrote it? I’ll give you the answer at the bottom of the blog (*evil laugh*)

Word order English S-V-O, place and time Word order svo Word order: Subject (S), verb (V), object (O). Jenny likestennis.Bob isa pupil.Weplay computer games. 10 Phrasal Verbs That Are Useful for Business Communicating with native English speakers in a business setting means you’ll hear phrasal verbs at least once, if not several times, during a conversation. Phrasal verbs can make the conversation confusing and difficult to follow for non-native English speakers. As defined in the Grammarly handbook, phrasal verbs are verbs used with another word (an adverb or preposition) to create a commonly used phrase. Phrasal verbs are idiomatic — you can’t deduce the meaning of a phrasal verb by interpreting each of the words it contains literally. For example, if you say, “I’ll look into the mirror,” you are going to direct your sight to a mirror.

Why Do Most Languages Have So Few Words for Smells? Describe a banana. It's yellow, perhaps with some green edges. When peeled, it has a smooth, soft, mushy texture. Six low-preparation vocabulary activities for the English classroom Cristina Cabal, winner of the British Council's TeachingEnglish blog award, has new and improved games for revising English words. Turning passive vocabulary (the words you know) into active vocabulary (the words you use) is one of my main concerns when teaching. To do this, I keep three key words in mind – internalise, retain and retrieve. Learners need to first learn the new language, then feel confident using the new structure, expression or word. They have to be exposed to the new term multiple times, with different examples and in different contexts.

Falling Clouds Falling Clouds In this game you have to move words around to make a sentence. You can practice English grammar by rearranging words to make a complete sentence. The sentences get more complicated as you progess. Hopefully this game is a good way to practice sentence structures and review word order.

‘Not a Soul Taking Control’: How a Storm in the New York Area Upended the Night On Friday morning, the snow from an early winter storm started to melt, and people in and around New York City wanted answers from their government officials. But on Thursday night, they were just trying to get home. The region was crippled by snow and ice, with the effects ranging from felled tree branches in city neighborhoods to children trapped on school buses for hours. In New Jersey, one person died after an accident involving a train and a car, said Gov. Philip D.

Mandarin Chinese Pinyin Chart with Audio - Yabla Chinese About Pinyin Hanyu Pinyin is the official system to transcribe Mandarin Chinese sounds into the Roman alphabet. It was invented in 1950s, and adopted as a standard in mainland China in 1958. Pinyin is used for several purposes, such as teaching Chinese, transcribing names and places into the roman alphabet, and used as an input method for typing Chinese characters. Pinyin is not the only system devised to transcribe Chinese sounds into roman letters. An older system called Wade-Giles was used in the first half of the 20th century, and it has left its mark on the English language.

WORD GAMES Ammon Shea, a 37-year-old former furniture remover in New York, spent 12 months conquering what he describes as the Everest of dictionaries, the Oxford English Dictionary (OED), by ploughing through 20 volumes, 21,730 pages and 59 million words (read more here). We can only guess how much of what he read has stayed between his ears, which is, at times, quite a challenge for our students. Luckily for the latter, though, their word lists are much shorter. We can use some magic formulae for helping words stick in the head trying to come up with clever associations, getting students to use definitions, determining a rate at which words should be learnt without falling out of their heads, creating some “brain surprises” (see more here), or resort to some oldies but goldies – word games.