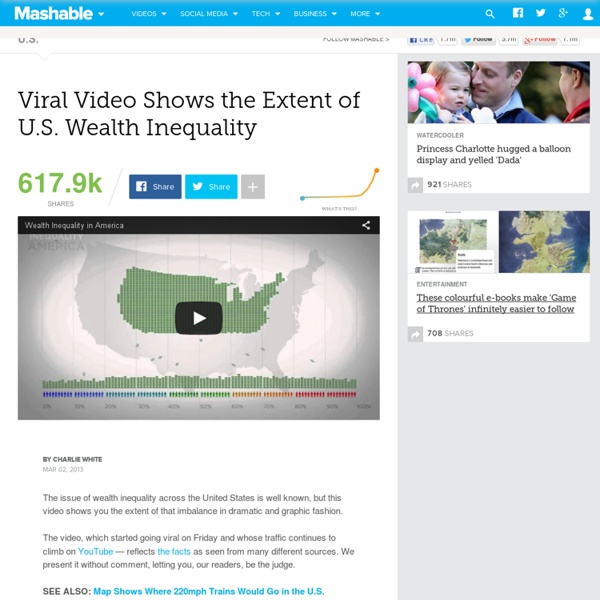 Jonathan Kozol On Kids Who Survive Inner Cities Copyright © 2012 NPR. For personal, noncommercial use only. See Terms of Use. For other uses, prior permission required. I'm Michel Martin and this is TELL ME MORE from NPR News. But first we want to spend a few minutes talking about something that many of us spend more time thinking about at this time of year when many celebrate their good fortune. Our next guest is Jonathan Kozol, a man who's brought the stories of the nation's poor out of the shadows through his many best-selling books. His latest is called "Fire in the Ashes." Jonathan Kozol, thank you so much for speaking with us. JONATHAN KOZOL: Thanks so much, Michel. MARTIN: You start the book telling us about two young men, Eric and Christopher, and I was hoping you could just briefly lay out their stories. KOZOL: OK. You know, I kind of predicted that would happen, but I didn't realize, in these two cases, that it would lead to really tragic results. MARTIN: What did happen to them? KOZOL: That might have... MARTIN: No. KOZOL: Yes.

What Career Should I Choose? [Interactive Graph] An interactive chart that basically breaks down what occupations are "worth choosing" based on potential salary, competition and market stability. Show More The Minimum Wage and Economic Growth In his State of the Union address to Congress President Obama called for a higher minimum wage. The purchasing power of the minimum wage peaked in the late 1960s at $9.22 an hour in 2012 dollars. That is almost two dollars above the current level of $7.25 an hour. Most of the efforts to raise the minimum wage focus on restoring its purchasing power to its late 1960s level, setting a target of around $10 an hour for 2015 or 2016, when inflation will have brought this sum closer to its previous peak in 2012 dollars. While this increase would lead to a large improvement in living standards for millions of workers who are currently paid at or near the minimum wage, it is worth asking a slightly different question. Suppose the minimum wage had kept in step with productivity growth over the last 44 years. This should not seem like a far-fetched idea. As the graph below shows, the minimum wage generally was increased in step with productivity over these years.

Classroom Programs | NFTE We work with schools in low-income communities where at least 50% of the students are eligible for free or reduced price lunch. NFTE is targeting young people who are at risk of dropping out of school, and helping them graduate with their own personal plans for success. Our program is: Highly Academic - During a semester or year long class at school, a NFTE-certified teacher guides students through one of our curriculums: Entrepreneurship: Owning Your Future or Exploring Careers for the 21st Century. Lessons include the concepts of competitive advantage, ownership, opportunity recognition, marketing, finance, and product development - and all tie back to core math and literacy skills. Fieldtrips, Games & Experiential Activities - NFTE brings learning to life through fun and experiential games including: Volunteers - Giving students the opportunity to hear from and interact with real-world entrepreneurs and business leaders is essential to the NFTE experience.

American Public Opinion on Economic Inequality, Taxes and Mobility (iStock) Income inequality in America rose during the Gilded Age over a century ago but declined in the wake of two World Wars for several decades. Inequality measures began to rise again in 1975 and by 2000 the country had returned to the same levels of income concentrations recorded in the 1910s. Income inequality has been linked to outcomes such as who gets to attend college or secure health insurance. A 2012 study from Illinois Wesleyan University published in Public Opinion Quarterly, “American Public Opinion on Economic Inequality, Taxes, and Mobility: 1990-2011,” analyzed trends in Americans’ perceptions towards divisions of wealth and taxes over this two-decade period. Key findings include: Despite greater political polarization and economic turmoil in recent years, Americans have not appreciably changed their beliefs on taxation, equality and mobility, the study states. Tags: metastudy, economy By Chrissie Long | September 25, 2012 Analysis assignments Class discussion questions

Working in America Jobs are definitely a top of mind subject. Did you know that manufacturing jobs were the largest sector of employment in 1960, yet today the category has fallen to 6th place? In this interactive visualization, browse who has been working in America over the past 50 years by sector, gender or age. Or take a look at GE’s expert opinion on the subject and tweet your own thoughts about key insights uncovered. This is best viewed in Safari, Chrome, Firefox and IE9. About this data The data in this visualization comes from the Bureau of Labor Statistics, the U.S. Share Downloads Download Application Design Partner Periscopic

Why Has Regional Income Convergence in the U.S. Stopped? Zoning and Inequality Tallahassee map (Wikimedia) Early in U.S. history, per-capita incomes varied widely, with some richer states boasting more than four times the average income of poorer ones. From 1880 to 1980, though, the gap closed steadily — a phenomenon scholars call “income convergence.” Part of the reason was labor mobility, as lower-income workers were able to move relatively easily to locations with higher-paying jobs. A 2012 paper from researchers at Harvard University and the Harvard Kennedy School, “Why Has Regional Income Convergence in the U.S. The study’s findings include: Income convergence in the United States increased rapidly between 1940 and 1980. The study concludes that land-use restrictions have resulted in “limited access for most workers to America’s most productive cities.” Tags: poverty, economy, inequality By Cynthia Thaler | February 5, 2013 Citation: Peter Ganong; Daniel Shoag. Analysis assignments Read the full study titled “Why Has Regional Income Convergence in the U.S.

Stock Market Worksheets Probability and Statistics Pack - Deep Learning - Print Them All! View Now... Complete Math Sets - Print 20,000 of them. - Skill Builders View Now... Printable Stock Market Worksheets These printable worksheets will help you understanding the concept of stocks and markets better. Middle and High School Math - Complete Selections - Very Effective View Now... Advanced Algebra Pack - Middle / High School - Instant Algebra View Now... Effects of raising the minimum wage: Research review and key lessons (Wikimedia) The U.S. federal minimum wage was first established during the Depression, and since 1933 has risen from 25 cents to $7.25 per hour. Despite the increases, inflation has eroded its value; returning it to the value it held in 1968 would require an increase to nearly $10 per hour. In his 2013 State of the Union address, President Obama called for raising the minimum wage to $9 per hour, which in adjusted terms would put it back at its early 1980s level. According to administration estimates, this would boost the wages of some 15 million people. Supporters of these efforts note that women in particular are likely to benefit significantly. In February 2014, the nonpartisan Congressional Budget Office issued a new report, “The Effects of a Minimum-Wage Increase on Employment and Family Income,” that explores two scenarios: Raising the minimum wage to $10.10 or to $9.00. The BLS further notes: “Minimum-wage workers tend to be young. Fundamentals and framings Subsequent studies

How To Fix The Economy... In One Simple Chart The Great Divide: Global income inequality and its cost In cities around the world, the gap between the rich and the poor is widening. And in each of these cities, that growing inequality comes with a cost. The greatest cost is the political and economic instability that accompanies vast disparities of wealth, Nobel Prize-winning economist Joseph Stiglitz told GlobalPost, using the United States as an example. “We are paying a very high economic price for this inequality — our economy is less productive and efficient,” Stiglitz said. “We are also paying a price in terms of our politics and our society — inequality is undermining our democracy and our basic values.” In this first set of stories of a GlobalPost Special Report titled “The Great Divide,” correspondents around the world are examining the global phenomenon of income inequality and why it should matter to all of us. To most Americans, this inequality seems an obvious and age-old reality of the developing world, a cliché of the global economy. By Charles M.

Charles Murray on the New American Divide Can the Middle Class Be Saved? - Magazine The Great Recession has accelerated the hollowing-out of the American middle class. And it has illuminated the widening divide between most of America and the super-rich. Both developments herald grave consequences. Here is how we can bridge the gap between us. Andy Reynolds/Wonderful Machine In October 2005, three Citigroup analysts released a report describing the pattern of growth in the U.S. economy. In fact, they said, America was composed of two distinct groups: the rich and the rest. In a plutonomy, Kapur and his co-authors wrote, “economic growth is powered by and largely consumed by the wealthy few.” Kapur and his co-authors were wrong in some of their specific predictions about the plutonomy’s ramifications—they argued, for instance, that since spending was dominated by the rich, and since the rich had very healthy balance sheets, the odds of a stock-market downturn were slight, despite the rising indebtedness of the “average” U.S. consumer. The Culling of the Middle Class