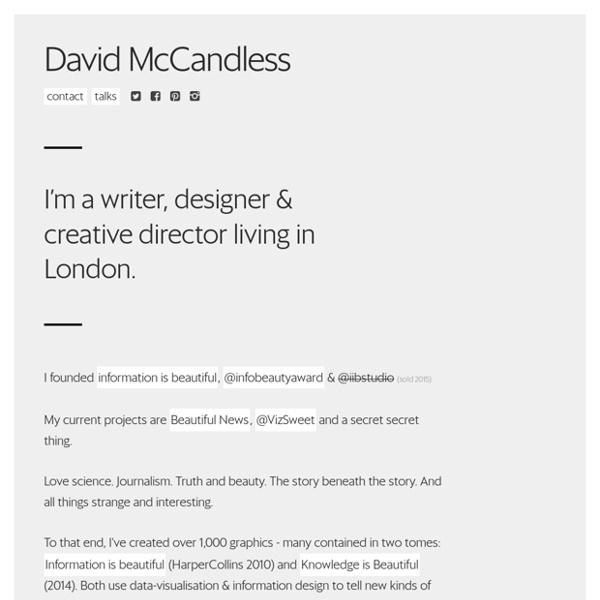 An Atlas of Cyberspaces- Historical Maps USENET in 1981. The topology of the BITNET in 1981 (partial map) The NSFNET infrastructure and topology in 1991. Boxing Clever: What Law Firms Can Learn From Effective Business Intelligence (Edge Int'l) By Tony Bash, Edge International, UK Managing for success May 2012 10 PRACTICE MANAGEMENT: BUSINESS INTELLIGENCE Ihave been working with law firms for longer than I care to remember, and, over those years, one of the more common terms bandied about has been business intelligence (BI). Sadly, however, time and again, that intelligence has provided very little real insight. This is because effective BI isn’t what often masquerades as it in law firms – a pack of Excel spreadsheets about the firm’s performance that goes out in a hardcopy monthly management report. And no, it isn’t any better if the reports are emailed as PDFs or put on the intranet! BI isn’t anything to do with data that looks at the past, since, as we hear so often, the past is no guide to the future.

Visual Storytelling: New Language for the Information Age by Maria Popova We now live in a world where information is potentially unlimited. Information is cheap, but meaning is expensive. Where is the meaning? Creator Processing ... Personal $ Svg $20 ✓ Raging Bulls: How Wall Street Got Addicted to Light-Speed Trading Photo: Tim Flach/Getty Wall Street used to bet on companies that build things. Now it just bets on technologies that make faster and faster trades. Editor’s note: One of the most interesting things about the catastrophe at Knight Capital Group—the trading firm that lost $440 million this week—is the speed of the collapse. News reports describe the bulk of the bad trades happening in less than an hour, a computer-driven descent that has the financial community once again asking if its pursuit of profits has led to software agents that are fast yet dumb and out of control.

If the Moon Were Only 1 Pixel - A tediously accurate map of the solar system Mercury Venus Earth You Are Here Moon Mars Rhetological Fallacies A brain-blending categorisation and visualisation of errors and manipulations of rhetoric and logical thinking. How many do you use? The word ‘rhetological’ is made up. Just so I can munge two types of entity: rhetorical techniques and logical fallacies. Both are used heavily by institutional powers – governments, religions, political parties, across the entire spectrum to sway opinion, confuse and obfuscate. And, unfortunately, we internalise them, like bad habits, into our own decision-making and mental processes.

Gallery The "Gallery" section is new to our website. We hope to build a strong VUE community of users and thinkers. We need your help in creating a stimulating gallery area, showcasing your uses of VUE. Gallery · mbostock/d3 Wiki Wiki ▸ Gallery Welcome to the D3 gallery! More examples are available for forking on Observable; see D3’s profile and the visualization collection. Please share your work on Observable, or tweet us a link!