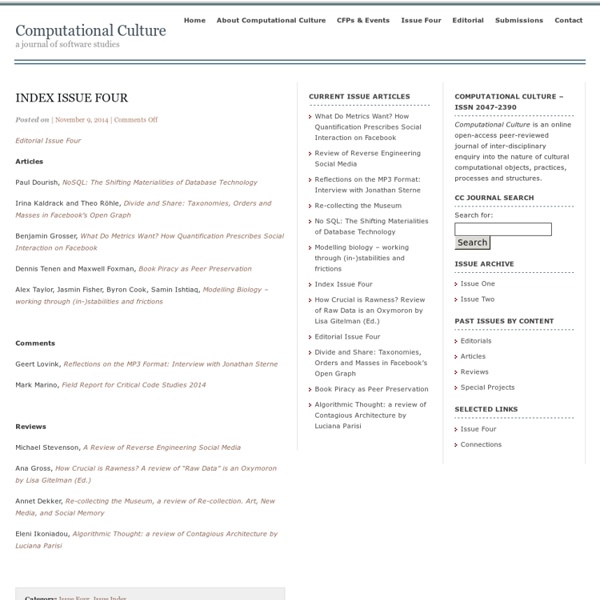 New Ipad, what apps to put on it? Pages: < 1 2 3 4 5 6 > Posted by DataMillDec 12, 2012 at 01:37 PM Outline+ is compatible with OneNote. It can sync notebooks stored in Dropbox. It’s a bit pricey, though. Posted by jamesoffordDec 12, 2012 at 01:39 PM Okay, I’ll answer my own question-Onenote for iOS is not worthwhile. So, back to the list that I had put together and that people have been posting here. Jim Posted by Stephen ZeoliDec 12, 2012 at 02:44 PM You might take a look at MagicalPad, which allows you to click anywhere in a workspace and start writing notes. It costs $4.99—sort of on the cusp of cheap enough to buy on spec to try out. Steve Z. Posted by MadaboutDanaDec 12, 2012 at 02:57 PM OneNote on iPad is pretty good, actually. OneNote+ is very good indeed, but has a couple of weaknesses: it doesn’t support checkbox lists (unlike Microsoft’s client), and although it allows you to type anywhere on the page, it doesn’t support outlines either (indented lists yes, actual folding outlines no).

CDRH Articles and Resources | Best Practices Recommendations for Digital Humanities Projects The Center for Digital Research in the Humanities (CDRH) recommends that digital research projects be based on international standards. Standards-based projects stand a greater chance of interoperating with similar sites, and are more likely to migrate successfully into new computing environments as file formats and standards change. A common early phase of digital research may involve building a Hypertext Markup Language (HTML) prototype to serve as an illustration or proof of concept. XML is an internationally adopted encoding standard that describes data. Another advantage of XML is that it facilitates the separation of content from design. If XML is beyond the reach of a small project, the Extensible Hypertext Markup Language (XHTML) may be an appropriate interim solution. TIFF and JPEG image file formats are advantageous in that they are not proprietary and are widely supported in many applications. Overviews of basic principles.

BayesiaLab 5.1: Analytics, Data Mining, Modeling and Simulation BayesiaLab raises the benchmark in the field of analytics and data mining. The improvements range from small practical features to entirely new visualization techniques that can transform your understanding of complex problems. Bayesia starts off 2013 with countless innovations in the newly-released BayesiaLab 5.1. Here is a small selection of the features that have been introduced in version 5.1: A Comprehensive Mapping Tool offering an entirely new way to visualize and analyze networks Occurrence Analysis for diagnosing sparse conditional probability tables Binary Clustering and Multiple Clustering to create latent variables with logical expressions Enhanced Resource Allocation Optimization and Target Optimization Design of Experiments Tool for generating questionnaires A new Radial Layout, plus the world's first Distance Mapping layout based on Mutual Information Box Plots for analyzing the distributions of numerical variables

Your Paintings Tagger Processing Qualitative Research Data With Tinderbox I wrote a while back that I often use a piece of software for the Mac called Tinderbox to churn through messy, unstructured focus group data and see the meaning and inherent structure in a soup of qualitative data. I was fortunate to be asked to present my method at a Tinderbox Weekend last November by Tinderbox auteur Mark Bernstein. It's a complicated process at the start, but once it's set up correctly you can zip through qualitative research data pretty quickly and develop structure in the process. Mark (and Eastgate's Stacy Mason) have been noodging me to make a screencast of this process, and I've finally gotten around to doing just that.

The Personal Wiki System ConnectedText is used in a variety of ways and in many contexts. I am always surprised to hear how other people use it, and the way I use it will probably appear just surprising as their use of the program will be to me. This essay is just my attempt to show how and why I use it for my research. I do not want to suggest that my way is the only or perhaps even the best way of using it. I am a 60 years old academic teacher and I have been using ConnectedText exclusively since August 2005 to keep my research notes and other bits of information. Will Duquette's Notebook (from May 2003 to August 2007). [1] Wikit (from the end of 2002 until May 2003) [2] and between 1985 and the end of 2002: InfoHandler, Ecco, InfoSelect, Packrat, Agenda, and Scraps for DOS, as well as MS Word (in its many incarnations). [3] I also experimented with many other so-called "PIMS," databases and other programs that promised to be useful for keeping research notes, but never really committed to any others.