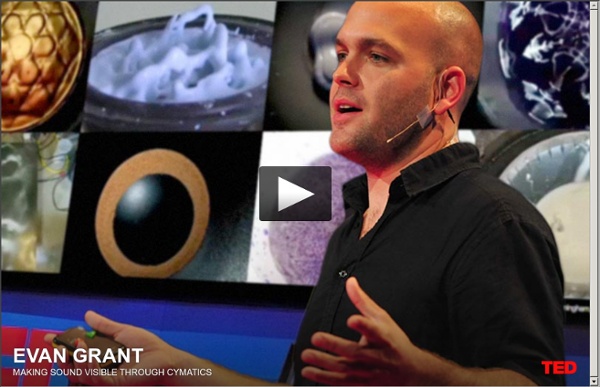 BaladaPlanet - seu flyer virtual - Flock Balada Planet Notícias + notícas Matérias + matérias NO PR¢XIMO DIA 31 DE AGOSTO A SP GROOVE FAZ UMA EDI‡ÆO INDOOR TRAZENDO O HOLANDˆS SECRET CINEMA. Vídeos + Vídeos Enquete Na sua opinião qual a vantagem de um calendário mais enxuto de festas open-air? resultado parcial Fripp and Eno - 1975-05-28-Paris Notes Remastered with ALL tape flaws, mic noises, dropouts etc. meticulously repaired. No gaps or fadeouts...one long continuous drone. This is the best version I’ve heard amongst many. Compiled from 4 different source recordings all with various edits throughout. (Even Spaces, Air Structures, Stars in Paris & an Italian cassette version) Single CD Version includes all non-released portions of the show. Double CD Version includes the playbacks of Discreet Music (or Wind on Wind) and An Index of Metals, which are virtually identical to the officially released versions, with additional audience noise. It is possible that Eno actually performed Discreet Music as he had the facility to do so. There are a few note clusters that appear to be different than the official version. It would also be the equivalent to either the left or right side of that recording (not both). Discreet Music is actually two separate mono recordings played back simultaneously and panned hard left and right.

Eletrocena Paul McCartney Plays in 528 | 528records.com Play Along with Lennon & McCartney in 528Hz We recently discovered that Paul McCartney and John Lennon played some of their most famous songs in 528Hz. When we say something is in 528hz, we mean that the guitars, bass and keyboards are all tuned to reference pitch A=444 instead of A=440. As you may know, from reading Dr. Leonard Horowitz's articles and The Book of 528: Prosperity Key of LOVE, this a=444Hz tuning makes the C note 528hz. Now, the reason why you can't just lay a 52Hz tone over any of McCartney's songs, for example, and have them all fit, is because songs are in different keys within the 528/444 tuning. Let us explain further: For example, the "key" of the song, "Please Please Me" is E. We claim that McCartney started in 1999 to record music in A=444/C528 because the earliest show we could find that we think is in 528 is at the Cavern Club in the UK that is on YouTube. Also, for a video of Paul McCartney playing in 528Hz, CLICK HERE. This article was written by Chris and Egan

{ sound + design } Brian Eno - Curiosities Volume I/II (2003/04) Two rather hard to find Eno Albums for ya! Curiosities Volume I (2003) Brain One's interest in doing things in the present rather than trading off his considerable reputation means he's almost constantly at work in his studio; it's not unusual for him to turn up for a radio interview clutching a new piece he's finished off that morning.That many of these tracks never see the light of day was a source of concern to Brian's assistant Marlon Weyeneth, who's compiled this album from the heaps of DATs littering the Eno studio.Apart from two remixed tracks from the unfortunate Headcandy CD-ROM (one with trusty old mucker Robert Fripp) and one extended version of a track from The Drop, all of the music here is previously unreleased.It runs the gamut from mechanistic digital funk (slithery basslines, stiff drums and ghostly percussive clatter) to the 'Unwelcome Jazz' of The Drop. Tracklisting Curiosities Volume II (2004) Thanks Fratan!

Acoustic Space Re-search Lab 55 Great Websites To Download Free Sound Effects | Tools Imagine a movie or video without sound effects. Even a magnificent film like Titanic would look nothing more than a joke if there are no ‘Wham’, ‘Bam’ and ‘Smash’ sounds in it. Background music and sound effects are important for making a video (or even an audio production) engaging and in its full essence. There are thousands of online resources to download sound effects, however, not all of them can offer you high-quality material that’s also free. So, in this post, I am listing 50+ cool websites to download just about any type of sound effect for free. Read also: Free-Loops.com This platform offers more than seven thousand CC-licensed sounds and loops, which are divided into categories like drum loops, synth loops, midi files, etc. Login to download: Not Required.Licence type: Varies, check with each clip.Seach feature: No. SoundBible A superb site for downloading sounds, SoundBible, offers royalty-free sound effects that you can use commercially in movies, games, and other projects.

post-engineering Notes & Neurons: Music, Emotion & The Brain by Maria Popova From axons to a cappella, or why music gives us chills and thrills. Music is easily the widest-reaching, most universal emotional facilitator. Anecdotally, it shapes so many of life’s everyday experiences: An epic movie would fall flat without a cinematic soundtrack, a party without dance music is unthinkable, and a run without an upbeat playlist feels somehow much more tiresome. Today, we take a look at just how music affects our brain and emotion, with Notes & Neurons: In Search of a Common Chorus — a fascinating event from the 2009 World Science Festival. But before we launch into the geekier portion, here’s a quick improvised treat from phenomenal jazz and a cappella performer Bobby McFerrin, who embodies the intimate relationship between music and the human element. Is our response to music hard-wired or culturally determined? Brain Pickings has a free weekly newsletter and people say it’s cool. Share on Tumblr