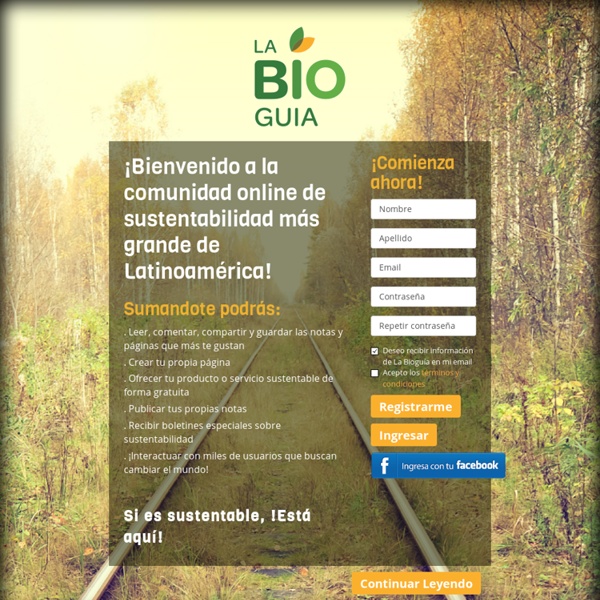 Streamlining Color Correction in Premiere Pro by Jeff Sengstack Premiere Pro has a full complement of tonality and color correction tools including about 40 tonality and color correction video effects and four vector and waveform scopes. Most video editors gaze upon all those possibilities and end up choosing the path of least resistance: automated effects. As for scopes...forget about it. Who can make heads or tails of them? This Wearable Plant Cleans The Air For You When Pollution Is Bad It’s a simple and poignant concept: A tiny plant in a transparent backpack as the sole source of sustenance in a bombed-out world. Chiu Chih’s "Survival Kit for the Ever-Changing Planet" bounced around the design web on the strength of these images, with only glimmers of information about their provenance. But the artist’s backstory make it all the more interesting. The project was ostensibly a school project for Wuhan University, where Chih studied industrial design. "My project wasn’t what my teachers expected," he says. His stubborn insistence on his vision was, he says, something he learned as an intern at Qiao Design.

A Shipping Container Costs About $2,000. What These 15 People Did With That Is Beyond Epic All you need is around $2000 to begin building one of these epic homes – made from recycled shipping containers! Check out some of these amazing creations! A luxury home doesn’t always necessarily mean thousands of square footage, towering great rooms and gilded toilets. Take these homes for example: to begin building one of these epic houses, all you need is $2,000. Dino Pet: The living lamp that grows brighter the more you care for it The BioPop Company have come up with a very different and very cool living light/virtual pet by the name of Dino Pet. This is a biological lamp that has very small bioluminescent plankton inside it, called dinoflagellates, which glow in the dark with their own inner light. [Image Courtesy of Biopop]

War in Europe is not a hysterical idea UGC FROM ARTICLE: {allow_comments=true, allow_photos=false, allow_videos=false, comments_period=14, comments_source=washpost.com, default_sort=, default_tab=, display_comments=true, is_ugc_gallery=false, max_items_to_display=15, max_items_to_display_top=3, moderation_required=false, stream_id=}!!! Reviews for DART.ENVS.02X: Introduction to Environmental Science from edX Introduction to Environmental Science, ENVX, was first offered in early 2015. Environmental science is the study of patterns and processes in the natural world and their modification by human activity. To understand current environmental problems, we need to consider physical, biological and chemical processes that are often the basis of those problems. This course will give you the skills necessary to address the environmental issues we are facing today by examining scientific principles and the application of those principles to natural systems.

New Directions in EcoPlanning (Lecture Series) Upload Website Harvard Museum of Natural History Loading... Working... ► Play all 7 WAYS TO GET HIGH WITHOUT DRUGS OR PLANTS Since the beginning of time, humans have enjoyed getting high. From peyote to fasting, from booze to orgasm, people love to alter their consciousness and feel good. Some argue that addicts and alcoholics crave this transcendence more than the average person, noting that our brains are just wired differently. I don’t know about you but I like boom-boom big pleasure: Sometimes I just want dopamine, serotonin, endorphins and zippy laugh-riot good times. While I’ve learned that a lot of those big highs come with devastating lows, there are many people in recovery who’ve learned how to get those natural highs without the long-term losses associated with the use of drugs:

The invention of the heterosexual If you met Hanne Blank and her partner on the street, you might have a lot of trouble classifying them. While Blank looks like a feminine woman, her partner is extremely androgynous, with little to no facial hair and a fine smooth complexion. Hanne’s partner is neither fully male, nor fully female; he was born with an unconventional set of chromosomes, XXY, that provide him with both male genitalia and feminine characteristics. As a result, Blank’s partner has been mistaken for a gay woman, a straight man, a transman — and their relationship has been classified as gay, straight and everything in between.

"Invisible” Dyaqua solar cells look just like stone, concrete, and wood If you have ever wanted to build your own solar-powered home without sporting a roof full of… well, solar panels, Dyaqua is here to help. The company’s Invisible Solar panels are meant to look just like concrete bricks, slate shingles, and even wooden boards, making renewable energy flow fluidly with classic architecture. These familiar styles help designers avoid what the company calls “visual damage” typically associated with clunky solar panels. Buildings can be updated to include renewable energy generation without losing their historic charm.