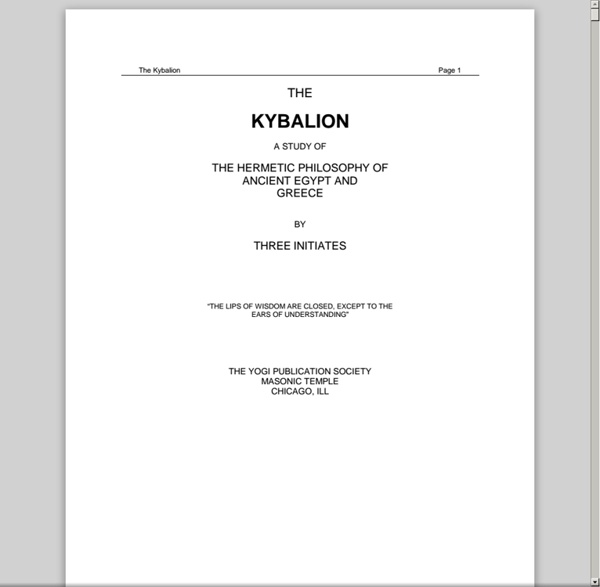 Has Religion Made Useful Contributions to Civilization? Has Religion Made Useful Contributions to Civilization? by Bertrand Russell My own view on religion is that of Lucretius. I regard it as a disease born of fear and as a source of untold misery to the human race. The word religion is used nowadays in a very loose sense. What is true of Christianity is equally true of Buddhism. There is nothing accidental about this difference between a church and its founder. Christianity and Sex The worst feature of the Christian religion, however, is its attitude toward sex -- an attitude so morbid and so unnatural that it can be understood only when taken in relation to the sickness of the civilized world at the time the Roman Empire was decaying. The conception of Sin which is bound up with Christian ethics is one that does an extraordinary amount of harm, since it affords people an outlet for their sadism which they believe to be legitimate, and even noble. Every boy is interested in trains. The Objections to Religion The Soul and Immortality

Ascend Academy: The Modern Mystic’s Self Mastery School Namaste Spirit Scientists! It’s been roughly a year since I last posted an article, so I imagine it’s time I started again. I can give a number of reasons for my absence, but looking back, the only sufficient reason I can find is that it needed to happen so that I could break down old barriers and build a new, more complete outlook on life. So much has changed since last time I was here. Now I come to you not as a teacher but simply a fellow exploring soul who wishes to gain and spread more wisdom and experience to all. Welcome to Ascend Academy. What is the Shift? The Shift is the time period we are currently experiencing, and this implies many things; among which are the ending and beginning of many astrological cycles that will affect the global consciousness, accompanied by a possible planetary polar shift which may change many other aspects of our daily lives (See Spirit Science 16 The Shift of Ages). What is Ascension? These are all natural side effects in the rising of vibration.

Between the Worlds: Readings in ... 15 Tips For Empaths And Highly Sensitive People Empathic ability allows you to read and understand people’s energy. This ability may be genetic, passing from generation to generation. You may share this ability with a relative, so look at your family tree; does anyone else seem to fit the description? Empaths have the ability to scan another’s energy for thoughts, feelings and possibly for past, present, and future life occurrences. Most empaths are unaware of how this really works, and have accepted that they are sensitive to other people’s energy. These are some excellent methods for coping: 1. Spending time alone creates the space needed to release emotion, energy and stress. 2. Short messages that train thought patterns. 3. Placing a protective shield of white light that is around and encasing you in a bubble, remember to make a grounding cord so you don’t float away! 4. Regular cleaning of the chakras will keep your energy field free of negative or unwanted energy. 5. Align yourself with spirit and get out of Ego. 6. 7. 8. 9. 10.

Religious identification in the U.S. Religious practices and faith groups Menu A parallel report for Canada is located elsewhere Summary: During the 20th century up to 1990, the popularity of Christianity had been stable in the U.S. The country then experienced a major change. Sponsored link Religious topics covered in this section: Site navigation: Copyright © 2001 to 2016 by Ontario Consultants on Religious Tolerance Originally written: 2001-DEC-15 Latest update: 2016-MAR-20 Author: B.A. Sponsored link 10 Amazing Things Kids Have Said About Past Lives Epoch Times| Many parents report that their children say things to them which can only be explained in terms of past lives. This phenomenon has been studied by scientists and psychologists alike because of the vast amount of cases that have surfaced in recent decades. Here are 10 amazing things kids have said to their parents about what they remember from a previous lifetime: 1. He replied: ‘My old daddy was really mean. 2. When my mom asked what was wrong when we got in the car, I told her he took me away from my first mom and hid me under his floor and made me sleep for a long time until I woke up with my new mom. 3. 4. He was maybe 5 or 6 years old. 5. Harvey had died before even I was born. 6. She spoke about things like that from the ages of almost 2 to 4. 7. My son also had an early fascination with WWII era planes. We have always called him ‘Grandpa,’ because of his peaceful and gingerly demeanor. 8. 9. 10. What do you think about these cases? Source: Thanks to Epoch Times

Religious conviction in liberal politics Kundalini Rising, Part 1: The Root Chakra Muladhara chakra is the seat of Kundalini energy “Until you make the unconscious conscious, it will direct your life and you will call it fate.” ~ Carl Jung Imagine your spine is a tree trunk with seven ascending flowers (chakras) growing out of it. These flowers are either opened or closed depending upon your health, mental disposition, and ability to communicate with the cosmos. Muladhara, the root chakra. If the crown chakra is the Übermensch (overman) of the Kundalini process, then the root chakra is the Untermensch (underman). The root chakra is symbolized by a red lotus with four petals. The four petals directly denote stability and foundational survival, and are indirectly related to the four sides of the square, the four directions, and the four elements: earth, air, fire, & water. Lord Indra also known as the King god of elephants The deity associated with this region is Indra who is often depicted riding a white seven-tusked elephant. Image Sources: Muladhara Chakra Indra

Taking faith seriously Open Your Third Eye and Awaken Your Pineal Gland With These Simple Exercises By Lapis Links, CureZone Blogs Note: Original article edited for formatting and clarity Please read all of the following; If you wish to perform this exercise, you need to understand what you will be doing. The Third Eye is directly related to the 6th chakra — the psychic chakra, located on the middle of the forehead above the brows. French Philosopher Rene Descartes believed the pineal gland to be “the seat of the soul” where mind and body met. In the average person, the pineal gland is atrophied, [calcified] and dormant. The pineal gland is like a pea in size; like a shriveled raisin in most people where it remains dormant Opening the pineal gland/3rd eye: This is done with a specific tone and chant. The mantra to be used is “Thoh,” pronounced “TOE.” It must be within the correct vibration. Not deep, not high pitched, inbetween, like alto range. You will feel it when you hit the correct tone. 1. 2. Open your jaws so there is a small space between your top and bottom teeth. 3. 4. 5. 1. 2. 1.

The Construction of religious ... How to Enjoy the Shift It is altering time, our memory, our DNA, the wiring of our physical and emotional bodies, our beliefs, our perceptions of good and bad, right and wrong and especially our awareness of what is possible. The shift is composed of huge waves of light that hold massive amounts of information and instructions. These waves are rewiring our DNA, providing new electromagnetic frequencies to upgrade the body's physical, emotional and mental systems. These waves of Light are activating the fourth- and fifth-dimensional chakras, aligning us with a higher awareness. This shift is providing new understandings of how to once again live in harmony with each other, the environment and All That Is. The Transition This transition, as exciting and wonderful as it is, is creating difficulties for many. These affects are becoming known as "Ascension Symptoms" -- dizziness, confusion, loss of focus, headaches, fatigue and increased tiredness, digestion discomfort, anxiety and nervousness. Grounding --Jim Self