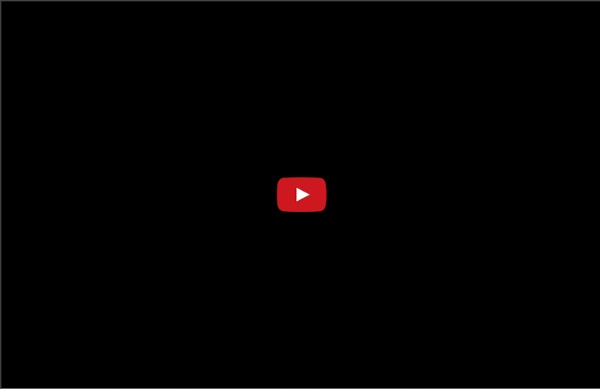 The Second Law and Energy (second law event) 10/05/2007 1:00 PM Broad InstituteSteven Chu, Secretary of EnergyDescription: This Nobel Prize"winning scientist admits to staying up late the night before his talk to bone up on thermodynamics. He puts his research to good use, discussing the history and application of the laws of thermodynamics, which have served as "the scientific foundation of how we harness energy, and the basis of the industrial revolution, the wealth of nations." Taking Watt's 1765 steam engine, Stephen Chu illustrates basic principles of thermodynamics -- that energy is conserved, that you can do work from heat, especially when you maximize the difference in temperature in the system and minimize heat dissipation from friction. The game hasn't changed all that much in the past few centuries. Another potentially rich energy source, Chu says, involves converting sun light into fuel the way plants do in photosynthesis. credit MIT World -- special events and lectures license MIT TechTV

Physics World reveals its top 10 breakthroughs for 2011 The two physics stories that dominated the news in 2011 were questions rather than solid scientific results, namely "Do neutrinos travel faster than light?" and "Has the Higgs boson been found?". However, there have also been some fantastic bona fide research discoveries over the last 12 months, which made it difficult to decide on the Physics World 2011 Breakthrough of the Year. But after much debate among the Physics World editorial team, this year's honour goes to Aephraim Steinberg and colleagues from the University of Toronto in Canada for their experimental work on the fundamentals of quantum mechanics. We have also awarded nine runners-up (see below). 1st place: Shifting the morals of quantum measurement Steinberg's work stood out because it challenges the widely held notion that quantum mechanics forbids us any knowledge of the paths taken by individual photons as they travel through two closely spaced slits to create an interference pattern. How to ask a 'forbidden question'

Quantum Diaries (Thoughts on work and life from particle physicists from around the world.) Gravitational lens A light source passes behind a gravitational lens (point mass placed in the center of the image). The aqua circle is the light source as it would be seen if there was no lens, white spots are the multiple images (or Einstein ring) of the source. A gravitational lens is a distribution of matter (such as a cluster of galaxies) between a distant light source and an observer, that is capable of bending the light from the source as the light travels towards the observer. This effect is known as gravitational lensing, and the amount of bending is one of the predictions of Albert Einstein's general theory of relativity.[1][2] (Classical physics also predicts the bending of light, but only half that predicted by general relativity.[3]) Although Einstein made unpublished calculations on the subject in 1912,[4] Orest Khvolson (1924)[5] and Frantisek Link (1936)[citation needed] are generally credited with being the first to discuss the effect in print. Description[edit] 1. 2. 3. History[edit] Notes

Gravitational microlensing Gravitational microlensing is an astronomical phenomenon due to the gravitational lens effect. It can be used to detect objects ranging from the mass of a planet to the mass of a star, regardless of the light they emit. Typically, astronomers can only detect bright objects that emit lots of light (stars) or large objects that block background light (clouds of gas and dust). These objects make up only a tiny fraction of the mass of a galaxy. When a distant star or quasar gets sufficiently aligned with a massive compact foreground object, the bending of light due to its gravitational field, as discussed by Einstein in 1915, leads to two distorted unresolved images resulting in an observable magnification. Since microlensing observations do not rely on radiation received from the lens object, this effect therefore allows astronomers to study massive objects no matter how faint. Microlensing by an isolated object was first detected in 1989. How it works[edit] Observing microlensing[edit] .

Usenet Physics FAQ Version Date: March 2013 This list of answers to frequently asked questions in physics was created by Scott Chase in 1992. Its purpose was to provide good answers to questions that had been discussed often in the sci.physics and related Internet news groups. Most of the entries that you'll find here were written in the days when the Internet was brand new. So because of their age, the FAQ entries that you'll find here have a great deal of academic credibility—but they are not always perfect and complete. This document is copyright. General Physics Particle and Nuclear Physics Quantum Physics Relativity and Cosmology Speed of Light Special Relativity General Relativity and Cosmology Black Holes Reference Topics There are many other places where you may find answers to your question. This FAQ is currently available from these web sites: Australia: England: Germany: India: Netherlands: