Of Mice and Men: Context and Background 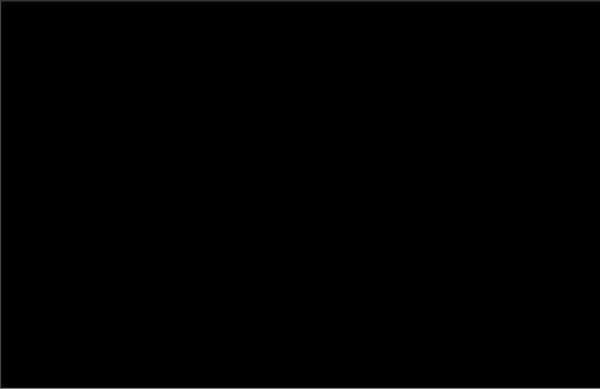 Of Mice and Men: Plot Overview Two migrant workers, George and Lennie, have been let off a bus miles away from the California farm where they are due to start work. George is a small, dark man with “sharp, strong features.” Lennie, his companion, is his opposite, a giant of a man with a “shapeless” face. Overcome with thirst, the two stop in a clearing by a pool and decide to camp for the night. As the two converse, it becomes clear that Lennie has a mild mental disability, and is deeply devoted to George and dependent upon him for protection and guidance. The next day, the men report to the nearby ranch. The next day, George confides in Slim that he and Lennie are not cousins, but have been friends since childhood. Slim goes to the barn to do some work, and Curley, who is maniacally searching for his wife, heads to the barn to accost Slim. The next night, most of the men go to the local brothel.

Of Mice and Men: Context John Steinbeck was born in 1902 in Salinas, California, a region that became the setting for much of his fiction, including Of Mice and Men. As a teenager, he spent his summers working as a hired hand on neighboring ranches, where his experiences of rural California and its people impressed him deeply. In 1919, he enrolled at Stanford University, where he studied intermittently for the next six years before finally leaving without having earned a degree. For the next five years, he worked as a reporter and then as caretaker for a Lake Tahoe estate while he completed his first novel, an adventure story called Cup of Gold, which was published in 1929. Critical and commercial success did not come for another six years, when Tortilla Flat was published in 1935, at which point Steinbeck was finally able to support himself entirely with his writing. In his acceptance speech for the 1962 Nobel Prize in literature, Steinbeck said: Critical opinions of Steinbeck’s work have always been mixed.

The Great Depression - Facts & Summary Hoover, a Republican who had formerly served as U.S. secretary of commerce, believed that government should not directly intervene in the economy, and that it did not have the responsibility to create jobs or provide economic relief for its citizens. In 1932, however, with the country mired in the depths of the Great Depression and some 15 million people (more than 20 percent of the U.S. population at the time) unemployed, Democrat Franklin D. Roosevelt won an overwhelming victory in the presidential election. By Inauguration Day (March 4, 1933), every U.S. state had ordered all remaining banks to close at the end of the fourth wave of banking panics, and the U.S. Treasury didn’t have enough cash to pay all government workers. Roosevelt took immediate action to address the country’s economic woes, first announcing a four-day “bank holiday” during which all banks would close so that Congress could pass reform legislation and reopen those banks determined to be sound.

GCSE Bitesize: The Depression Of Mice and Men Of Mice and Men is a novella[1][2] written by Nobel Prize-winning author John Steinbeck. Published in 1937, it tells the story of George Milton and Lennie Small, two displaced migrant ranch workers, who move from place to place in search of new job opportunities during the Great Depression in California, United States. Based on Steinbeck's own experiences as a bindlestiff in the 1920s (before the arrival of the Okies he would vividly describe in The Grapes of Wrath), the title is taken from Robert Burns' poem "To a Mouse", which read: "The best laid schemes o' mice an' men / Gang aft agley." Required reading in many schools,[3] Of Mice and Men has been a frequent target of censors for vulgarity and what some consider offensive and racist language; consequently, it appears on the American Library Association's list of the Most Challenged Books of 21st Century.[4] Plot summary Lennie accidentally kills his puppy while stroking it. Characters I was a bindlestiff myself for quite a spell.

Of Mice and Men: Analysis of Major Characters Lennie Although Lennie is among the principal characters in Of Mice and Men, he is perhaps the least dynamic. He undergoes no significant changes, development, or growth throughout the story and remains exactly as the reader encounters him in the opening pages. Although Steinbeck’s insistent repetition of these characteristics makes Lennie a rather flat character, Lennie’s simplicity is central to Steinbeck’s conception of the novella. George Like Lennie, George can be defined by a few distinct characteristics. Unlike Lennie, however, George does change as the story progresses. Candy One of the book’s major themes and several of its dominant symbols revolve around Candy. For a brief time, however, the dream of living out his days with George and Lennie on their dream farm distracts Candy from this harsh reality. Curley’s wife Of Mice and Men is not kind in its portrayal of women. Despite Steinbeck’s rendering, Curley’s wife emerges as a relatively complex and interesting character. Crooks

Of Mice and Men: Themes, Motifs & Symbols Themes Themes are the fundamental and often universal ideas explored in a literary work. The Predatory Nature of Human Existence Of Mice and Men teaches a grim lesson about the nature of human existence. Nearly all of the characters, including George, Lennie, Candy, Crooks, and Curley’s wife, admit, at one time or another, to having a profound sense of loneliness and isolation. Each desires the comfort of a friend, but will settle for the attentive ear of a stranger. In scenes such as this one, Steinbeck records a profound human truth: oppression does not come only from the hands of the strong or the powerful. Fraternity and the Idealized Male Friendship One of the reasons that the tragic end of George and Lennie’s friendship has such a profound impact is that one senses that the friends have, by the end of the novella, lost a dream larger than themselves. Ultimately, however, the world is too harsh and predatory a place to sustain such relationships. Motifs The Corrupting Power of Women

Race During the Great Depression - American Memory Timeline- Classroom Presentation The problems of the Great Depression affected virtually every group of Americans. No group was harder hit than African Americans, however. By 1932, approximately half of black Americans were out of work. In some Northern cities, whites called for blacks to be fired from any jobs as long as there were whites out of work. Although most African Americans traditionally voted Republican, the election of President Franklin Roosevelt began to change voting patterns. Still, discrimination occurred in New Deal housing and employment projects, and President Roosevelt, for political reasons, did not back all of the legislation favored by such groups as the National Association for the Advancement of Colored People (NAACP). To find additional sources on race relations in the 1930s and 1940s, search American Memory using such terms as prejudice, discrimination, segregation, Afro-Americans, and race relations.top of page

The History of Mental Illness "Caring , and seeing with the heart.", answered the soul. -Unknown The History of Mental Illness 1st Revolution: Hospitalization. 2nd Revolution: Moral Management. 3rd Revolution: Society Cooperation & Interaction. by Kimberly Leupo Treating public illness has long been a process of trial and error guided by public attitudes and medical theory. The Colonial American society referred to those suffering from mental illnesses as ‘lunatics” which interestingly enough was derived from the root word lunar meaning, “moon.” Those considered lunatics were grouped into two all-encompassing categories: mania and melancholy. practice entailed draining the bad blood from the individual, unfortunately this inhumane practice normally resulted in death or the need for lifelong care; at best the odds were one in three that this procedure would actually lead to an improvement in the patient’s health. A pivotal point in the history of the mental illness was the Civil War. mental health centers.

A Century of Racial Segregation 1849–1950 - Brown v. Board at Fifty: "With an Even Hand" | Exhibitions An elementary school in Hurlock, Maryland, ca. 1935. Gelatin silver print. Visual Material from the NAACP Records, Prints and Photographs Division, Library of Congress (20A). Courtesy of the NAACP. [Digital ID# cph 3c26579] After the abolition of slavery in the United States, three Constitutional amendments were passed to grant newly freed African Americans legal status: the Thirteenth Amendment abolished slavery, the Fourteenth provided citizenship, and the Fifteenth guaranteed the right to vote. Beginning in 1909, a small group of activists organized and founded the National Association for the Advancement of Colored People (NAACP). Discover! Imprisoned for Teaching Free Blacks The prohibition of education for African Americans had deep roots in American history. Margaret Crittenden Douglass. Upholding School Segregation: The Roberts Case Five-year-old Sara Roberts was forced to walk past several white schools to reach the “colored” primary school. Charles Sumner. Plessy v. Phillip B.

The History of Mental Illness: From "Skull Drills" to "Happy Pills" The limitlessly varied personalities of human beings have fascinated both scientists and fellow members of society throughout the existence of humankind. Of particular interest has been what happens when man’s mind turns against him, and what can be done, if anything at all, to reverse this tragic event. Attempts to treat mental illness date back as early as 5000 BCE as evidenced by the discovery of trephined skulls in regions that were home to ancient world cultures (Porter 10). Early man widely believed that mental illness was the result of supernatural phenomena such as spiritual or demonic possession, sorcery, the evil eye, or an angry deity and so responded with equally mystical, and sometimes brutal, treatments. Trephining (also referred to as trepanning) first occurred in Neolithic times. In ancient Mesopotamia, priest-doctors treated the mentally ill with magico-religious rituals as mental pathology was believed to mask demonic possession (Alexander 19). Blue, Amy V. Okasha, A.

What are facts about racism in 1930s America In the 1930s, the Ku Klux Klan was still active, but in a state of decline compared to the 1910s and 1920s. Some programs such as the Federal Music Project and the Federal Theater Project helped blacks find work during this time, when The Great Depression was making it more difficult. Blacks and Hispanic Americans were expected to be paid less than a white employee for the same jobs. Hundreds of racially charged lynchings occurred in the 1930s, and an anti-lynching law had to be put into place in 1937. Blacks had to walk on the opposite side of the road to white people. Blacks had to call white children "Sir" and "ma'am" and had to ride in the back of public transport. While the institution of slavery makes it easy to isolate blacks in a discussion of prejudice in America throughout history, such examples are not the only, or even the best examples of such. Then consider the open prejudice the Germans experienced in the US during both the first and second World Wars.

The Migrant Experience - Voices from the Dust Bowl: the Charles L. Todd and Robert Sonkin Migrant Worker Collection, 1940-1941 | Collections | Library of Congress A complex set of interacting forces both economic and ecological brought the migrant workers documented in this ethnographic collection to California. Following World War I, a recession led to a drop in the market price of farm crops and caused Great Plains farmers to increase their productivity through mechanization and the cultivation of more land. This increase in farming activity required an increase in spending that caused many farmers to become financially overextended. The stock market crash in 1929 only served to exacerbate this already tenuous economic situation. Many independent farmers lost their farms when banks came to collect on their notes, while tenant farmers were turned out when economic pressure was brought to bear on large landholders. At the same time, the increase in farming activity placed greater strain on the land. Todd and Sonkin also held recording sessions with a few Mexican migrants living in the El Rio Farm Security Administration (FSA) camp. Robin A.