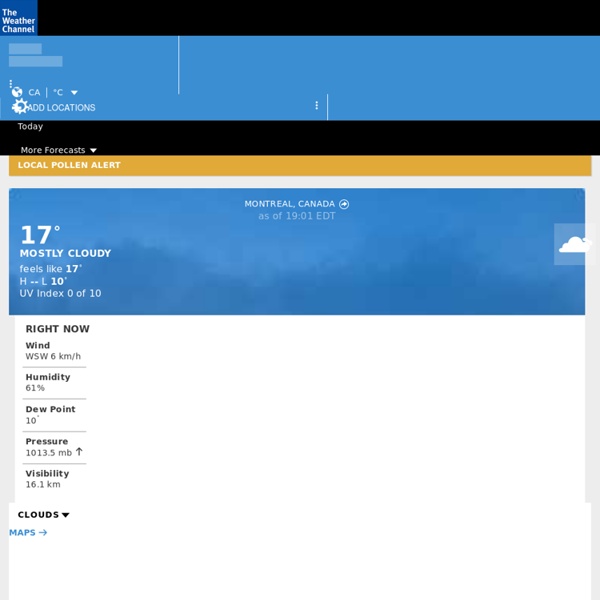 Baron Percy's original paper on Tarrare's medical history, Mémoire sur la polyphagie (1805) Tarrare (c. 1772 – 1798), sometimes spelled Tarare, was a French showman and soldier, noted for his unusual eating habits. Able to eat vast amounts of meat, he was constantly hungry; his parents could not provide for him, and he was turned out of the family home as a teenager. He travelled France in the company of a band of thieves and prostitutes, before becoming the warm-up act to a travelling charlatan; he would swallow corks, stones, live animals and a whole basketful of apples. He then took this act to Paris where he worked as a street performer. At the start of the War of the First Coalition Tarrare joined the French Revolutionary Army. Childhood and early life[edit] Tarrare was born in rural France, near Lyon, around 1772.[1][2][note 1] His date of birth is unrecorded and it is not even known if Tarrare was his real name or a nickname. Appearance and behaviour[edit] Military service[edit] Notes

What were you taught in school that you later learned was completely untrue? Reddit can be really useful sometimes. Last week, while looking for some new additions to Commute Kit’s podcast section, someone suggested I ask Reddit’s R/Podcasts. I logged on, posted a request for help, and went to bed. The next morning I checked back to see what had come of it. We have a strict selection process at Commute Kit, so I have to sort through all of these to see which make the cut, but I couldn’t keep this list to myself for all that time. Hello Internet: Once the #1 podcast on iTunes. Post-script: The redditors involved also left some really interesting notes about their podcast habits. Michael Sitver is the Chief Curator for Commute Kit, a growing directory of tools for commuters.

What dead meme do you miss the most? June and Jennifer Gibbons (born 11 April 1963;[1] Jennifer died March 1993) were identical twins who grew up in Wales. They became known as "The Silent Twins" since they only communicated with each other. They began writing works of fiction but turned to crime in a bid for recognition. Both women were committed to Broadmoor Hospital where they were held for 14 years. Early life[edit] June and Jennifer were the daughters of Caribbean immigrants Gloria and Aubrey Gibbons. As the only black children in the community, they were ostracised at school.[1] This proved traumatic for the twins, eventually causing their school administrators to dismiss them early each day so that they might avoid bullying. When the twins turned 14, a succession of therapists tried unsuccessfully to get them to communicate with others. Creative expression[edit] When they were reunited, the two spent several years isolating themselves in their bedroom, engaged in elaborate play with dolls. Jennifer's death[edit] [edit]

Weird Pennsylvania with a prominent Delaware family involved in the chemical industry. The window panes are in the shape of inverted crosses. The trees that line the road running along the side of the house grow at a very distinct angle away from the house (in some areas away from their main light source!) Most interestingly, there is a "guard house" on the grounds that houses a fleet of red pickup trucks. If you drive past the house too often, one or several of the trucks will come out of the house and chase you away. Well, that's the rumor. The next time was also at night, but with a different friend. I have also, up to this point, been unsuccessful in trying to dig up deeds, or any type of records of transfers for the property. On Bended Tree There is a legend about a road nicknamed Devil’s Road, located off of Route 202 by Concord Pike. Devil Worship and Dead Animals Chased by Satan on His Very Own Road Satan Road, as it is affectionately known, is a condemned road off route 100 in Delaware.

5 Mistakes Men Make in Bed « Healthy Sex By Laurie J. Watson, LMFT Most men come to sex therapy to learn better technique. But, while it is important to know what she likes specifically, his sexual skill isn’t usually what’s causing the problem. If he’s making a mistake, it’s more likely to be one (or more) of the following: 1. 2. 3. 4. 5. Share your comments here. Further reading:Quiz: Bedroom Mistakes Men MakeCauses of Erectile Dysfunction5 Ways to Overcome Premature Ejaculation Following a public appeal by police, the copy of the Rubaiyat from which the page had been torn was located. On the inside back cover of the book, detectives were able to read – in indentions from handwriting – a local telephone number, another unidentified number and a text that resembled an encrypted message. The text has not been deciphered or interpreted in a way that satisfies authorities on the case. The case has been considered, since the early stages of the police investigation, "one of Australia's most profound mysteries".[1] There has been intense speculation ever since regarding the identity of the victim, the cause of his death and the events leading up to it. In addition to intense public interest in Australia during the late 1940s and early 1950s, the Tamam Shud case also attracted international attention. Discovery of body[edit] Location on Somerton beach where the corpse was found, marked by an 'X' Discovery of suitcase[edit] A search concluded that there was no T. J.

What is the most unusual life hack? - Quora Villisca axe murders Details[edit] An article in The Day Book, Chicago, 14 June 1912, depicting five of the victims and the house. The Moore family consisted of parents Josiah B. (aged 43), Sarah (née Montgomery) (39), and their four children: Herman Montgomery (11), Mary Katherine (10), Arthur Boyd (7), and Paul Vernon (5). An affluent family, the Moores were well-known and well-liked in their community.[1] On June 9, 1912, Katherine Moore invited Ina Mae (8) and Lena Gertrude Stillinger (12) to spend the night at the Moore residence. At 7 a.m. the next day, Mary Peckham, the Moores' neighbor, became concerned after she noticed that the Moore family had not come out to do their morning chores. Doctors concluded that the murders had taken place between midnight and 5 a.m.[2] Two spent cigarettes in the attic suggested that the killer or killers patiently waited in the attic until the Moore family and the Stillinger guests were asleep. Investigation[edit] Andrew Sawyer[edit] Reverend George Kelly[edit] Frank F.

What's Your Favorite Hidden Gem on the Internet? The internet is a big, awesome, horrible, incredible place. And every person’s relationship with the internet is unique. Everyone has their own particular style of surfing around—some go to the same five sites again and again, some get lost on long zig-zaggy rabbit holes, some let friends or Twitter or a trusted curator site hand-deliver them the best places to go. No matter how you use the internet, here and there, everyone comes across a hidden gem—something fantastic that most people don’t know about. For this Dinner Table, tell us your favorite hidden gem. Tim’s Answer: Daily Overview I don’t remember where I came across Daily Overview, but I’m happy I did. You can sign up for the Dinner Table email list here to be notified about the new topic each week, and remember to submit future topic suggestions to table@waitbutwhy.com.

The Flatwoods Monster, also known as the Braxton County Monster or the Phantom of Flatwoods, is an alleged unidentified extraterrestrial or cryptid reported to have been sighted in the town of Flatwoods in Braxton County, West Virginia, United States, on September 12, 1952. Stories of the creature are an example of a purported close encounter of the third kind.[1] Appearance[edit] Location of Flatwoods, West Virginia Chronology[edit] A newspaper clipping of the story of the Flatwoods Monster At 7:15 p.m. on September 12, 1952, two brothers, Edward and Fred May, and their friend Tommy Hyer (ages 13, 12, and 10 respectively) witnessed a bright object cross the sky. Lemon's dog ran ahead out of sight and suddenly began barking, and moments later ran back to the group with its tail between its legs. Upon returning home, Mrs. After the event, Mr. Sickness[edit] Conventional explanations[edit] A barn owl, seen with "claw-like hands" and a face shaped "like the Ace of Spades" See also[edit]

7 Simple Tricks To Sound Smarter When Answering Difficult Questions When You Have To Think On Your Feet You’re a smart, capable person, right? Of course you are. However, we all occasionally face situations in which we are called upon to answer seriously tricky questions. What on earth should you do when you’re asked a question that leaves you stumped? 1. Sometimes the fault lies not with you, but with the person asking the question. 2. If you are asked a question which includes a term with which you are unfamiliar, it is better to ask for clarification than to risk making an absolute fool of yourself. 3. This is especially useful to remember when it comes to job interviews. 4. Occasionally you may be unlucky enough to be asked inappropriate questions such as, ‘Are you thinking of taking time out the workplace to have children in the near-future?’ 5. Sometimes, just a few extra seconds can make all the difference between an acceptable and unacceptable answer. 6. 7. Set a Goal For Yourself "I will get better sleep by following these daily tips."