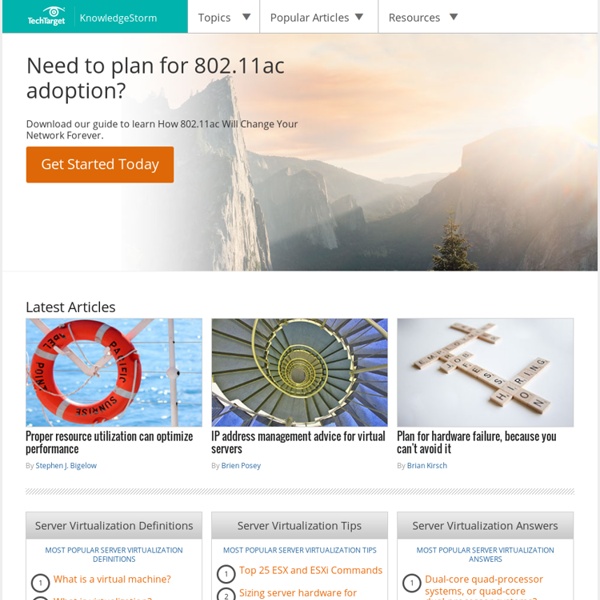 White Paper Education vs. White Paper Selling Have you seen any of the commercials for the Dyson vacuum cleaner? In these segments, founder James Dyson demonstrates the unique properties of their Root Cyclone technology and why it is a better path to a cleaner carpet. So in these commercials, is James Dyson educating you or selling you a vacuum cleaner? The correct answer is BOTH. In my opinion, it is possible to use a white paper to both educate a reader while explaining how a branded solution solves a specific business problem. This is the primary approach employed in the modern business white paper that has unfortunately been deemed a “sales” message. But for many marketing professionals, associating the words “selling” and “white paper” in the same sentence is akin to openly belching at a Malibu cocktail party. Their alternative approach is to use a high-level, generic description of a solution without mentioning it by name. The answer to this conundrum lies with the accurate and orderly flow of information. 1. 2. 3.

Services4Stock Services4Stock is a unique platform created to provide emerging companies with an easier way to finance their growth. Typically, companies with high growth potential seek financing from venture capital firms or investment banks. As many entrepreneurs can attest, that process is time-consuming, frustrating, and often fruitless. Fortunately, there's an easier way. You can now expand your business by getting the help you need directly from the service providers. For example, if you want to make your product or service known nationwide, we can facilitate deals where major publishers and broadcasters give you millions of dollars of ad space in exchange for equity in your company. This type of financing is easier to obtain than cash funding. Sure, you may still need to go to venture capitalists for funding of some operational expenses, but the majority of your needs may be financed directly by service providers via Services4Stock platform.

Reinventing Print Media Among its other effects, the global recession of 2008–09 is catalyzing a permanent change in the media landscape. After years of gradual audience erosion, the pressure on newspapers and magazines has accelerated. Severe cutbacks in conventional advertising — even when subscriptions or newsstand sales are robust — are slicing deeply into publishers’ revenues and shredding profitability. And it has affected print more than any other medium: Although overall advertising revenues fell by mid-single digits in 2008, newspapers, consumer magazines, and business-to-business trade publications saw print advertising declines of two to three times that. Print players have faced other cyclical downturns in which their businesses declined faster than other ad- supported media. The first force is the ongoing shift in where marketers focus their spending. The second long-term trend devastating print profitability is the rise of digital media.

New York Times Forces Apple to Pull Popular ‘Pulse’ iPad Newsreader | Epicenter  Apple has pulled the best-selling iPad RSS application, Pulse, from the App Store at the request of The New York Times. Why? Because it downloads and displays The New York Times RSS feed, just like every other RSS reader on the planet. Pulse has been an app-store hit thanks to its slick design, which pulls news from various sources and aggregates them in an easy-to-read manner, perfectly suited to the flick-and-scroll interface of the iPad. The design was good enough to impress even Steve Jobs, who mentioned it in his WWDC keynote speech Monday. The application, which costs $4, has been downloaded 35,000 times. Pulse was removed from the App Store yesterday after a takedown request was sent by The New York Times‘ legal counsel. UPDATE: Tuesday 3:00 pm Pacific: Pulse is back in the App store, though it’s unclear whether the Times retracted its objection or if Apple simply decided to ignore it. Here is the relevant excerpt: Clearly the Times doesn’t understand the purpose of RSS. See Also:

Case Study: “Old-School” Marketing Gets Results Many white paper marketers swear by the latest online marketing methods. They think an eye-catching online ad or a persuasive email captures customers best. A successful marketing firm, however, has learned that an “old-school” method can do the job better. MarketSense (www.market-sense.com), a 20-year-old business-to-business marketing agency based in Burr Ridge, Illinois, specializes in generating qualified sales leads for its clients. The full-service firm gets impressive results with precisely targeted direct mail. Hit the Target Clark Jones, director of business development at MarketSense, explains, “Over the years, we’ve done email ‘blasts’ and online ads offering white papers to prospects within in our own databases as well as those from rented or purchased databases, but the results often fell short of our target. “We realized that when you run banners and other display ads on the Internet, you typically have very little control over who is clicking on your ads.

Alexey Vishnevsky Free Subscription Have a website or a blog? Publish a newsletter or an RSS feed? Do you reach users interested in tech and business topics? NetLine's TradePub.com, the core of NetLine's network which was established in 1994, has come to be known as an industry icon that originated as the first online subscription site for B2B magazines. Our partner program is designed to make every corner of your online world a potential revenue generator, and you'll fully benefit from RevResponse.com, our innovative portal that will deliver you the tools to make it happen. As a partner you'll become an integral part of the network, providing an exciting new way to generate revenue while providing your users with something of real and tangible value.

Free Human Translation Services Our goal is to have translators in these languages: Arabic, Afrikaans, Bulgarian, Chinese, Cantonese, Croatian, Czech, Danish, Dutch, English, Esperanto, Farsi, Finnish, Flemish, French, German, Hebrew, Hindi, Indonesian, Italian, Japanese, Korean, Kurdish, Lithuanian, Malay, Maltese, Norwegian, Polish, Portuguese, Romanian, Russian, Scottish, Slovak, Spanish, Swedish, Tagalog, Tamil, Thai, Turkish, Urdu, Vietnamese, Yiddish, Zulu. Human Translation? How Does it Work? Good news: You will get your translation from a human being, not a machine, and this is how it works, you choose one of the languages in the table below, you fill out the form, our volunteer translator receives it, translates it, and then e-mail it back to you with the translation, it's that simple. and it will cost you nothing, as long as it's a small paragraph, or a couple of names ..., please note that it's up to the volunteer to translate your request or not, no guarantees that a translation will be made.

Using Facebook for Business Networking By now you’ve heard about Facebook, the ultra-popular social networking site that boasts 150 million members. But did you know it’s also a very powerful business networking site? You can connect with legions of people in any industry organized by city, workplace, school and region. Facebook users create their own profiles that feature photos and personal background, they exchange public or private messages and they join groups that share their interests. Using the site to spread the word about your business can pay off. According to a recent study by Aberdeen Group, top companies are using social-networking sites like Facebook to achieve improved interaction with customers. Facebook expert Mari Smith, known as “The Pied Piper of Facebook,” teaches courses on using the service for profit. Create a Strategy Mari says there’s an essential rule of thumb when using Facebook: “The number-one reason that people flounder in social networking is that they don’t have a strategy.

Interesting, still absorbing it all, what do you think why did you join pealtree and what have you learned and discovered with it by littletreegirl May 22