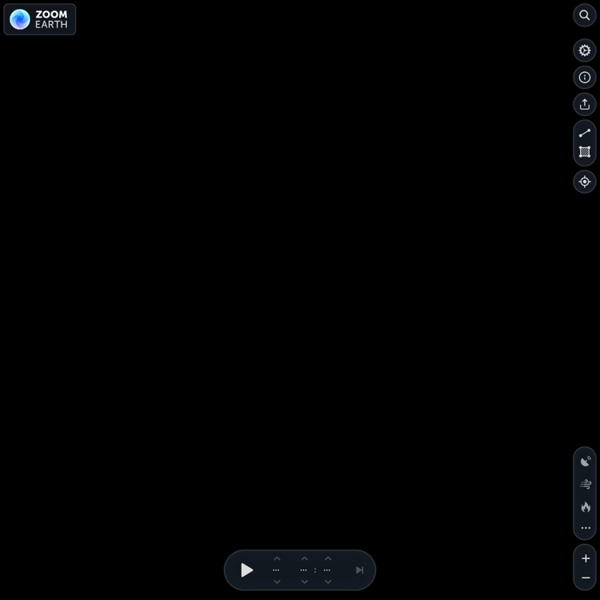 40 Maps That Will Help You Make Sense of the World If you’re a visual learner like myself, then you know maps, charts and info graphics can really help bring data and information to life. Maps can make a point resonate with readers and this collection aims to do just that. Hopefully some of these maps will surprise you and you’ll learn something new. Human the movie HUMAN, a film by Yann Arthus-Bertrand. Turn on the Closed Captions (CC) to know the countries where the images were filmed and the first name of the interviewees. What is it that makes us human ? Is it that we love, that we fight ? That we laugh ? Cry ?

Jean Simmons and Marlon BrandoDeborah Ke Ingrid Bergman Jean Simmons and Marlon Brando Deborah Kerr The Aurora Seen from Space [PICS] You’ve seen amazing images of the Aurora Borealis and its counterpart, the Aurora Australis here on Environmental Graffiti in the past, but now you have a chance to see them as never before: from space. If you think the view down on Earth is incredible beyond words, wait until you see what these natural light phenomena look like from the International Space Station and through the lens of the Hubble Telescope. Aurorae are created when charged particles from the sun, called the solar wind, interact with the magnetic shield that surrounds our planet (and other planets as well). On Earth, this magnetic shield, called the magnetosphere, protects us from radiation by pushing the solar wind around it.

Linguistic Composition Map of Iran, Color Coded map of all languages spoken in Iran, Farsi, the most widely spoken Persian Language, a Farsi Dictionary, Farsi English Dictionary, The spoken language in Iran, History of Farsi Language, Learn Farsi, Farsi T Farsi - Persian Language Persian Language, also known as Farsi, is the most widely spoken member of the Iranian branch of the Indo-Iranian languages, a subfamily of the Indo-European languages. It is the language of Iran (formerly Persia) and is also widely spoken in Afghanistan and, in an archaic form, in Tajikistan and the Pamir Mountain region. Persian is spoken today primarily in Iran and Afghanistan, but was historically a more widely understood language in an area ranging from the Middle East to India. Significant populations of speakers in other Persian Gulf countries (Bahrain, Iraq, Oman, People's Democratic Republic of Yemen, and the United Arab Emirates), as well as large communities in the USA. Total numbers of speakers is high: over 50 million Farsi speakers (about 50% of Iran's population); over 7 million Dari Persian speakers in Afghanistan (25% of the population); and about 2 million Dari Persian speakers in Pakistan.

The World’s Most Spoken Languages In One Fascinating Infographic Whenever I meet someone of a different ethnicity, out of sheer curiosity, I always ask if they speak the language of their heritage. I was born in Canada, but grew up with Punjabi speaking parents. I also studied French, Japanese, and Korean, and like to see language as almost a binding agent that helps smooth over communication. Business deals can go in a completely different direction if someone knows even a few words of another language, and, let’s be honest, traveling around the world and practicing different words you’ve picked up is fun.

Amazing World Toolbar at Al-Nahdah Tareq bin Zeyad Street, Tabuk Saudi Arabia Is this your business? Do you manage Amazing World Toolbar? Claim it now to be able to get responses, receive feedback and answer questions from people. Highly Detailed 3D Characters From Top 3D Artists - 53 Examples Most 3d artists’ portfolios have at least a beautiful woman character in it and it will be no surprise that you’ll find a lot of them here. Now besides the curious gazing at these 3d pictures, you must realize the sisyphean work that is being put in these characters, the long hours to create the render and then applying the high quality texture to get incredible the incredible results illustrated below. Rage Captain Jack Sparrow Transient Princess Alien vs Predator Chess