How Everything Goes to Hell During a Zombie Apocalypse 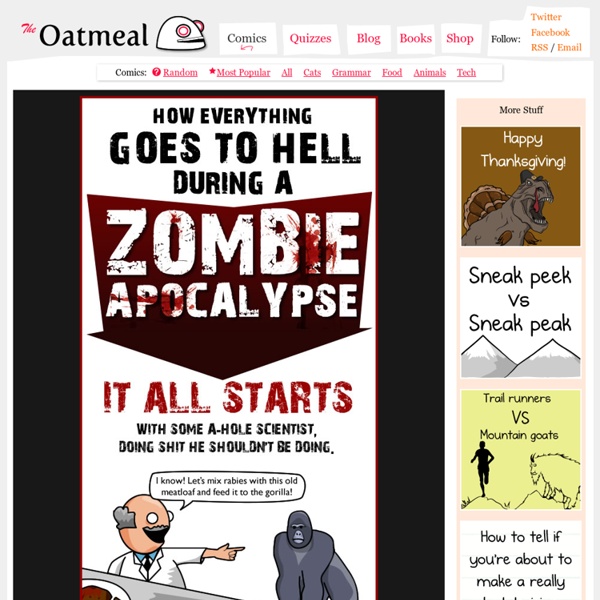 Zombie Zombies have a complex literary heritage, with antecedents ranging from Richard Matheson and H. P. Lovecraft to Mary Shelley's Frankenstein drawing on European folklore of the undead. George A. Romero's reinvention of the monster for his 1968 film Night of the Living Dead led to several zombie films in the 1980s and a resurgence of popularity in the 2000s. The English word "zombie" is first recorded in 1819, in a history of Brazil by the poet Robert Southey, in the form of "zombi".[3] The Oxford English Dictionary gives the origin of the word as West African, and compares it to the Kongo words nzambi (god) and zumbi (fetish). Folk beliefs[edit] Haitian tradition[edit] It has been suggested that the two types of zombie reflect soul dualism, a belief of Haitian Vodou. The Haitian zombie phenomenon first attracted widespread international attention during the United States occupation of Haiti (1915 - 1934), when a number of case histories of purported "zombies" began to emerge. The actor T.