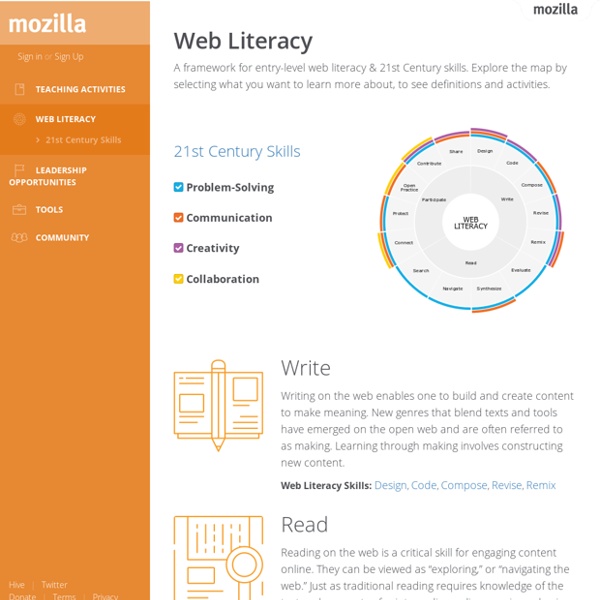 Digital Literacy and Learning in the United States Americans fall along a spectrum of preparedness when it comes to using tech tools to pursue learning online, and many are not eager or ready to take the plunge For many years concerns about “digital divides” centered primarily on whether people had access to digital technologies. Now, those worried about these issues also focus on the degree to which people succeed or struggle when they use technology to try to navigate their environments, solve problems, and make decisions. A recent Pew Research Center report showed that adoption of technology for adult learning in both personal and job-related activities varies by people’s socio-economic status, their race and ethnicity, and their level of access to home broadband and smartphones.

Fake, Fiction or Fact? How can learners be helped to work out what’s true? There are so many choices for sources of news for learners to find out about what’s going on the world today, whether printed media, online news sites or social media. But how can learners be helped to be able to work out if what they are reading has any substance in fact, how accurate the information is, or what the biases are likely to be? Is what you read in the style of what might be considered traditional journalism where different views are balanced against each other, he said this, she said that, with linked references and explanations?

Startups Kano and Cubetto sell coding toys that teach children to become computer engineers According to marathon-running mythology, Pheidippides, the ancient Greek athlete often named as history’s first endurance runner, dropped dead at the end of his run. Historians say this false dramatic detail springs more from poetry than traceable records, but the lie has likely endured because purposefully running 26.2 miles seems like a direct challenge to human limitations. The myth might be false—but it is plausible. Running an estimated 55,000 steps over the course of a few hours hours brings about risks that can prove fatal. Searching the Deep Web - Bates InfoTips I recently developed a private workshop on how to find deep web resources on a specialized topic, and realized that the secret to finding information in the deep web is know that it’s a very different experience than searching the open web. While deep web content isn’t indexed by search engines, you can use search engines to find pointers, leads and links to deep web resources. Even more than with most “traditional” searches, looking for deep web content means thinking like a detective — looking for clues, using your peripheral vision to notice references or footnotes, and knowing when to step back and reassess. Following are some of the key approaches I recommend for finding deep web content on a particular topic. Use a search engine to find a page that is describing a relevant database by adding terms likely to appear the page.

Framework for Information Literacy for Higher Education Filed by the ACRL Board on February 2, 2015. Adopted by the ACRL Board, January 11, 2016. This work is licensed under a Creative Commons Attribution-NonCommercial-ShareAlike 4.0 International License. PDF Version Books That Grow Reader — Books That Grow Without, the night was cold and wet, but in the small parlour of Laburnam Villa the blinds were drawn and the fire burned brightly. Father and son were at chess, the former, who possessed ideas about the game involving radical changes, put his king into such sharp and unnecessary perils that it even provoked comment from the white-haired old lady knitting placidly by the fire. "Hark at the wind," said Mr. White, who, having seen a fatal mistake after it was too late, was amiably desirous of preventing his son from seeing it. "I'm listening," said the latter, grimly surveying the board as he stretched out his hand. "Check."

How to Effectively Introduce Coding and Computational Thinking into Your Classroom - The Learning Exchange The inclusion of coding and computational thinking (CT) skills across all levels of education is gaining momentum worldwide. Here at home, the Ministry of Education recently announced a focus on coding and CT skills in our Ontario schools. What follows are recommendations related to how large jurisdictions can adequately prepare our teachers to introduce and foster the development of coding and CT skills in our students. Helping Students Become Better Online Researchers Your students are probably Internet authorities. When it comes to Instagram, Twitter, and YouTube, they might know far more than you. All of that time spent tweeting and chatting doesn’t necessarily translate to deep learning though. As students progress through school, online research skills become more important — for good reason. Both college professors and employers will expect young people to know their way around the academic side of the Internet; a skill that for many students, needs to be taught.

20 Creative Bloom's Taxonomy Infographics Everybody Loves Using There is no shortage of Bloom’s Taxonomy infographics online for every teacher. From our own Bloom’s Verbs poster to the resources that can be found on Andrew Churches’ Edorigami, there’s a taxonomy tool for every purpose. (Andrew also created a very helpful chart for checking your lesson components against Bloom’s Digital Taxonomy—you can get it here.)

SLJ’s School Ebook Market Directory See feature Story on:How Two Schools are Riding the Transition to Ebooks Ebook providers offer different selections of titles with varying terms. Which ones will best meet your school’s needs and budget? Forget digital natives. Here’s how kids are really using the Internet Doug Chayka The era of the digital native is over. If that declaration comes as a relief, you’re most likely either an older tech user who is tired of feeling irrelevant, or a millennial frustrated with being reduced to a headphone-wearing cliché. In 2001, education consultant Mark Prensky coined this term — along with calling the analog-raised generation “digital immigrants” — to alert teachers to the emerging wave of students who’d be arriving at schools with new ways of thinking and absorbing information after growing up with computers, videogames, digital music players, video cams, cell phones and other devices. The term was seized upon by news outlets, academics and businesses and ended up framing people’s understanding of the group born between the mid-1980s and mid-1990s.