Shocking Facts You Did Not Know A Minute Ago 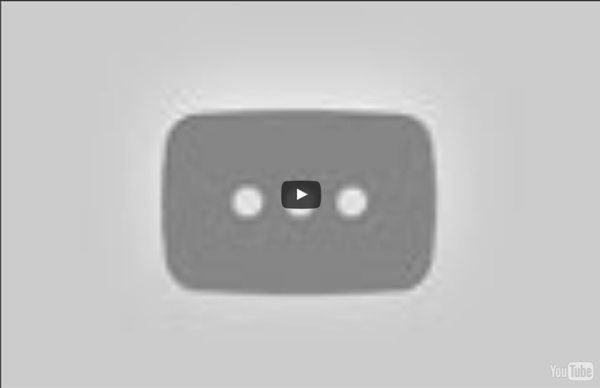 32 Innovations That Will Change Your Tomorrow - Interactive Feature Electric Clothes Physicists at Wake Forest University have developed a fabric that doubles as a spare outlet. When used to line your shirt — or even your pillowcase or office chair — it converts subtle differences in temperature across the span of the clothing (say, from your cuff to your armpit) into electricity. And because the different parts of your shirt can vary by about 10 degrees, you could power up your MP3 player just by sitting still. According to the fabric’s creator, David Carroll, a cellphone case lined with the material could boost the phone’s battery charge by 10 to 15 percent over eight hours, using the heat absorbed from your pants pocket. Richard Morgan Chris Nosenzo The New Coffee Soon, coffee isn’t going to taste like coffee — at least not the dark, ashy roasts we drink today. Analytical Undies Your spandex can now subtly nag you to work out. The Morning Multitasker Clean Hair, No Hands Tim WuAuthor of “The Master Switch: The Rise and Fall of Information Empires”

Pearltrees German Hackers Are Building a DIY Space Program to Put Their Own Uncensored Internet into Space There's more than one way to stick it to The Man. There's civil disobedience, subversive propaganda, political art, outright violent revolt--each possessing its own degree of difficulty and consequence. In a decidedly 21st-century twist, team of German hackers bent on fighting the powers that be has chosen a rather ambitious means of taking the power back: building a hacker-owned and -operated space program, complete with a constellation of communications satellites beaming uncensored Internet to users on the ground. The Hackerspace Global Grid was borne out of a call to action at the Chaos Communication Congress in Berlin, where hackers of all stripes gather to mull the issues of the day as they relate to their craft. Hacker activist Nick Farr--motivated by legislation like the Stop Online Piracy Act (SOPA) in the U.S. Of course, building both a space program capable of placing satellites in orbit and a terrestrial network of tracking stations is easier said than done.

The Transparency Grenade by Julian Oliver (@julian0liver) – Design Fiction for Leaking Data Provocations within The Critical Engineering Manifesto (2011) state that reliance on specific technologies are “both a challenge and a threat” and that “the exploit is the most desirable form of exposure”. Julian Oliver is one of the authors of this manifesto and on reviewing his body of work, one can see that the mandate is clearly at the heart of his practice. The Transparency Grenade, Oliver’s most recent endeavour, reimagines the iconic Soviet F1 hand grenade as the chassis for a personal data-leaking device. A concerned individual with physical access to site shrouded in secrecy could simply wait for an opportune moment, pull the pin and create a ‘detonation’ of related data that would be instantly published to the web. The statement for the project describes the operation of the prototype: With this work Oliver thematically aligns himself with other practitioners of the ‘dark arts’ – artists whose work parses economies of secrecy. No, it wasn’t. There were many.

How Google Builds Its Maps—and What It Means for the Future of Everything - Alexis C. Madrigal An exclusive look inside Ground Truth, the secretive program to build the world's best accurate maps. Behind every Google Map, there is a much more complex map that's the key to your queries but hidden from your view. The deep map contains the logic of places: their no-left-turns and freeway on-ramps, speed limits and traffic conditions. This is the data that you're drawing from when you ask Google to navigate you from point A to point B -- and last week, Google showed me the internal map and demonstrated how it was built. It's the first time the company has let anyone watch how the project it calls GT, or "Ground Truth," actually works. Google opened up at a key moment in its evolution. And for good reason. "If you look at the offline world, the real world in which we live, that information is not entirely online," Manik Gupta, the senior product manager for Google Maps, told me. This is not just a theoretical concern. But that would entail actually building a better map.

Ultra-efficient LED puts out more power than is pumped in MIT physicists have been testing a light-emitting diode that has an electrical efficiency of more than 100 percent. You may ask, "Wouldn't that mean it breaks the first law of thermodynamics?" The answer, happily, is no. The LED produces 69 picowatts of light using 30 picowatts of power, giving it an efficiency of 230 percent. That means it operates above "unity efficiency" -- putting it into a category normally occupied by perpetual motion machines. However, while MIT's diode puts out more than twice as much energy in photons as it's fed in electrons, it doesn't violate the conservation of energy because it appears to draw in heat energy from its surroundings instead. In slightly more detail, the researchers chose an LED with a small band gap, and applied smaller and smaller voltages. Don't miss: Let there be LED: The future of the light bulb 69 picowatts of light, of course, is a very small amount -- so you're not likely to be able to read in bed with one of these LEDs.

The Future of Electronic Paper Thirty-five years in the making, electronic paper is now closer than ever to changing the way we read, write, and study — a revolution so profound that some see it as second only to the invention of the printing press in the 15th century. Made of flexible material, requiring ultra-low power consumption, cheap to manufacture, and—most important—easy and convenient to read, e-papers of the future are just around the corner, with the promise to hold libraries on a chip and replace most printed newspapers before the end of the next decade. This article will cover the history, technology, and future of what will be the second paper revolution. E-paper History: An Interview with Nick Sheridon, Father of E-paper In the 1970s, Xerox Palo Alto Research Center (Xerox PARC) was a powerhouse of innovation. Nearly 35 years later, TFOT sat down with Nick Sheridon to ask him about his historic invention. Q: How did it all start? Q: So how was e-paper born? A: I realized the need for e-paper in 1989.

Is This What Urban Buildings Will Look Like In 2050? In the two weeks since President Donald Trump issued his executive order on immigration, banning travel from seven Muslim-majority countries, he's met with opposition from a surprising sector: the tech industry. In a radical change of tune since executives like Jeff Bezos and Sheryl Sandberg filed into Trump Tower to meet with the president in December, 128 tech companies have now filed an amicus brief against the ban; the Washington Post reported that Apple CEO Tim Cook said in a company-wide email that the ban "is not a policy we support" and added that "Apple would not exist without immigration." While many of these denunciations of Trump's order appear motivated by some higher corporate ethos, there's another factor at play here: pressure from employees. A new study has taken a step toward measuring the importance of business ethics to young employees (in a very different sector: the apparel and textile industry) and how it could affect retention and on-the-job satisfaction.

Open Source Satellite Initiative The New York Times on TreeHugger Founder's Tiny Apartment and Its "Convertible Tricks" LifeEdited/CC BY 2.0 Since 2010, TreeHugger founder Graham Hill has been rethinking how much we really need to live, and trimming down all his needs into one tiny, hyper-functional, changeable space. He calls it LifeEdited. The goal? Live with less stuff but more flexibility, comfort, and happiness in his 420-square-foot Sullivan Street apartment on New York's SoHo. And the day of completion is upon us: Graham moved in last weekend, and for the first time -- as a permanent resident that is -- swung down his Murphy bed, ate at his expandable table, and slid back his movable wall. Naturally The New York Times noticed all this activity, and has a three-page spread as well as a slideshow on the occasion. As Graham envisions his snug apartment as a working laboratory for living with less, the move-in is only the first step in taking his idea global. Graham's next LifeEdited project may be large-scale, and what better place to go large than Las Vegas? The New York Times reports: Mr.

This doohickey turns your normal bike into an electric bike Try not to think about how its name sounds like masturbation. Buying an electric bike is kind of a commitment — it can cost as much as a cheap car, weigh as much as a small boar, and be troublingly similar to riding an artificially intelligent Pegasus-android that could destroy you at any moment. On the other hand, conversion kits are often heavy and unattractive. In a Kickstarter that’s actually cool, some Lithuanian guys have invented a gadget you plop on your bike that turns your steel steed electric — without the weight and cost of an e-bike. When your thighs hit noodle state, the Rubbee can take over for up to 15 miles, driving your bike at up to 15 miles per hour. If you want your own Rubbee, donate to the Kickstarter, which has raised $64,000 of its $96,000 goal so far.

Imagining A Future City Filled With Driverless Cars And Without Any Parking Spaces As self-driving cars move from fantasy to reality, what kind of effect will they have on cities? A fantastical research and urban prototyping project called Shuffle City investigates, and in the process, becomes a manifesto for a new kind of modern city--one that depends less on traditional public transportation like buses or light rail and more on creating a fleet of continuously moving automated vehicles to serve urban mobility needs. Focusing on Houston--the country’s car-oriented fourth largest city--the project "identifies opportunities outside of the ownership model to liberate an otherwise suppressed urban landscape, by programming a dynamic system of flow that is made more immediately possible through a public autonomous (driverless) vehicle fleet," according to its website. Shuffle City looks at the new possibilities that could arise from cities transitioning away from cars with drivers to cars without drivers.