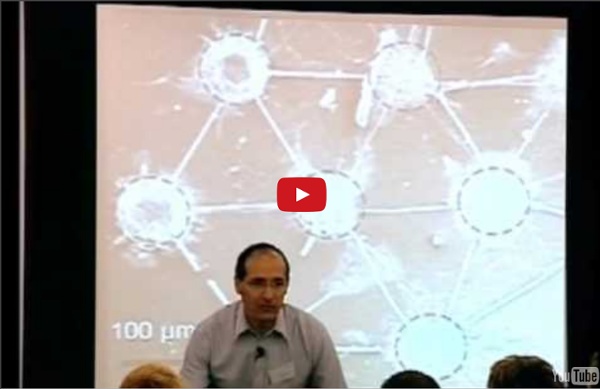 New Obama Advisor John Podesta An Advocate For UFO Disclosure For all of you who hope the U.S. government will lift the veil on its alleged stockpile of evidence that Earth is being visited by extraterrestrials -- take heart. This week, former Clinton chief of staff and UFO advocate John Podesta was named as President Obama's newest advisor. Podesta, 64, has more than once publicly urged the U.S. government to release any UFO files that could help scientists determine "the real nature of this phenomenon." Podesta's stance on UFOs can be seen in the following video clip from the 2009 James Fox film, "I Know What I Saw." Podesta spoke at a 2002 news conference at the National Press Club in Washington, D.C., where he called upon the U.S. government "to declassify [UFO] records that are more than 25 years old." Adding more fuel to the fire, Podesta wrote the foreword to Leslie Kean's 2010 New York Times bestseller, "UFOs: Generals, Pilots, And Government Officials Go On The Record": Drone SecrecyNSA SpyingAfghanistanThe American Political SystemUFOs

World Island Wonder Dubai’s desert landscape is transforming itself into the tourist capital of Earth, and the location of the most audacious reclaimed land project to date. From the depths of the Arabian Gulf, 300 new islands are appearing above the waves to form the world map. It’s so large it can be seen from space and so challenging to build that it threatens to push the construction team to the limit. Go on a rollercoaster journey through the story of The World Islands and see how an extraordinary dream is being transformed into an amazing reality. The total development cost is going to be close to $14 billion. The Times Online reports in September 2009 that work on The World had been suspended due to the effects of the global financial crisis. Watch the full documentary now - Accelerating Future » Top 10 Transhumanist Technologies Transhumanists advocate the improvement of human capacities through advanced technology. Not just technology as in gadgets you get from Best Buy, but technology in the grander sense of strategies for eliminating disease, providing cheap but high-quality products to the world’s poorest, improving quality of life and social interconnectedness, and so on. Technology we don’t notice because it’s blended in with the fabric of the world, but would immediately take note of its absence if it became unavailable. (Ever tried to travel to another country on foot?) Technology needn’t be expensive – indeed, if a technology is truly effective it will pay for itself many times over. Transhumanists tend to take a longer-than-average view of technological progress, looking not just five or ten years into the future but twenty years, thirty years, and beyond. 10. 9. Clearly, World of Warcraft’s eight million subscribers and SecondLife’s five million subscribers are onto something. 8. 7. 6. 5. 4. 3. 2.

Technocalyps Are we prepared for dealing with the prospect that humanity is not the end of evolution? Technocalyps is an intriguing three-part documentary on the notion of trans-humanism by Belgian visual artist and filmmaker Frank Theys. The latest findings in genetics, robotics, artificial intelligence, bionics and nanotechnology appear in the media every day, but with no analysis of their common aim: that of exceeding human limitations. The director conducts his inquiry into the scientific, ethical and metaphysical dimensions of technological development. The film includes interviews by top experts and thinkers on the subject worldwide. This documentary is available for preview only - .

molecules storage Storage is a very exciting thing these days: SSDs are increasing in capacity and becoming cheaper, hard drives are offering storage capacity that’s unprecedented at the consumer level, and recently, scientists have been able to store significant amounts of data using unusual mediums, such as strings of DNA and small groups of atoms. Now, scientists have managed to store data in individual molecules. Using a new, still-experimental technology, researchers have managed to turn individual molecules into a storage medium. In theory, this molecular memory could increase current storage capacities by one thousand times over more conventional means. Molecular memory isn’t an entirely new concept but there have always been significant hurdles, the first of which is no stranger to the computing world: cooling. Previously, molecular memory needed to be cooled to temperatures close to absolute zero — not exactly practical. [Image credit: Wallsonline]

First 3D Map of the Brain’s Connections We knew anatomy could be gorgeous, but this is beyond anything else we’ve ever seen, and it’s guaranteed to be something you haven’t seen, being the first 3D image of a brain’s connections. Van Wedeen, a Harvard radiology professor, is awestruck: “We’ve never really seen the brain – it’s been hiding in plain sight.” Conventional scanning has offered us a crude glimpse, but scientists such as Wedeen aim to produce the first ever three-dimensional map of all its neurons. Photographed above is the 3D image of an owl-monkey’s brain. Link [via] The Code The Code presents the first decade of Linux from 1991 to 2001. Besides Torvalds, it includes many of his closest allies in development process, that is nowadays seen as the greatest success story of the Internet culture. Eventually, Linux becomes a viable business solution within the computer industry. Media loves the story of ‘a single hacker against the forces of darkness’. But even after all this attention Linus Torvalds remains, as a person, an enigma.