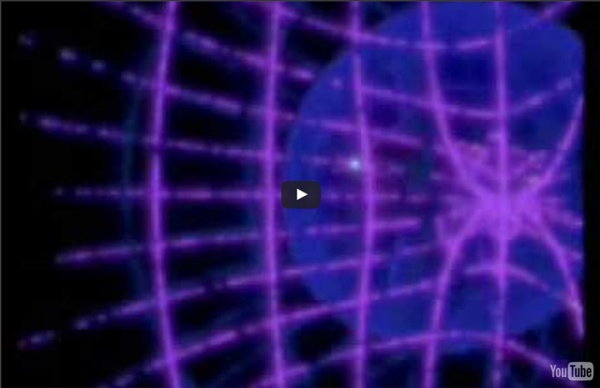 Court Error Corrected Keith makes these statement on YouTube: " The key is simply know who you are, stay in honour and stand your ground peacefully. I was in "court" because I parked mine or my wife's conveyance on my Sovereign land (i.e.) lawn. No ticket, straight to a court summons issued on a fictitious entity. On and for the record this file was filled with goodies and they waited until the entire case docket was done before they called a name that sounded familiar as in an account that I am administer for. Unfortunately for the court, there were over 20 people there in support of me and most of them were Sovereigns as well...Included in the room were 3 other Peace Officers from WFS and myself, a sworn to the people Peace Officer and duly witnessed and Notarized as such....Hope this is helpful...Case dismissed with cause and prejudice, note the judge bowing before he abandoned the court. "It works in ALL commonwealth countries, US included since it too, is a crown corporation...get on it...kt"

Sleepy brain waves predict dream recall : Neurophilosophy THE patterns of brain waves that occur during sleep can predict the likelihood that dreams will be successfully recalled upon waking up, according to a new study published in the Journal of Neuroscience. The research provides the first evidence of a ‘signature’ pattern of brain activity associated with dream recall. It also provides further insight into the brain mechanisms underlying dreaming, and into the relationship between our dreams and our memories. Cristina Marzano of the Sleep Psychophysiology Laboratory at the University of Rome and her colleagues recruited 65 students, selected on the basis of their sleeping habits. On the second night, the researchers used electroencephalography (EEG) to measure the participants’ brain waves while they slept, and woke them up during specific types of sleep. The researchers found that they could predict successful dream recall from the brain activity patterns recorded just before awakening. Marzano, C., et al. (2011).

A complete version of The Gospel of Mary Magdalene - National Gnosticism & Heretical Spirituality Mary Magdalene has perennially intrigued western culture, yet her interest has peaked in the last generation because of the parallel interest in the Gnostic Gospels. No longer just a redeemed sinner or sensuous projection for artists, Gnosticism revealed a Mary Magdalene who was a spiritual visionary, a religious leader, and perhaps the main disciple of the risen Christ. In the Nag Hammadi library’s Dialogue with of Savior, she is proclaimed as “the woman who understood The All.” The most popular narration of Mary Magdalene today is the Gospel of Mary (even though its discovery is well over a century old). In this scripture, Mary shares in a mystic vision with Jesus concerning the infinite domains. She moreover comforts and leads the other apostles, although not without conflict. In The Pre-Nicene New Testament, Robert M. Price summarizes Mary’s role this scripture as “a symbolic figurehead for Gnostic and other sects who claimed her as their authorization.

The Apex Human - Sevan Bomar - David Whitehead - 05-27-13 Dreams: Night School The Dream Robbers What happens when a rat stops dreaming ? In 2004, researchers at the University of Wisconsin at Madison decided to find out. In this uncomfortable position, the rat is able to rest and eventually fall asleep. Step 2: After several mostly dreamless nights, the creature is subjected to a virtual decathlon of physical ordeals designed to test its survival behaviors. The dream-deprived rats flubbed each of the tasks. The surprise came during Step 3. What Dreams Are Made Of Dreaming is so basic to human existence, it's astonishing we don't understand it better. Later came the idea that dreams are the cognitive echoes of our efforts to work out conflicting emotions. "There's nothing closer to a consensus on the purpose and function of dreaming than there's ever been," says Deirdre Barrett, a Harvard psychologist and editor of the forthcoming . A Theater of Threats Better to bend your knees and lower your center of gravity so you're harder to lift.

Physicists discover ‘clearest evidence yet’ that the Universe is a hologram A team of physicists have provided what has been described by the journal Nature as the “clearest evidence yet” that our universe is a hologram. The new research could help reconcile one of modern physics’ most enduring problems : the apparent inconsistencies between the different models of the universe as explained by quantum physics and Einstein’s theory of gravity. The two new scientific papers are the culmination of years’ work led by Yoshifumi Hyakutake of Ibaraki University in Japan, and deal with hypothetical calculations of the energies of black holes in different universes. The idea of the universe existing as a ‘hologram’ doesn’t refer to a Matrix-like illusion, but the theory that the three dimensions we perceive are actually just“painted” onto the cosmological horizon – the boundary of the known universe. If this sounds paradoxical, try to imagine a holographic picture that changes as you move it. For more information on this research, click here to read the original release.

Kate of Gaia | In The Mirror Religious Experiences Shrink Part of the Brain The article, “Religious factors and hippocampal atrophy in late life,” by Amy Owen and colleagues at Duke University represents an important advance in our growing understanding of the relationship between the brain and religion. The study, published March 30 in PLoS One, showed greater atrophy in the hippocampus in individuals who identify with specific religious groups as well as those with no religious affiliation. It is a surprising result, given that many prior studies have shown religion to have potentially beneficial effects on brain function, anxiety, and depression. A number of studies have evaluated the acute effects of religious practices, such as meditation and prayer, on the human brain. A smaller number of studies have evaluated the longer term effects of religion on the brain. Such studies, like the present one, have focused on differences in brain volume or brain function in those people heavily engaged in meditation or spiritual practices compared to those who are not.

Physicists May Have Evidence Universe Is A Computer Simulation Physicists say they may have evidence that the universe is a computer simulation. How? They made a computer simulation of the universe. A long-proposed thought experiment, put forward by both philosophers and popular culture, points out that any civilisation of sufficient size and intelligence would eventually create a simulation universe if such a thing were possible. And since there would therefore be many more simulations (within simulations, within simulations) than real universes, it is therefore more likely than not that our world is artificial. Now a team of researchers at the University of Bonn in Germany led by Silas Beane say they have evidence this may be true. In a paper named ‘Constraints on the Universe as a Numerical Simulation’, they point out that current simulations of the universe - which do exist, but which are extremely weak and small - naturally put limits on physical laws. But the basic impression is an intriguing one.

(EG): Lemuria+ updated 28-01-2015 LeMuria, the Lost Eden aka Mu – iNFO – Crystals & PDF Collection LeMuria, the Lost Eden It was not in God’s original plan for there to be a fall of Spirit onto this material plane. The Earth was to be a garden park that souls could look down upon and admire. Our souls were to remain in the angelic state, which is the natural order. “Now the LORD God had planted a garden in the east, in Eden. The first great civilization in which we lived was the land of LeMuria, the great continent of Mu. Over time, the physical body was raised up from the lower primates into the humanoid form. As the Earth moved through Time and Space, different races travelled from other planets in the galaxy to settle here. But, by 16,000 BC the world was moving through a dark age. The Lemurians realized that our beautiful Motherland was destined to sink into the ocean and that, in the process, most of us would descend in consciousness. From, Lemuria and Atlantis, by Shirley Andrews Right hand-

Human echolocation activates visual parts of the brain : Neurophilosophy WE all know that bats and dolphins use echolocation to navigate, by producing high frequency bursts of clicks and interpreting the sound waves that bounce off objects in their surroundings. Less well known is that humans can also learn to echolocate. With enough training, people can use this ability to do extraordinary things. Very little research has been done on human echolocation, and nothing is known about the underlying brain mechanisms. Psychologist Lore Thaler of the University of Western Ontario and her colleagues recruited two expert echolocators for the new study. The researchers seated their participants in a sealed room, placed various objects in front of them, and asked them to produce echolocation clicks. EB and LB could accurately determine the size, shape, position and movements of objects in both situations. The researchers observed another difference when they compared the brain activity evoked by outdoor recordings with and without echoes. Related: