Jennifer Lopez - Jenny from the Block 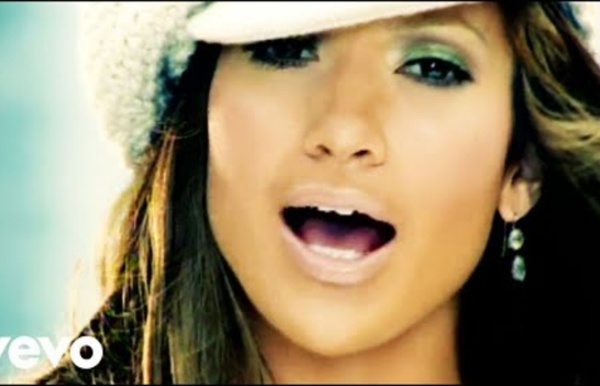 Related:  The A through Z Listers

Ben Affleck as Batman: Like the Bennifer era never ended Ben Affleck won his second Oscar this year — a best picture trophy for “Argo.” He’s been nearly universally hailed for his three directorial efforts, having completely rehabilitated his image after a long career downward spiral in the early- and mid-2000s, a spiral that began when he appeared in a superhero film. His fame and reputation more secure now than they’ve ever been, Affleck is set to appear in a second superhero film. Yes, Ben Affleck has been announced as the new Batman in, first, a film in which Batman and Superman meet. It’s the second big role Affleck’s landed this summer — he’s also to play the male lead in “Gone Girl,” based on the Gillian Flynn novel — but the first that explicitly recalls a prior role. Back in 2003, a creature known as “Bennifer” stalked the earth. The ease with which Affleck had been able to move into a new gig — coupled with the fact that he was never really a natural at it — made filmgoers presume that Affleck had decisively left acting behind.

Ever Fallen in Love (With Someone You Shouldn't've) Sometime during November 1977, the band watched the musical Guys and Dolls in the TV lounge of a guesthouse in Edinburgh, Scotland. It was the dialogue "Have you ever fallen in love with someone you shouldn't have" from the film which inspired the song. The following day Shelley wrote the lyrics of the song, in a van outside a post office, with the music following soon after.[5] The lyrics consist of two verses (of which one is repeated) and a chorus. According to music critic Mark Deming, "the lyrics owe less to adolescent self-pity than the more adult realization of how much being in love can hurt – and how little one can really do about it Critic Ned Raggett describes the song as a "deservedly well-known masterpiece

mqdefault ‪Jennifer Lopez‬‏ Actress/singer Jennifer Lopez was born in the Bronx, NY, on July 24, 1969; after starting out in musical theater as a child, at age 16 she made her film debut in the little-seen My Little Girl, but her career then stalled until she was tapped to become one of the dancing "Fly Girls" on the television sketch comedy series In Living Color. A recurring role on the TV drama Second Chances followed before Lopez was thrust into the limelight co-starring with Wesley Snipes and Woody Harrelson in the 1995 feature film Money Train; smaller roles in pictures including My Family/Mi Familia, Jack, and Blood and Wine followed before she landed the title role in 1997's Selena, portraying the slain tejano singer. Lopez didn't waste time perfecting a sophomore effort, the appropriately titled J.Lo, which was issued in early 2001. The following year Lopez released J to tha L-O!: The Remixes and This Is Me...Then, which spawned another hit single, "Jenny from the Block."

Jennifer Lopez And Ben Affleck - A Dateline Special (Part 1) Who's Lovin' You The Miracles original version[edit] The song was written by Smokey Robinson for his group The Miracles, who recorded the song in 1960 for their first Motown album, Hi... We're the Miracles. The song is a lamentation about an ex-lover, reminiscing on how their relationship went sour and wondering who's loving them now. Brenda & the Tabulations version[edit] Though today this version is relatively obscure compared to others like those of The Miracles and The Jackson 5, it is to date the only one to place on the Billboard Hot 100. Chart history[edit] Jackson 5 version[edit] The song was issued as the b-side to The Jackson 5's first single, "I Want You Back", with a full version included on the first Jackson 5 LP, Diana Ross Presents the Jackson 5. The Jackson 5 performed this on their first Ed Sullivan Show appearance.[1] Chart Performance[edit] On May 2, 2009, the song debuted at No. 54 in UK Official Singles Chart, and peaked at No.36 in July 2009.[2] Lauryn Hill version[edit] See also[edit]

The Onion Predicted Miley Cyrus VMA Backlash In 2008 Last night, MTV's Video Music Awards aired, and the biggest takeaway has been Miley Cyrus' provocative -- some would say downright racist and offensive -- performance of her hit "We Can't Stop." The 20-year-old pop star has seen her fair share of controversies ever since hitting the spotlight with her Disney show "Hannah Montana," but this VMAs performance has really sparked the kind of outrage we haven't seen since... well, the last time a teen starlet grew older and less wholesome. As always, The Onion was able to see what was happening and accurately call out the situation long ago. Way back in June 2008, they produced this Onion News Network segment entitled "Sources Warn Miley Cyrus Will Be Depleted by 2013," comparing Cyrus to a non-renewable energy source who will be sucked dry of all value if greedy Americans don't take a moment to slow down. Check out the eerily prescient video above. Also on HuffPost:

Let Me Explain Why Miley Cyrus’ VMA Performance Was Our Top Story This Morning Over the years, CNN.com has become a news website that many people turn to for top-notch reporting. Every day it is visited by millions of people, all of whom rely on “The Worldwide Leader in News”—that’s our slogan—for the most crucial, up-to-date information on current events. So, you may ask, why was this morning’s top story, a spot usually given to the most important foreign or domestic news of the day, headlined “Miley Cyrus Did What???” and accompanied by the subhead “Twerks, stuns at VMAs”? It’s a good question. There was nothing, and I mean nothing, about that story that related to the important news of the day, the chronicling of significant human events, or the idea that journalism itself can be a force for positive change in the world. But boy oh boy did it get us some web traffic. Side note: Advertisers, along with you idiots, love videos. So, as managing editor of CNN.com, I want our readers to know this: All you are to us, and all you will ever be to us, are eyeballs.

Gretchen Carlson’s 6 most bizarre moments Gretchen Carlson, an android papier-mâchéd with tabloid clippings, has a long history of saying dumb things on “Fox & Friends.” Although Jon Stewart begged Carlson — a summa cum laude graduate from Stanford and accomplished violinist — to drop the dumb blond act back in 2009, Carlson has continued to feed the Fox trolls year after year. Just this week, Carlson seemingly hit a new low when she couldn’t wrap her head around transgender rights. Carlson’s confusion, coupled with the disturbing news that she’ll be leaving the gab fest to host her own news (“news”) program on Fox, prompted us to look at some of Carlson’s greatest hits over the past several years. The time Carlson tried to do grade-school math, and failed: She also proudly announced that she didn’t know what the word “ignoramus” meant: Ironically, Carlson expressed concern “about our kids getting an education, hello?” But she insists that her job is just like President Obama’s:

Loïc Nottet - 'Diamonds' du 24 janvier 2014, The Voice Belgique : RTBF Vidéo Vendredi 13 mars Météo Belgique 10°0° Services facebook Loïc Nottet - 'Diamonds' du 24 janvier 2014, The Voice Belgique : RTBF Vidéo Divertissement Loïc Nottet - 'Diamonds' Mardi 28 janvier 2014 1min 38s Envoyer Vue 170025 fois d'infos sur l'émission #Hashtag twitter #thevoicebe Mots-clés loic-nottet the-voice-belgique Infos complémentaires Catégorie: Divertissement Programme: The Voice Belgique Articles Liés The Voice Belgique: les autres vidéos Fabio Says He's Done With Affairs, Ready For Marriage Fabio Lanzoni, the chiseled-faced, long-haired model who graced the covers of hundreds of romance novels in the '80s and '90s, is still living the single life -– but he wants more. When "Oprah: Where Are They Now?" caught up with 54-year-old Fabio at his home in Los Angeles, he opened up about his love life. "Unfortunately, I had this amazing woman when I was younger, and she left a print on me," he says. Although Fabio says he had true, unconditional love -- he let it go. Fabio, who has never been married, says he learned his lesson after losing that relationship. Today, Fabio is looking for love. "As a matter of fact, right now I would not even waste my time with somebody just to have an affair," Fabio says. "You're over 50, you've done your time," a producer comments off-camera. With a mischievous grin, Fabio says, "You don't even know." "Oprah: Where Are They Now?"

Related:
Related:  The A through Z Listers