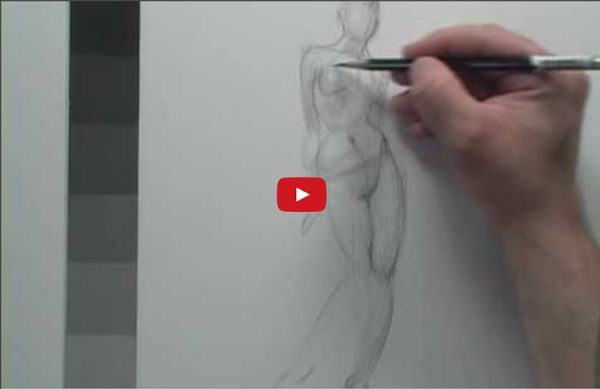 Figure Drawing References Le dessin 3D, Photoshop and more professional tutorials Artistic Anatomy Is learning to draw anatomy in a classroom more secure (since there is a teacher to check the work and possibly a book to study from) in practicing artistic anatomy drawing, or should artists focus on just practicing from images on websites/blogs like this tumblr? Asketh - pjmx24 Depending on the size of your class and where you are, your teacher can be a great guide to help you and show you what areas you need to focus on more to improve and give you good material to work from! If your class size is too big (ideally a class of no more than 15 is optimal for a teacher to give extensive feedback to all students) you might not get enough feedback to really improve as much as possible to your full potential. Outside of class (or if you have no class) you should focus on drawing in a sketchbook dedicated for life drawing/anatomy. Hope that gives you some insight!

How to Draw Gesture - Step by Step How to Draw Eyes: 25 Tutorials, Step-by-Steps, How-To’s and Reference Photos on How to Draw Human Eyes | Drawn in Black 9 Comments | August 11, 2011 Eyes… the window into the soul as they say. Below is a collection of resources on how to draw eyes to help you make sure your drawings have soul. Have fun! Tutorials UPDATE 12/10/11: If you’re looking for even more eye drawing resources, check out this great Squidoo lens on how to draw eyes compiled by Martin Stankewitz! Figure Drawing For All It's Worth by Andrew Loomis (p. 176) Drawing the Human Head by Burne Hogarth (p. 37) Eye Drawing Tutorial by Brian Huey How to Draw Eyes by Stanislav Prokopenko Drawing the Human Eye on OnlyPencil How to Draw Eyes on DrawFurry How to Draw Eyes: The Male Eye by Cataclysm-X How to Draw Eyes by JR Dunster How to Draw a Realistic Eye by DorsY69 How to draw the femal eye on Instructables Female Eye by Faith Te Drawing Cartoon Eyes by Pete Emslie Cartoon Eye Reference Sheet Manga / Anime Eyes Drawing the Manga Eye by Archvermin on DeviantArt Tutorial: Create Unique Anime Eyes by Kikariz on DeviantArt Draw Female Anime Eyes Videos

Nicholas Raynolds, Portrait Pencil Drawing, Graphite by Nicholas Raynolds (a free drawing lesson from The Artist’s Magazine, October 2010) If you focus on acquiring solid drawing skills, your painting will be much stronger. My graphite drawings are usually studies, exercises and notes, but I often begin a drawing with a painting in mind, only to find that as I become more involved, I become fully absorbed in the drawing as a finished piece. The demonstration below outlines the method by which I generally approach drawing the portrait and figure, which, in simplest terms, could be broken down into the block-in and modeling stages. This method is based on particular ways of seeing. The demonstration is also an example of graphite used as a transparent medium, which involves developing the drawing in stages of specificity. Nikoma (pencil, 10×8) by Nicholas Raynolds Nikoma: Step by Step 1. 2. Never miss a new drawing technique or tutorial with The Artist’s Magazine newsletter. 3. 4. 5. 6. Meet Nicholas M. • Online seminars for fine artists

Online | Watts Atelier of the Arts Drawing Program Developing a solid foundation in drawing is the key to a successful career in art. In the Drawing Program you can learn Fundamentals, Head, and Figure at your own pace. You can also enroll in one of the mentorship programs and receive weekly critiques. Painting Program The Painting Program covers a broad spectrum of study. Master Class ProgramsMaster classes are taught by the world-class instructors at the Watts Atelier. Get Started Now Learn art in the comforts of your own home. 3 Programs of Study (Drawing, Painting, Master Classes)Wide variety of courses with multiple phasesInstructor critiques availableWorkbooks with assignments come with every lessonOver 350 hours of content and rapidly growingShare your work and meet other students The Mentorship program brings the best of both worlds.

Are we all born with synaesthesia? – Shruti Ravindran Vladimir Nabokov once called his famed fictional creation Lolita ‘a little ghost in natural colours’. The natural colours he used to paint his ‘little ghost’ were especially vivid in part because of a neurological quirk that generated internal flashes of colour whenever letters of the alphabet appeared within his mind. In his memoir Speak Memory (1951), he described a few of them: ‘b has the tone called burnt sienna by painters, m is a fold of pink flannel, and today I have at last perfectly matched v with “Rose Quartz” in Maerz and Paul’s Dictionary of Color’. The condition he had was synaesthesia, a neurological oddity that mixes up the senses, making those who possess it see as well as hear music, or taste the shapes they set their eyes upon. Synaesthetes such as Nabokov see letters and numbers wreathed in fixed, seemingly idiosyncratic colours. Grapheme-colour synaesthesia, the term for this variety, is the most common sub-type of synaesthesia, occurring among four people in 100.

Art Inspired / Value and Tone Value is a quality of colour, how light or dark that colour is. If you took a black-and-white photograph of the colour, what shade of gray would you get? That's value, also known as tone. Chiaroscuro Pencil Shading Exercise (worksheet provided) Value Step Scales using Graphite Pencil (Otis College) From the Otis Foundation course Color and Design: Learn basic techniques of creating value steps using graphic pencil Shading and Blending This brilliant tutorial is all about shading and blendng, so let start and get lot of tips and amazing techniques. How To Draw A Human Figure - Drawing The Figure From Your Mind | My Drawing Tutorials - Art Made Simple! Hello and today we are going to learn how to draw the human figure from imagination. We’re going to start out by drawing a simple human stick figure. When trying to draw a figure from your mind, it is very helpful to first draw a simple stick figure that you can build on. It is very similar to when a sculptor is creating a figure statue out of clay. He will first create a skeleton figure out of metal wires that he can then add clay to. The process of drawing the stick figure will be very similar to the second lesson in the figure drawing lesson series (Lesson #2 – Drawing Human Proportions Using Stick Figures) but in today’s video, we’ll practice drawing this stick figure in a few different poses so you can get some practice drawing a figure from your mind. After watching and drawing along with the video, practice drawing a lot of these stick figure in different poses on your own. Quick Tip: Draw With Your Shoulder… Of course you are engaging the wrist as well. No questions asked.

How to draw a head: master the 8 most common angles Learning how to draw a head is no easy feat. But as a story artist – or any aspiring artist – you should be able to draw characters from any angle, so mastering this skill is vital. While there are an almost infinite number of angles to choose from, there are some that come up regularly in the visual storytelling process. This short lesson will cover what these angles are, and break down how to draw a head from those angles – so grab your best pencils and follow along. The head is an incredibly complex structure. Using these two basic shapes, you can set up the foundation for a drawing of a head at any angle. How to draw a head: 8 common angles The angles you’ll encounter the most as a story artist are: ProfileStraight onUpUp three-quartersDownThree-quartersDown three-quartersRear three-quarters You will find yourself returning to these angles over and over again, so it’s good to know them well enough that you can whip them out with your eyes closed. 01. 02. 03. 04. 05. 06. 07. 08.

Here is an Artist's Guide to Drawing the Human Head We are fierce believers that drawing the human face takes practice, but it isn’t work. That is because there are rules to follow and an effort to put behind it, but the process isn’t anything but something to revel in if you have artistic leanings. So enjoy more than a dozen tips on drawing the human head from one of our favorite artists Paul Leveille and then see about further embarking on a portraiture voyage with the sketches and insights from Everett Raymond Kinstler, a seasoned expert whose book, Impressions and Observations, is a must-have for learning artists. First, It’s Not a Race I drew The Fisherman in pencil on Canson heavyweight drawing paper. Canson drawing paper has a strong texture that I enjoy working on. Drawing the human head correctly takes practice, but I never consider it work. First, while you’re learning to draw a portrait, keep in mind that you’re not in a race. Begin With Simplified Planes Planes D Try drawing the head in simple planes in a variety of positions.