The Fibonacci in Lateralus 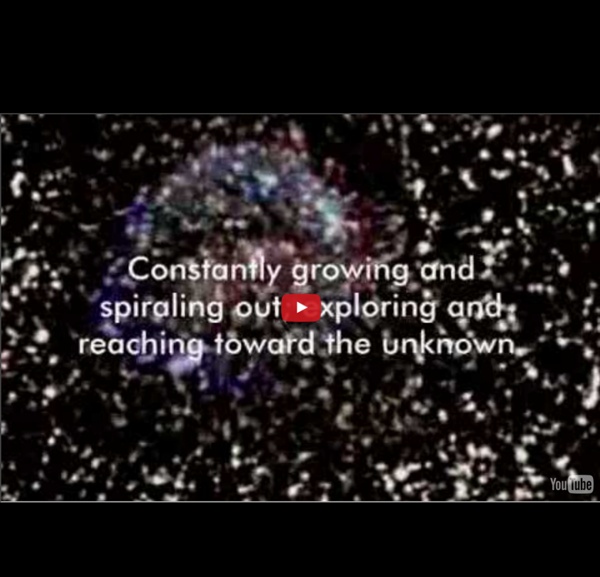 The 'Infinity Room': One of Many Ways to Imagine Infinity | Artists, Physicists, Mathematicians and Philosophers Contemplate Infinity As I stepped into the Infinity Environment on Wednesday morning (Feb. 1), I heard faint gasps from those around me. With apprehension, we entered a stark white, brilliantly lit room with no edges. The curved walls and angled lighting minimized shadows, giving the illusion that we were staring into a continuum. With no visual reference points anywhere in the room, my eyes flickered about, desperate for something to focus on; it was impossible to tell how far space extended, if at all. "There is no other time in your life when you will look out and see nothing at all," one young woman, an art student, whispered. The Infinity Environment, an art piece by Doug Wheeler, is currently on display at the David Zwirner Gallery in New York City. Art is one way to grapple with infinity. Andy Albrecht, a cosmologist and the chairman of the physics department at the University of California, Davis, has used the same analogy since he was a student. But others think it might be.

Four color theorem Example of a four-colored map A four-coloring of a map of the states of the United States (ignoring lakes). In mathematics, the four color theorem, or the four color map theorem, states that, given any separation of a plane into contiguous regions, producing a figure called a map, no more than four colors are required to color the regions of the map so that no two adjacent regions have the same color. Two regions are called adjacent if they share a common boundary that is not a corner, where corners are the points shared by three or more regions.[1] For example, in the map of the United States of America, Utah and Arizona are adjacent, but Utah and New Mexico, which only share a point that also belongs to Arizona and Colorado, are not. Despite the motivation from coloring political maps of countries, the theorem is not of particular interest to mapmakers. The four color theorem was proven in 1976 by Kenneth Appel and Wolfgang Haken. Precise formulation of the theorem[edit] History[edit]

A mathematical bug shows us why the 3D universe leads to Murphy's Law Let's also not forget that unlike, a path, the movement of any string no matter how thin is at least partially governed by the slight recoiling that occurs at the bends and curves. I think analogies are wonderful for explaining complex systems to simple folk like myself, but I hate it when "scientists" try to prove a mathematical system with an insufficient metaphor. Exactly what I was thinking. Like if you have a spiral, and you imagine this bugs walk is from the top spiralling down, this bug cannot actually walk directly downwards because another part of the spiral is already there, no matter how much you try to randomise it with shaking.

Uncovering Da Vinci's Rule of the Trees As trees shed their foliage this fall, they reveal a mysterious, nearly universal growth pattern first observed by Leonardo da Vinci 500 years ago: a simple yet startling relationship that always holds between the size of a tree's trunk and sizes of its branches. A new paper has reignited the debate over why trees grow this way, asserting that they may be protecting themselves from wind damage. "Leonardo's rule is an amazing thing," said Kate McCulloh of Oregon State University, a scientist specializing in plant physiology. "Until recently, people really haven't tested it." Da Vinci wrote in his notebook that "all the branches of a tree at every stage of its height when put together are equal in thickness to the trunk." In other words, if a tree’s branches were folded upward and squeezed together, the tree would look like one big trunk with the same thickness from top to bottom. Once the skeleton was completed, Eloy put it to the test in a virtual wind tunnel.

The nature of nothingness Zilch… Naught… Nada… It’s easy to dismiss the concept of nothing as, well, nothing. In fact, nothing is everything to science – understanding the intangible voids has lead to breakthroughs we could never have imagined possible. Read on to find out why nothing is more important than nothing… Nothingness: Zero, the number they tried to ban Every schoolchild knows the concept of zero – so why did it take so long to catch on? Read more: "The nature of nothingness" I USED to have seven goats. This is not a trick question. This is a tangled story of two zeroes: zero as a symbol to represent nothing, and zero as a number that can be used in calculations and has its own mathematical properties. Zero the symbol was in fact the first of the two to pop up by a long chalk. It is through such machinations that the string of digits "2012" comes to have the properties of a number with the value equal to 2 × 103 + 0 × 102 + 1 × 101 + 2. This particular number has nothing missing. Facing the void

Mathematics as the raw material for art Kat Austen, Culture Lab editor (Image: Hiroshi Sugimoto) In a new Paris exhibition, prizewinning mathematicians team up with artists to inspire works that bring intangible concepts to life Mathematics - A Beautiful Elsewhere, Fondation Cartier, Paris, until 18 March IF YOU think of cosmology, you picture colourful nebulae; with neurology, intricate brain scans. The product of the collaboration is the exhibition Mathematics - A Beautiful Elsewhere, at the Fondation Cartier in Paris, France. Ambitious perhaps, but the team has impressive credentials: the mathematical line-up boasts three Fields medal winners, including 2010 recipient Cédric Villani. Although some of the works might also fit well in a science museum, they are very much at home in the airy halls of one of Paris's premier contemporary art spaces. One example of artistic licence has made it into the show. But it is a tangible realisation of impossibilities that awaits in the exhibition's final room.

Ralph Abraham Ralph H. Abraham (b. July 4, 1936, Burlington, Vermont) is an American mathematician. He has been a member of the mathematics department at the University of California, Santa Cruz since 1968. Life and work[edit] Ralph Abraham earned his Ph.D. from the University of Michigan in 1960, and held positions at UC Santa Cruz, Berkeley, Columbia, and Princeton. He founded the Visual Math Institute[1] at UC Santa Cruz in 1975, at that time it was called the "Visual Mathematics Project". Abraham has been involved in the development of dynamical systems theory in the 1960s and 1970s. Another interest of Abraham's concerns alternative ways of expressing mathematics, for example visually or aurally. Abraham developed an interest in "Hip" activities in Santa Cruz in the 1960s and set up a website gathering information on the topic.[3] He credits his use of the psychedelic drug DMT for "swerv[ing his] career toward a search for the connections between mathematics and the experience of the Logos".[4]

5 Seriously Mind-Boggling Math Facts by Natalie Wolchover | January 25, 2013 07:19am ET Credit: public domain Mathematics is one of the only areas of knowledge that can objectively be described as "true," because its theorems are derived from pure logic. Some people find math boring.