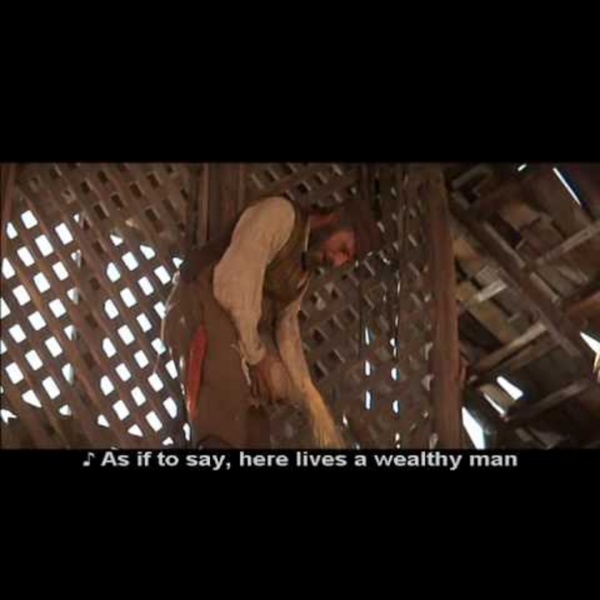 Boys in the street The boys are playing games on their mobile devices - smartphones and a tablet computer. They don't seem to be interested in what is going on around them, even though they must be in a sort of an ancient city. It's probably summer, because the boys and the girls are wearing light clothes: shorts, sandals, flip-flops and T-shirts. In this photo I can see some boys and two girls. There are an empty pizza box and a can of Coke next to the boys, so they must have had their meal after an exhausting walk around the city. The boys are sitting in front of an iron gate, between two columns.﻿ This photo must have been taken in a city street, as we can see a front of a building and a part of a pavement. Do you like travelling with friends who are the same age as you? Tell me about the last time you or somebody you know went on a school trip. What do you think the boys are going to do next?

Song lesson - Nicest thing by Kate Nash Practise I wish constructions with this song and and a couple of exercises Reminder about I wish / If only The song The song contains several instances of 'I wish', but in only two of the three forms. You have a choice. You can see the words of the song with the missing verbs, decide where each verb goes and what form it should be, in which case click on 'Show verbs'. Nicest thing - Kate Nash Fill the gaps with the verbs you hear - after pronouns use the contraction 'd for would be (x2) · can (x2) · can't · dress · think always want · have · hold · love · need · never forget be (x2) · break · can be · can see · can't eat · go · mean · say Links YouTube Related posts English page verbes irréguliers Englishpage.com's Irregular Verb Dictionary for English learners contains over 370 irregular verbs used in modern English as well as flashcards and exercises to practice those forms. To view our Extended Irregular Verb Dictionary, which contains over 470 verbs including rare and antiquated forms, Click Here. List of Irregular Verbs Irregular Verb Flashcards and Drills If you want to learn irregular verbs, you need to practice, practice, practice. Common Questions about English Irregular Verbs What are irregular verbs? Irregular verbs are verbs which do not follow normal rules for conjugation. How many irregular verbs are there in English? Englishpage.com has conducted an extensive text analysis of over 2,000 novels and resources and we have found 680 irregular verbs so far including prefixed verbs (misunderstand, reread) as well as rare and antiquated forms (colorbreed, bethink). What are some examples of irregular verbs? Good examples of irregular verbs include have, understand and draw.