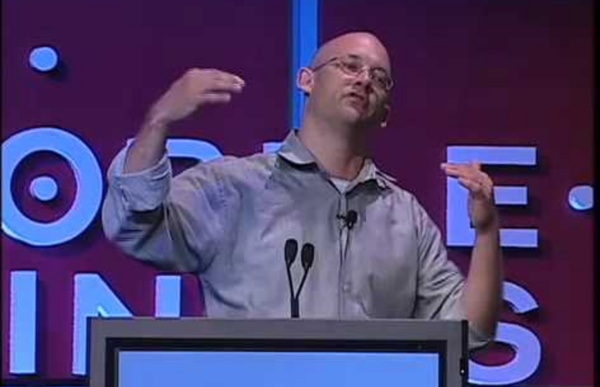 New report says Foxconn employees abused Foxconn, the world’s largest manufacturer of electrical components, is facing a leaked report that states the company abuses its employees. The report also says that the company has been responsible for harsh punishment, illegal labor practices and unsafe working conditions for its workers. In May,it was reported that 11 workers had committed suicide and that the last employee had only been working for Foxconn for 42 days. The tense situation ended with Foxconn announcing a 30% pay-raise for its workers. A survey, conducted by more than 60 teachers and students from 20 different universities in Hong Kong and Taiwan found that at the company’s Shenzhen, Kunshan, Taiyuan, Wuhan and Shanghai plants, workers were being abused and were the victims of other human rights violations. Global Times has reported that 38.1% of all Foxconn workers had been subject to privacy invasion by management and that 16.4% had been physically abused. Image Source: Gizmodo

Content Is No Longer King: Curation Is King What Would a Fair-Labor iPod Cost? - Umair Haque - Harvard Busin by Umair Haque | 4:52 PM July 30, 2009 Just how much of a Constructive Capitalist is Apple? There’s been a ton of discussion about Apple’s Chinese suppliers, and their relatively poor labour conditions recently — along the lines of, “enjoy your sweatshop produced iPods, evil Americans.” What’s more interesting is the counter-factual: how much would it cost to produce a “Good iPod”? One not produced in a sweatshop, but under decent labour conditions. That’s what I calculated. The results are surprising. Now, these numbers aren’t exact — they’re estimates I threw together in 20 minutes. Is a 23% price difference between a “Good” and “Evil iPod” worth it — to Apple, society, communities, and our economy? I think the real question is: how long can we afford not to? The American manufacturing sector has been eviscerated by an insistence on near-term cost-cutting — and today, our lack of standards and manufacturing competence has led to a dearth of innovation exactly when we need it most.

Why Social Media Curation Matters - Technorati Blogging Over the past few weeks I've raved about the current raft of social media curation start-ups. I've rambled on and on about all of the new features that are being added to sites like Curated.By, Storify and Keepstream. What I haven’t explained to my friends, family, Twitter followers and just about anybody I engage in tech conversation with for more than a couple of minutes, is why it all matters. With registered Twitter users numbering somewhere in the region of 150 million, their fire hose is pumping out tens of millions of tweets a day. Granted, not all of this data is worth capturing. So, how do you decide what’s worth keeping?

Google Fashion Shopping Site Makes Debut Google The site allows shoppers to use the choices of prominent style makers as inspiration. Its developers expect most users to find their “style twin” and shop in that individual’s boutique. On Google’s new fashion Web site, visitors can browse boutiques created by designers, celebrities, bloggers and other users. But go a couple of blocks from the main building, and the mood and the desk décor are conspicuously more invested in style. In a deliberate collision between nerds and fashion mavens, Google has created a new e-commerce site that significantly improves how fashion is presented and sold online. Boutiques.com has so many capabilities and components that even Google engineers have a hard time qualifying it. It is a place, then, to show off your fashion acumen, much as millions of Polyvore users already do in their picture collages. It is also a source of inspiration. The process at Boutiques.com is accomplished through visual search technology, and what style experts like Ms.

The Problems With Friends Lists I’m trimming a few of my friends in Facebook. Not a ton, but a few folks who are wonderful for wanting to follow me, but who I haven’t really interacted with in well over a year. (Quick note: none of the people in the picture to the left were being trimmed. I just took a snap of where I was in the list.) The Emotions Around the Data What strikes me is that this is a potentially emotional exchange to what should be a simple choice of data management. It says you’re not important. And yet, the decision is almost always unemotional in nature to the person doing the trimming. Right? So there’s a disparity between what the act means to the person removing versus the person who feels removed. Clustering and Other Sorting Mechanisms In a way, Facebook is flawed in this way. What about proximity (as per my other post)? It’s All A Strange Synthetic Our friend behavior matches what software developers have designed. There’s more to this. You? ChrisBrogan.com runs on the Genesis Framework

Revealed: Inside the Chinese suicide sweatshop where workers toi By Andrew Malone and Richard Jones Updated: 22:14 GMT, 11 June 2010 When Apple boss Steve Jobs unveiled his latest creation this week, the event was given quasi-religious significance. At a ceremony in San Francisco, more than 5,000 supplicants paid homage to a man hailed by some as a visionary. Tickets to the event cost £1,000 - and guests watched in awe as Jobs, in his trademark black turtleneck jumper and blue jeans (he wears the same outfit seven days a week), held up the new Apple iPhone in front of a giant computer-generated image of himself. With Apple now the biggest computing company on the planet, the 55-year-old could have been forgiven for looking smug. Steel wire meshes have been fitted to windows at Foxconn's factory to stop workers jumping after a rash of suicides believed to be due to harsh management practices From those humble, supposedly spiritual beginnings, he is now a business behemoth, eclipsing Bill Gates at Microsoft as the most powerful man in computing.

Federate or Aggregate? Inventor and tech philosopher Dave Winer Twittered tonight that federation is the hot thing, pointing to a New York Times article about Facebook Connect. And just like that, he touched upon the third rail of our increasingly social web. The big question facing the social web depends on the direction it needs to take. A sharp increase in the number of web services and social networks has many of us yearning for a single sign-on, which has led to the idea of “federation.” United Federation of the Social Web Federation, as explained on Wikipedia, “describes the technologies, standards and use-cases which serve to enable the portability of identity information across otherwise autonomous security domains. Facebook Connect, which was announced in May and is being rolled out this week, allows you to use your Facebook login to access Facebook’s partner web sites, then broadcast what you are doing on those sites to everyone on Facebook. HyperAggregate A Privacy Problem?